AiT. A Fashion and Lifestyle Special.

Here at AiT we like to dress well, we like to keep up with the latest in fashions. For example right now I'm wearing Bermuda shorts, shell suit trousers, a Global Hypercolour shirt and a monicle. Now AiT have shoved over to Germany it's important to keep in line with the German fashions and, as everyone knows, the most stylish Germans are the fans of MSV Duisburg. We were delighted to be there as MSV Duisburg unveiled their Autumn 2012 collection and can offer you a look at this years fashions must haves. 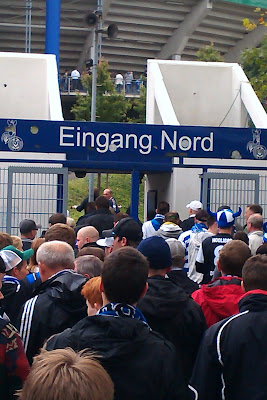 Anticipation for the unveiling of the new collection was high. It made the queue for the Next Boxing Day sale look like the queue for Gary Glitter comeback tour tickets. 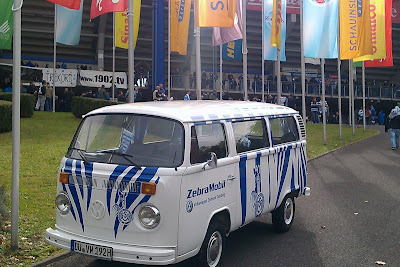 The models arrived in 5 star luxury in the MSV Duisburg fashion wagon. 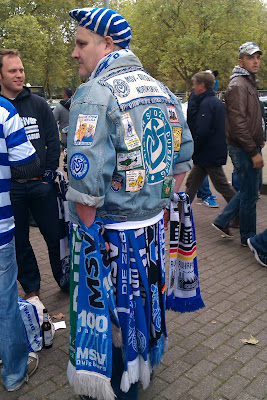 Immediately the crowd were in raptures. Brilliant. The timeless denim jacket covered in patches and scarves combo given a modern twist with the cap made from Tesco carrier bags. There were some minor grumbles in the crowd that too much denim was on display and patch levels were disappointingly low. 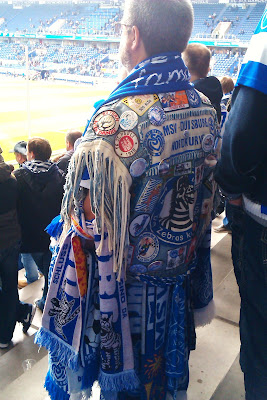 This criticisms were immediately answered with the next model. Bravo! Bravo! 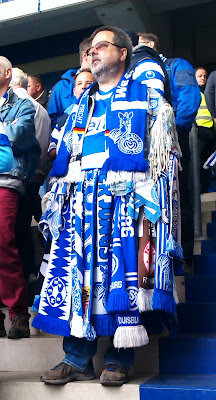 Wonderful. Truly splendid. A skirt made entirely off football scarves. Audacious but I think MSV Duisburg fans can pull this look off. 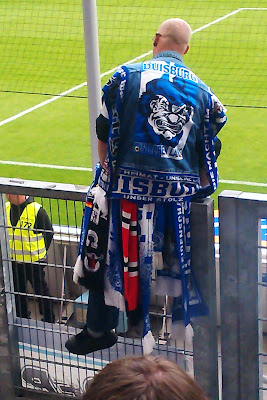 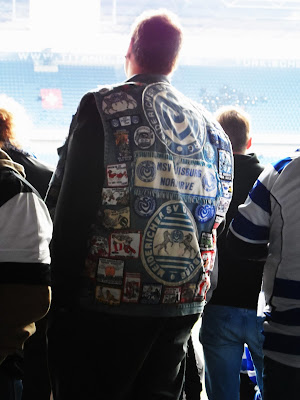 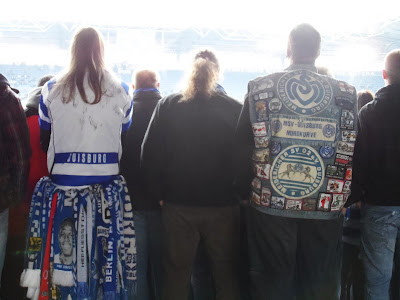 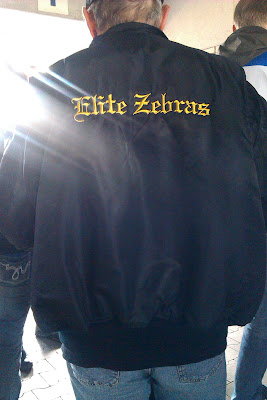 An update on the always popular words on back of coats style, think NAF NAF, think NASA, those are the past. In a few weeks time you'll be wearing Elite Zebra as well. 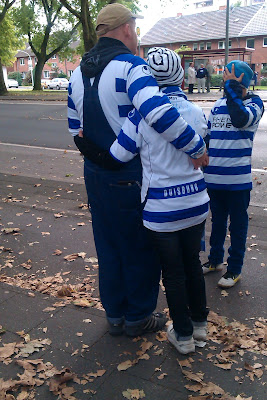 Sadly not all the MSV Duisburg collection was up to standard. Upon viewing the MSV Duisburg dungarees this young fashion critic immediately face palmed himself. The sound of all those in attendance face palming themselves was deafening. There's not been a bigger fashion disaster Kris Kross thought it would be a good idea to wear their jeans backwards and then pissed themselves. 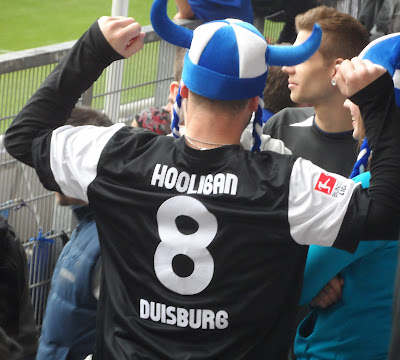 Hooligan chique? This critic isn't sure. That hat, woeful. Should have stayed on the drawing board. 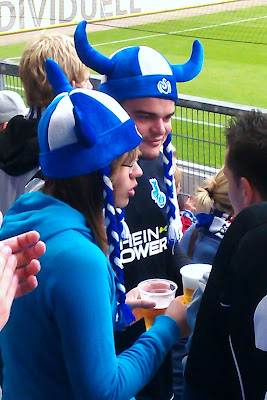 Those horns. Those tassles. A disaster. 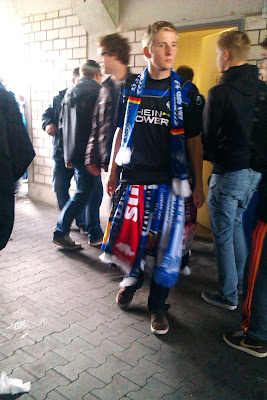 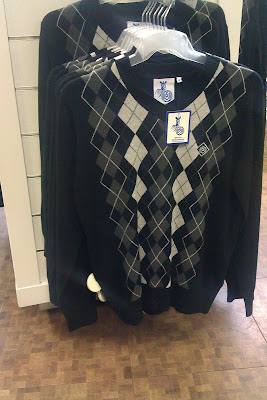 Now this, this I like. I'll be first in line when these hit Quality Seconds later this Autumn. 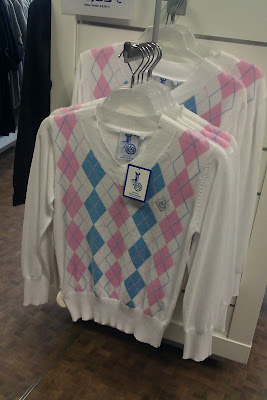 The combination of blue and pink shouldn't work but the designers of MSV Duisburg have done it again. 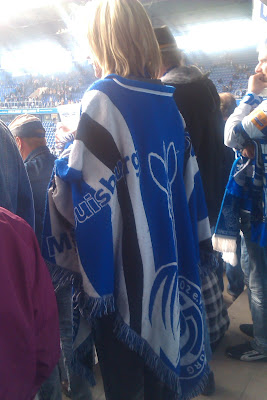 Oh sweetie the South American look is sooo in this year. The MSV Duisburg poncho is going to be the item to be seen in as you sit outside the trendy wine bars of Duisburg this Autumn. It's impossible to be unhappy in a poncho.

Its something we've all wanted for a while. The chance to give our dreary homes that MSV Duisburg look. Sometimes just wearing the clothes isn't enough, MSV Duisburg is a lifestyle brand and their first foray into homewear can be deemed a unquantifiable success. Each item is indispensable in any modern home and make purchasing these items your top priority. 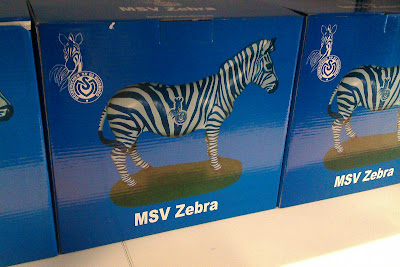 MSV Zebra. How have you survived without one? 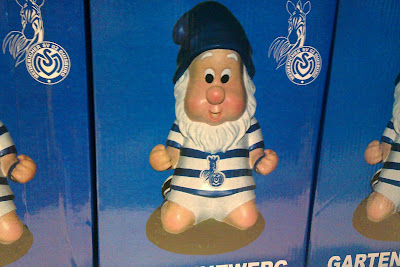 MSV Duisburg knee sliding gnome. Get. One. Immediately. Your. Garden. Pond. /. Greenhouse. Will. Never. Be. The. Same. Again. 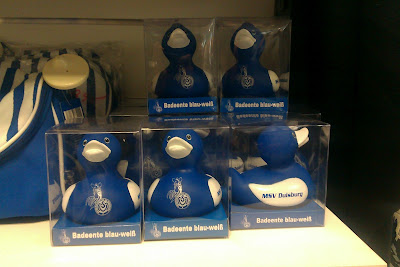 MSV Duisburg branded ducks. Coming soon to a nature reserve near you I imagine. What? Rubber? Really...? 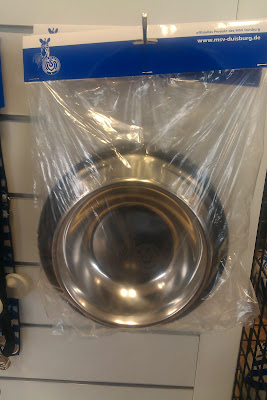 If your dog drinks from anything else other than this MSV Duisburg silver bowl you are a disgrace to society.

Once again MSV Duisburg have shown themselves to be the capital of fashion. The dungarees were a big no-no but bringing back the Ronnie Corbett look was exquisite. A triumph.
Posted by Kenny Legg at 18:38