Nightfreaks and The Sons of Becker

Sparta Lichtenberg 1-1 Berliner SC
Sportplatz Fischerstrasse
Berlin Liga
Sunday 24th September 2014
Attendance 100 (ish)
The music hints at a broken hearted middle aged DJ as the hushed and regretful “Make It Easy On Yourself” by The Walker Brothers plays, barely audibly, over the small speakers. Home supporters shuffle into their places under a damp marquee and quietly sup a mid afternoon beer. 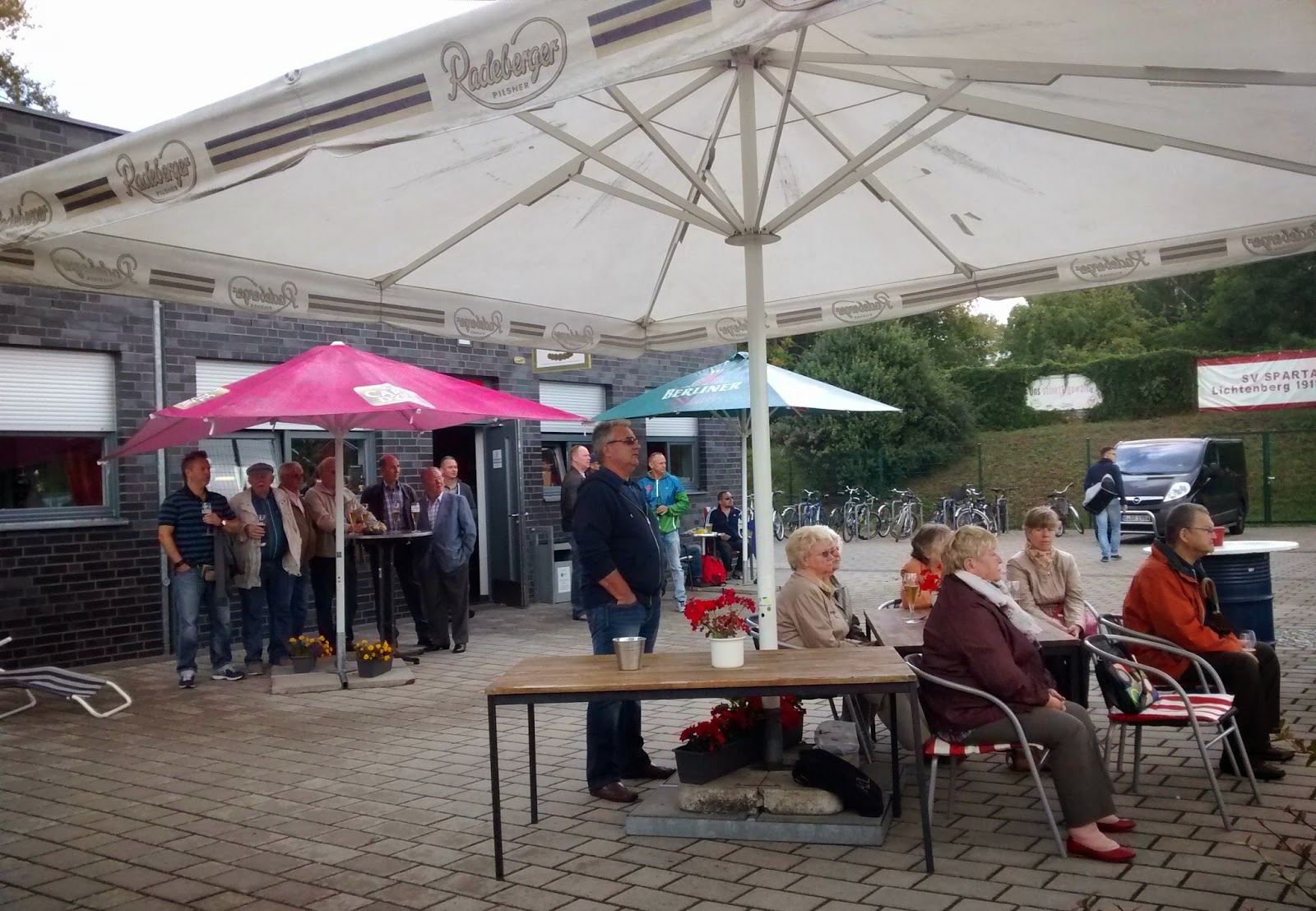 Sparta Ultras. Proper naughty little mob. Once organised a four on four with Man City and chased them out of the city with knitting needles.

Then there’s a sharp jump into the not too distant past. A jump as bizarre as a camel doing star jumps in a polka dotted bikini. The Coral’s “Talkin' Gypsy Market Blues” gets an airing. Not “Dreaming Of You” or “Don’t Think You’re The First” or that one with the jaunty steel drum bits, but track four from their second album. How does this musical combination even happen? At a hipster Berlin indie party maybe, but a level 7 game in front of less than hundred people? Who knows. A doff of the AiT backwards baseball cap to the person in charge of the music at Sparta Lichtenberg. 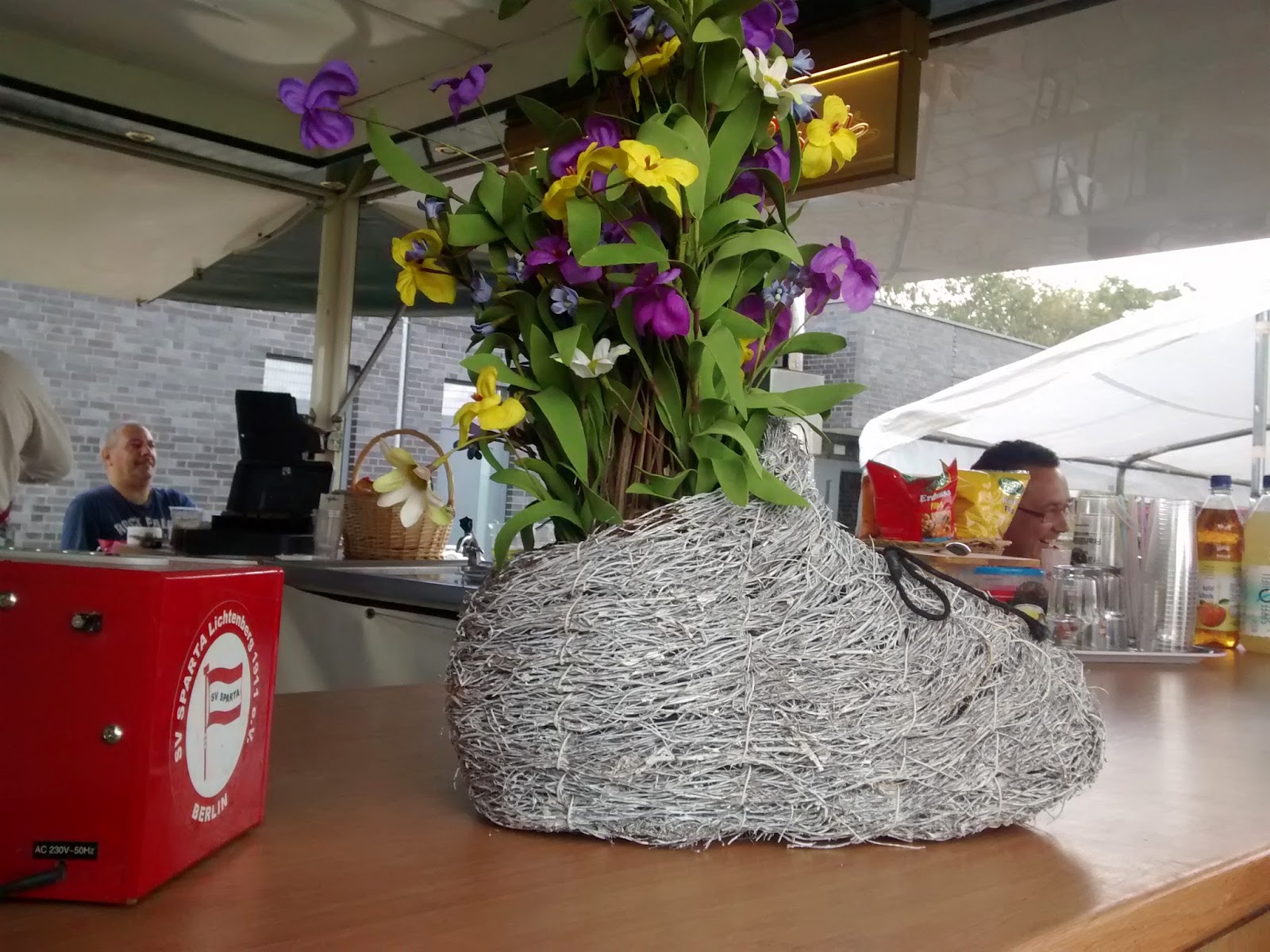 Whose living room wouldn't look better with a flower pot in the shape of a massive football boot?

I’ve (sort of) watched football long enough to know that away teams turn up at their opponents ground wearing headphones the size of bin lids, have a wander on the pitch while their ever dedicated manager goes through one of two pre match options open to him. He, A, finesses his tactical master plan, finalises his intricate free kick preparations and rehearses a Churchillian pre-match motivational speech in front of a cracked dressing room mirror in a dressing room full of the funk of Deep Heat. Or, option B, has a casual flick through the match programme to see if the home team’s manager has said anything derogatory about his club. If so, he pins it to the wall and BOSH, team talk done, if you need me lads I’ll be sat in the dugout being all enigmatic and whatevs. 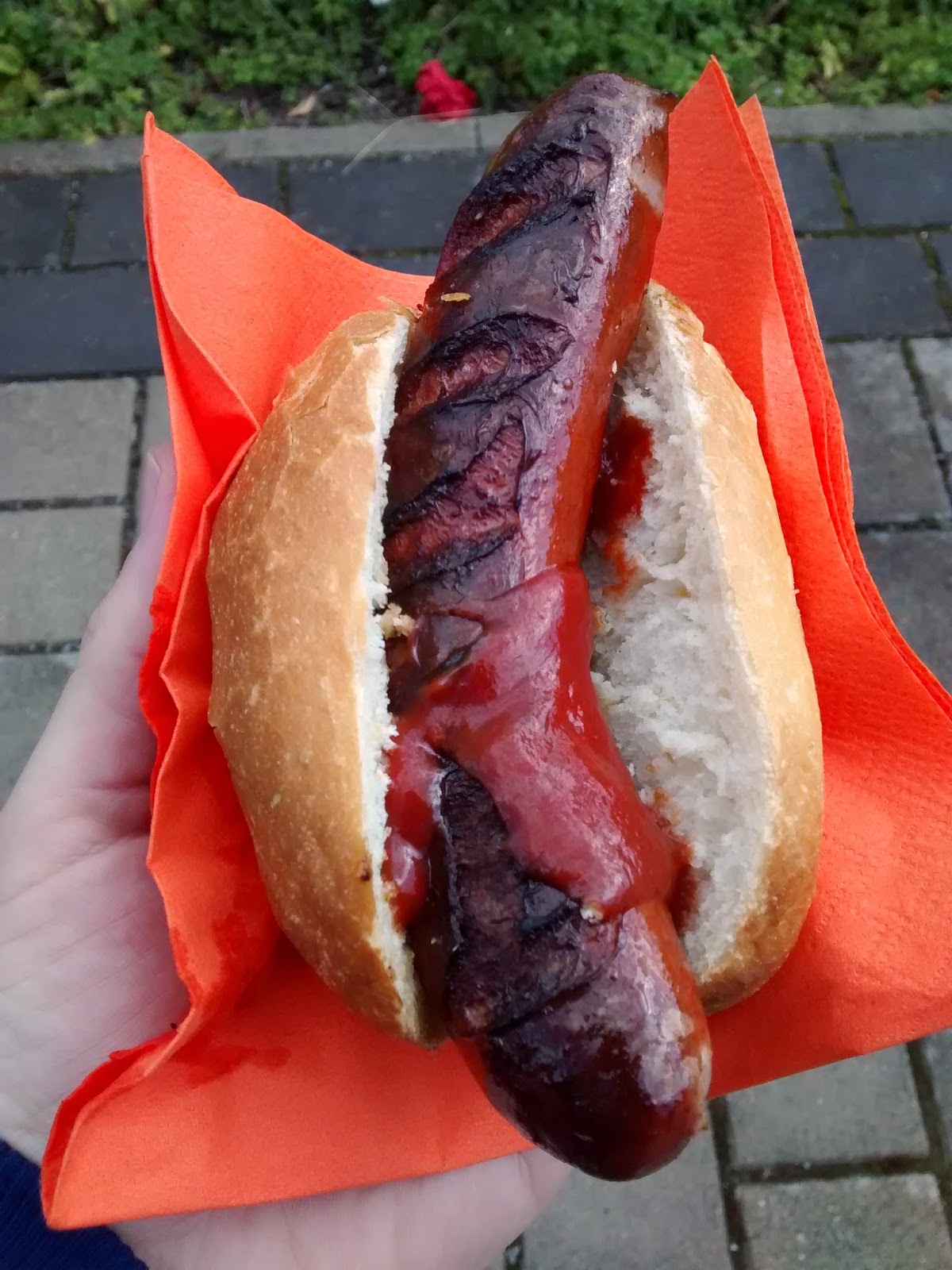 Because no German football blog should be without a picture of a sausage.


It’s managerial jackpot for Martin Krüger, his opponent number, Dragan Kostic, has sent him searching for the emergency drawing pins with joy due to the line “If you take the lead against Berliner SC you’ve as good as won.” Oof. Strong words Dragan. These programme notes pose a number of questions:
The music on the PA stops. The microphone crackles. “Eins,...eins”, which translates as “one, two, one, two.....is thing on? Give me a wave if you can hear me Geoff. Good. Here are today’s teams.” The announcer, ehh..announces that today’s referee is a Bundesliga referee and has just qualified to take charge of 3rd division games. No one cares. No applause breaks out. He then ehh..announces that the home goalkeeper is making his return to the game after a long period out injured. He waves to the crowd. No applause breaks out. He shrugs his shoulders. The game begins. 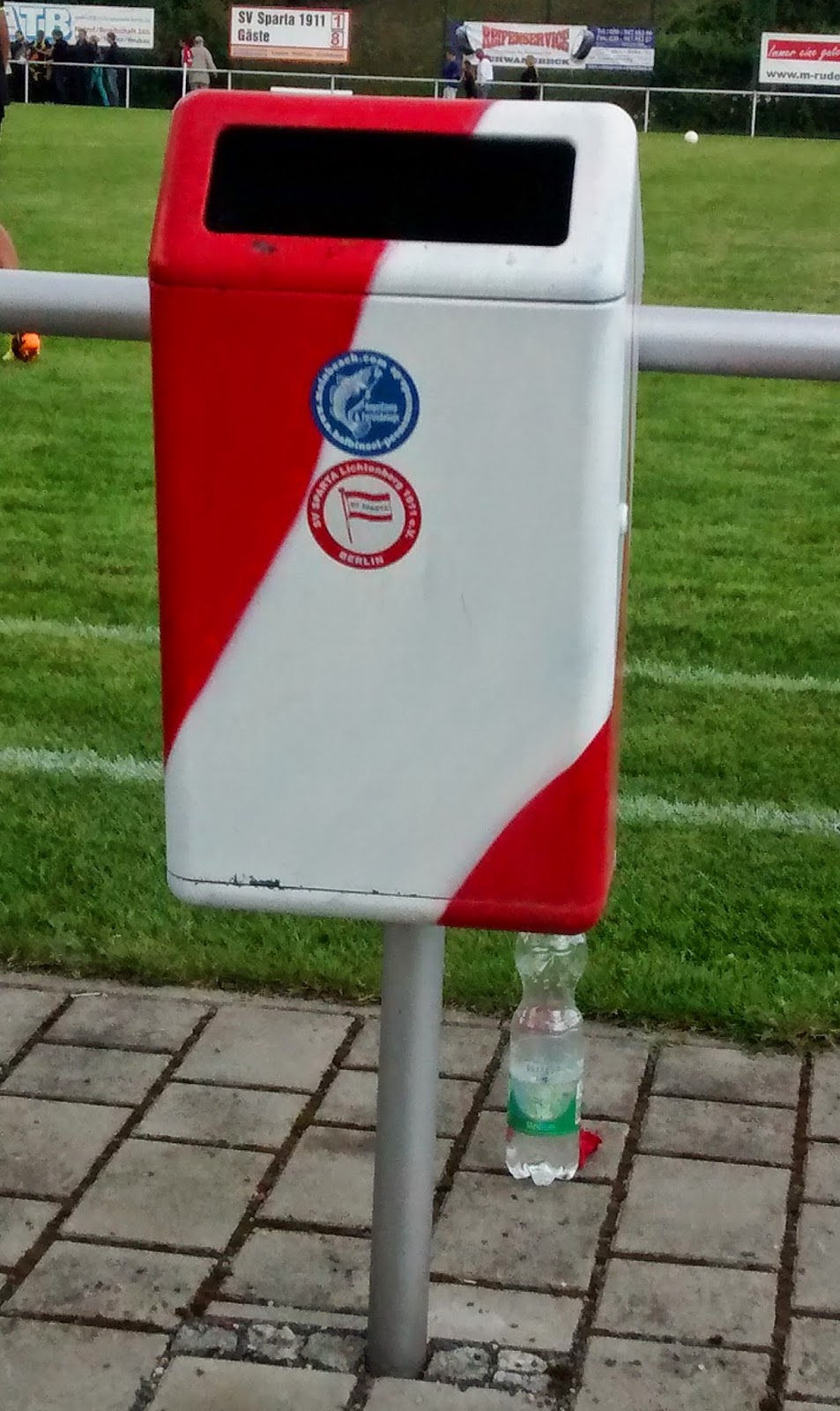 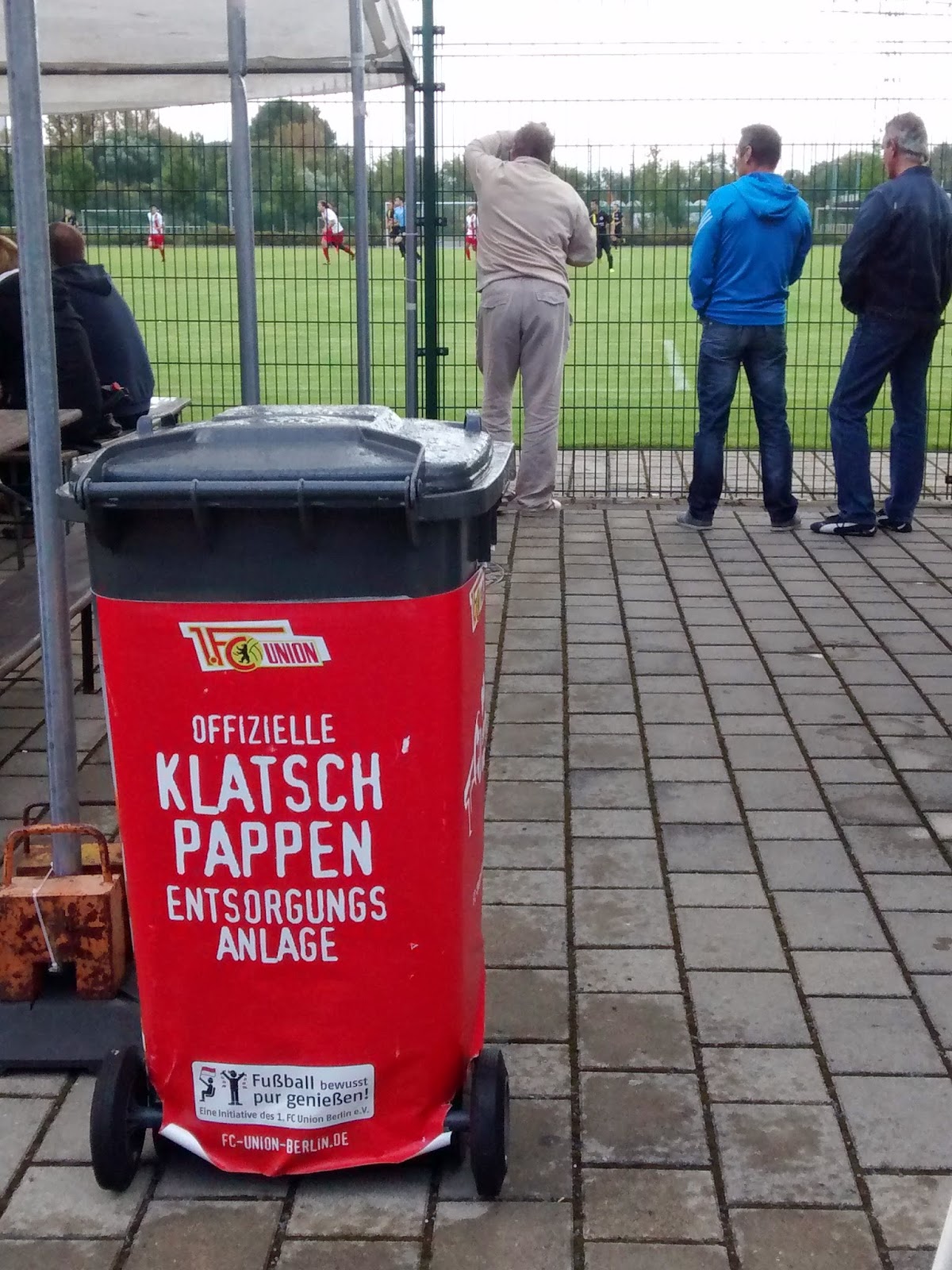 
After a frantic start Berliner SC, ohh so SO predictably, take the lead. A goal in the second minute following a quick flowing move, scored by Tolgay Asma....in fact, you could say it was a “breathtaking” start to the game. Asma. Breath taking? Hello, is this thing on? It was a decent goal formed by intricate approach which saw Berliner SC open up the home defence which allowed Asma to finish with wheeze. Asthma – not a laughing matter.  Remember to donate. 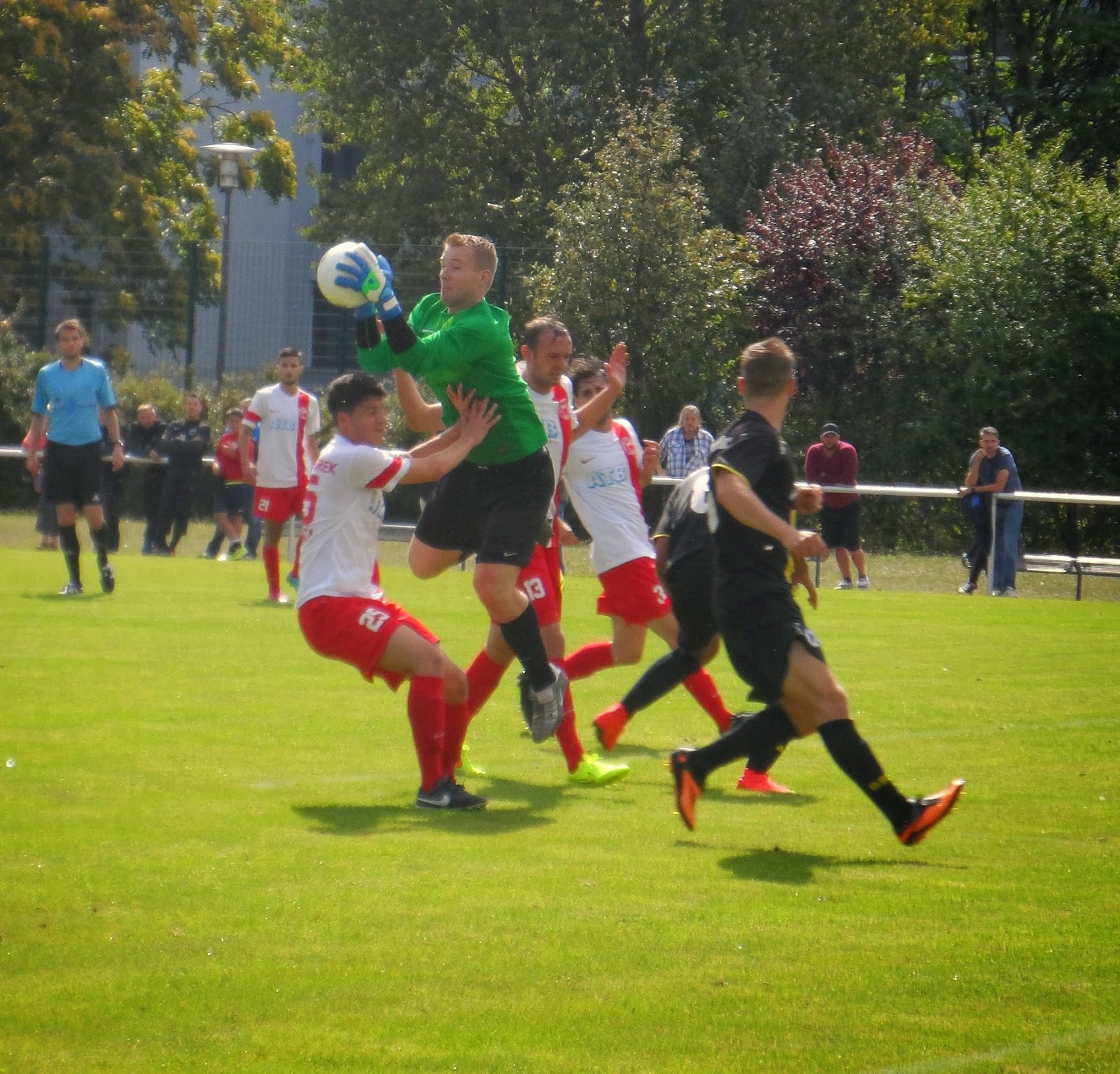 “They play well going forward but have weaknesses in defence” Kastic, Dragan (2014) on Berliner SC. Ohhh....Dragan. Stop it.

Berliner SC fight hard, fly into tackles, close their opponents down, get the ball and Pass It On (The Coral reference there, for anyone that remembers that far back) and show no signs of any weaknesses in defence. Ohhh Dragan. 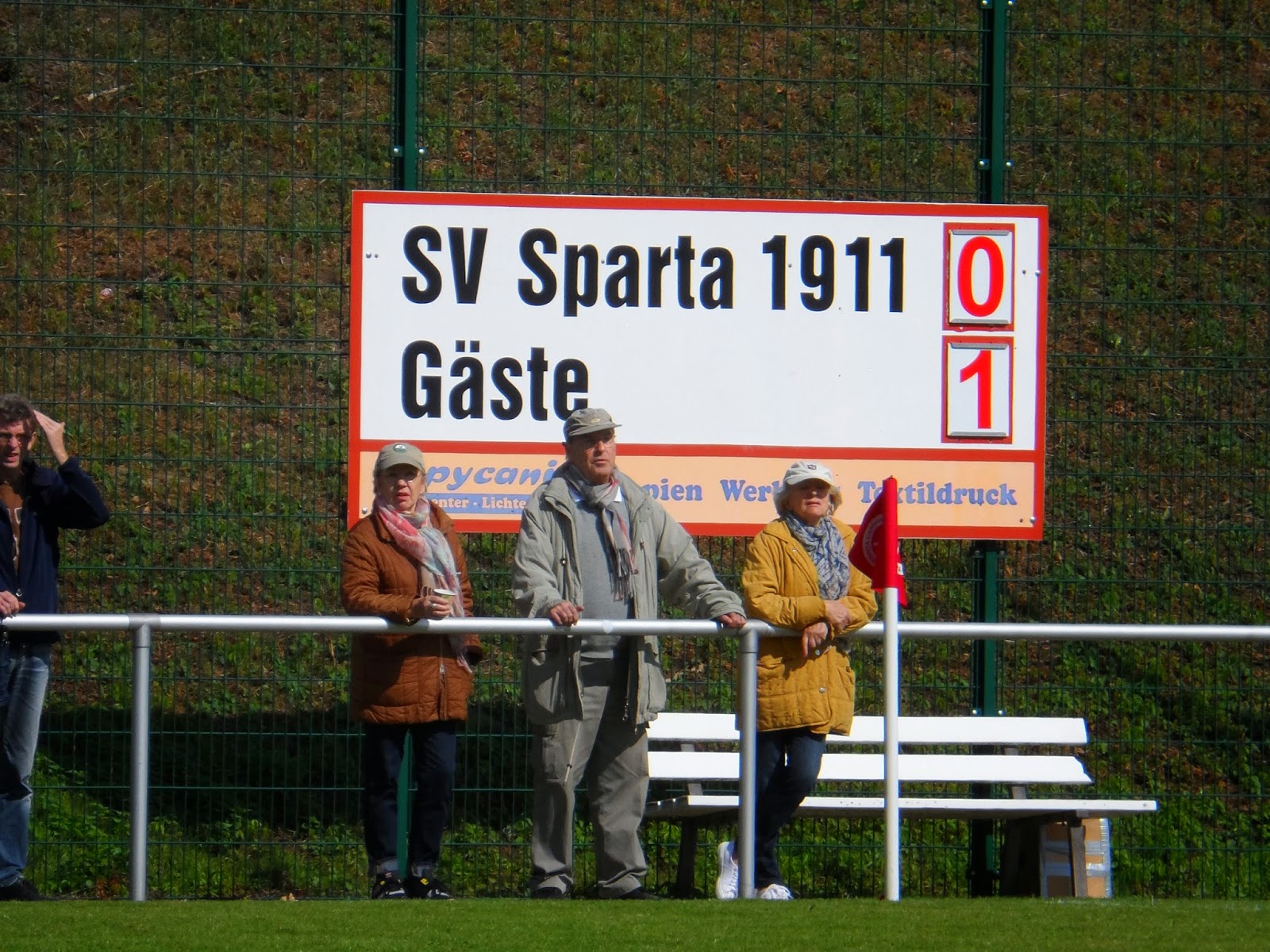 "I say Astrid, Helga what a lovely afternoon this is. I think we can get an equaliser, they're only one ahead after all.GO SPARTA!"

Dragan roars at the subs to warm up. They all wear bright yellow bibs with contain dangerous levels of “top bantz”. Names are printed on the back “Water Carrier”, “Training World Champion”, “Running Marvel” and “Heading Monster”.  #topbantz "I say Astrid, why is that dastardly woman stood on the bench. There's no reason why she should be there and she is blocking the scoreboard for those on the other side of the pitch."

The game is entertaining, Sparta get frustrated, the budget David Luiz in defence shouts at his central defensive partner, the baldy centre defender yells at the left back, he chastises (good word Kenny - thanks) the left winger and only a superb free kick equaliser from Sanid Sedjic seems to calm everyone down, slightly. 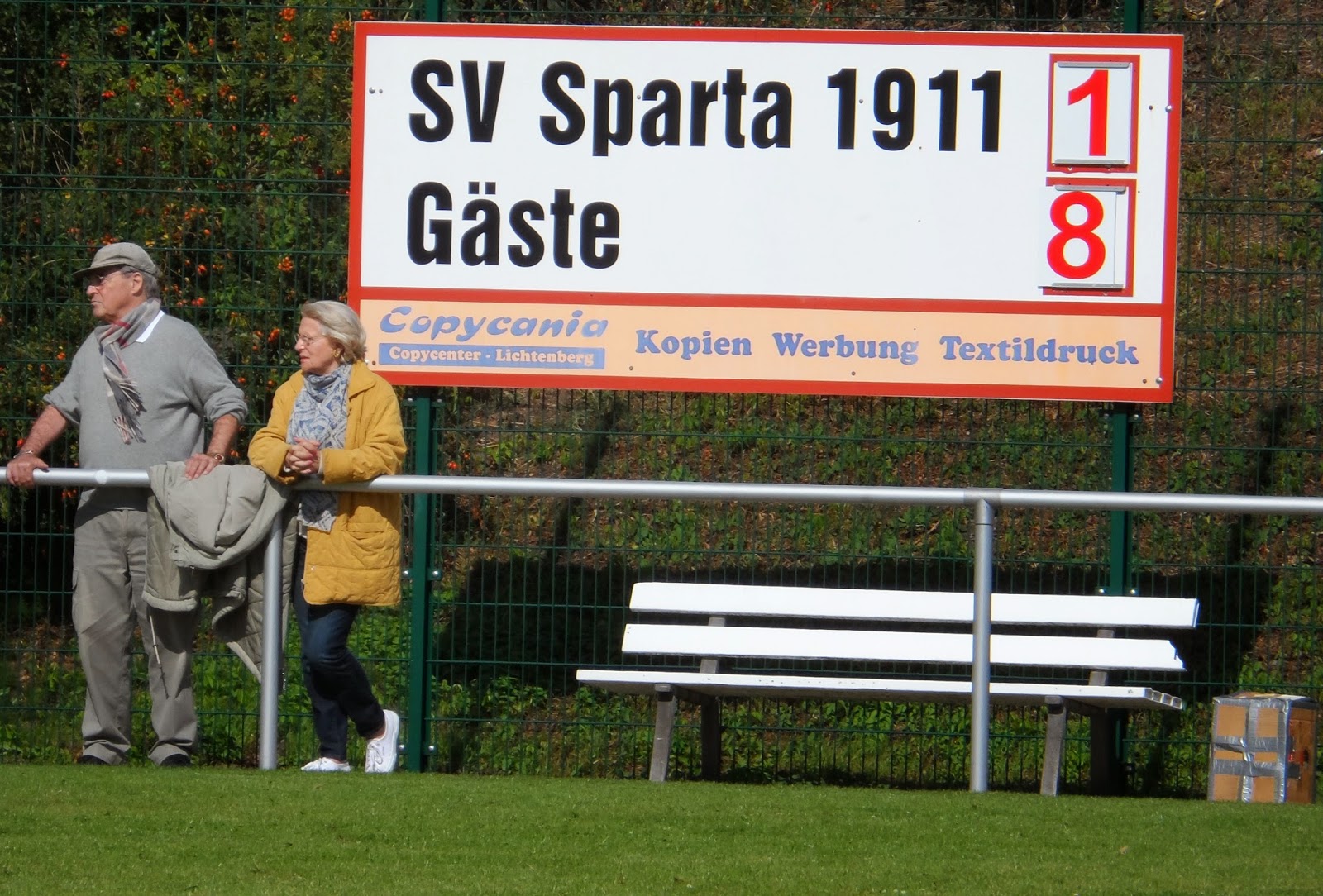 "She's messed with the scoreboard, unbelievable. Helga! Call the Polizei, no one messes with the Sparta Lichtenberg scoreboard and gets away with it."

For a less full of bullshit report have a read of Jake's report for the ever excellent No Dice Magazine.
Posted by Kenny Legg at 18:26 No comments: