Sneaking in at the KLFA Stadium, Kuala Lumpur

Please allow me to present to you the 18,000 capacity Stadium Bolasepak Kuala Lumpur, or the Kuala Lumpur Football Association Stadium if you prefer. The stadium is home to two teams; Kuala Lumpur FA and Felda United and, as I found to my embarrassment, home to school sports days.

Felda United are the team of the Malaysian Federal Land Development Authority, an organisation that oversees the resettlement of rural poor into newly developed areas, hence the slightly naff nickname of 'The Settlers'. The team was formed in 2007 ,with the aim to work with the children of settlers to "transform the youths into towering personalities" (always good to have a grand, slightly nonsensical, aim) and reach the Malaysian top flight, something they achieved in 2010 by winning the Malaysian Premier League and gaining promotion to the Super League.
KLFA were formed in 1974 and joined Malaysian top flight football in 1979, winning the league in 1986 and 1988. After a seven year absence they returned to the Super League for the 2010 season, finishing ninth and with attendances averaging 1,000. They look set to end this season slightly further down the 13 team Super League table.

The club have just announced a link up with Liverpool, this will see Liverpool assist in the development of the KLFA Academy and no doubt see (shell suit) trouser a few Malaysian Ringgits. 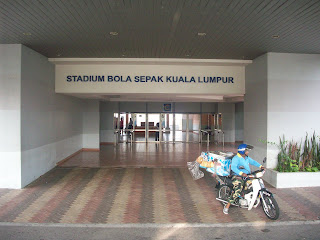 Happily my arrival coincided with the arrival of an Ice Cream Motorbike. I say happily, this bastard followed me round Kuala Lumpur for three days and made a fortune. 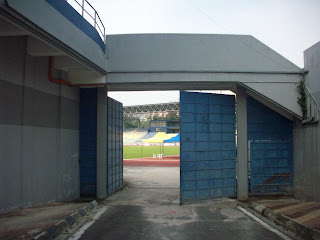 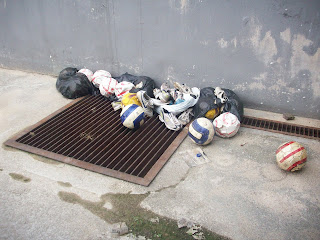 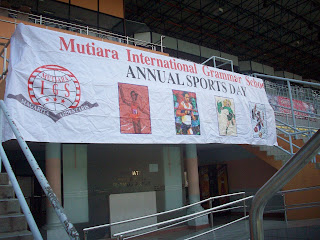 The crushing realisation I'd (magic) gatecrashed a school sports day. 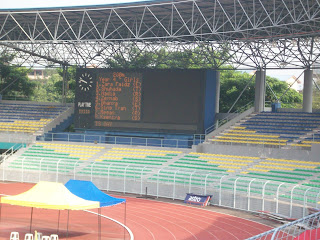 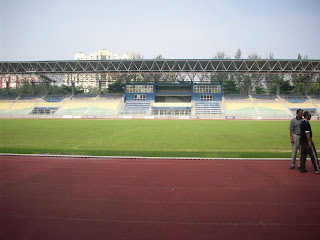 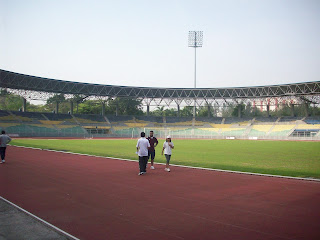 The British relay team carry out another shambolic handover. They shouldn't even be here. Embarassing. It's a school sports day you losers!! 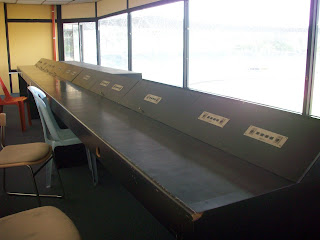 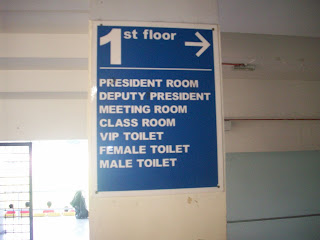 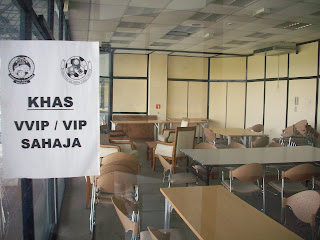 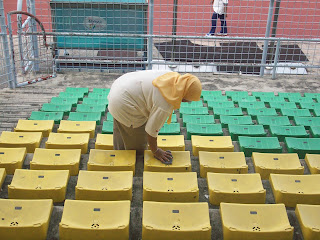 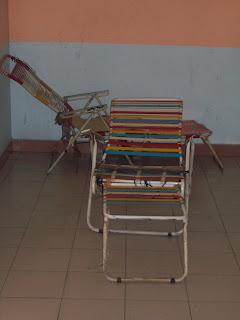 The sun loungers weren't the best. They were inside for a start.

Sadly I wasn't able to find the magic gate of the nearby 87,000 capacity National Stadium. Getting past security wasn't a problem though. 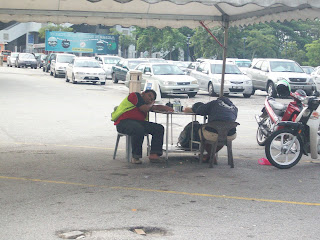