Purposely remote to keep you fashionistas and hipsters out, the German town of Aue is the centre of this year's fashion world  The town's chic epicentre is it's football stadium, where modern fashion trends are dictated and lifestyles shaped. AiT was there when Erzgebirge Aue launched their 2014 collection and we can now give you an exclusive glimpse into what you'll be wearing by the time it's already gone out of fashion and highlights what's in in interior design.

It's official! HATS ARE BACK!!
We've been waiting for hats to make a triumphant comeback and this woolly, rolled up number is so damn triumphant it should be paraded round Aue on it's own open top bus tour.

The model. A classic weather beaten German look. Sausage gripped with both hands, dodgy moustache and  make up which screams "those shots at 3am were a bad idea". We love it. 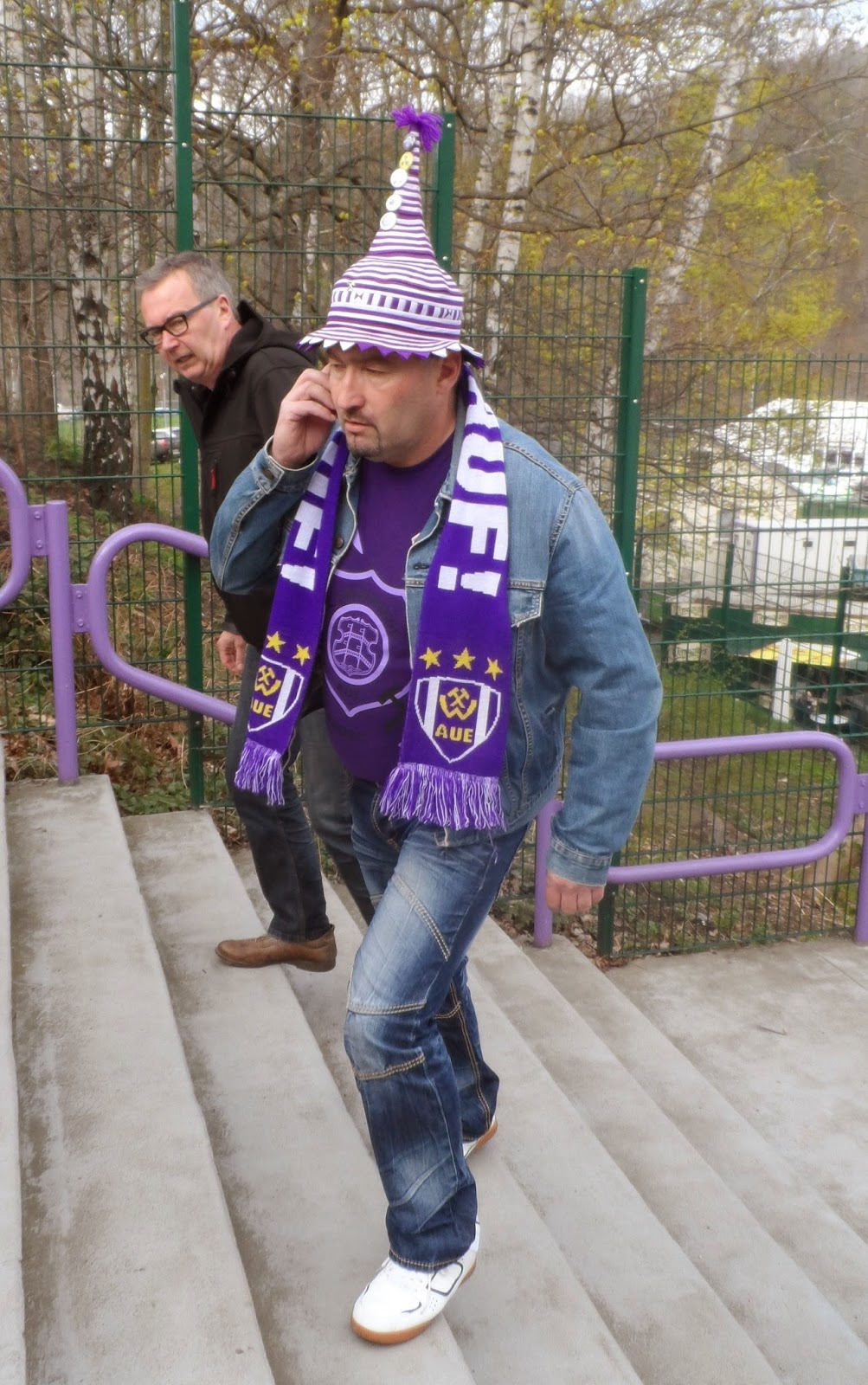 Hats. YES! Rolled up......rolled further up....rolled right up....finally rolled into a point that gestures gloriously to the sky where the fashion gods nod approvingly and provide rapturous applause. Comes with optional AM radio antenna that can be incorporated into the peak. 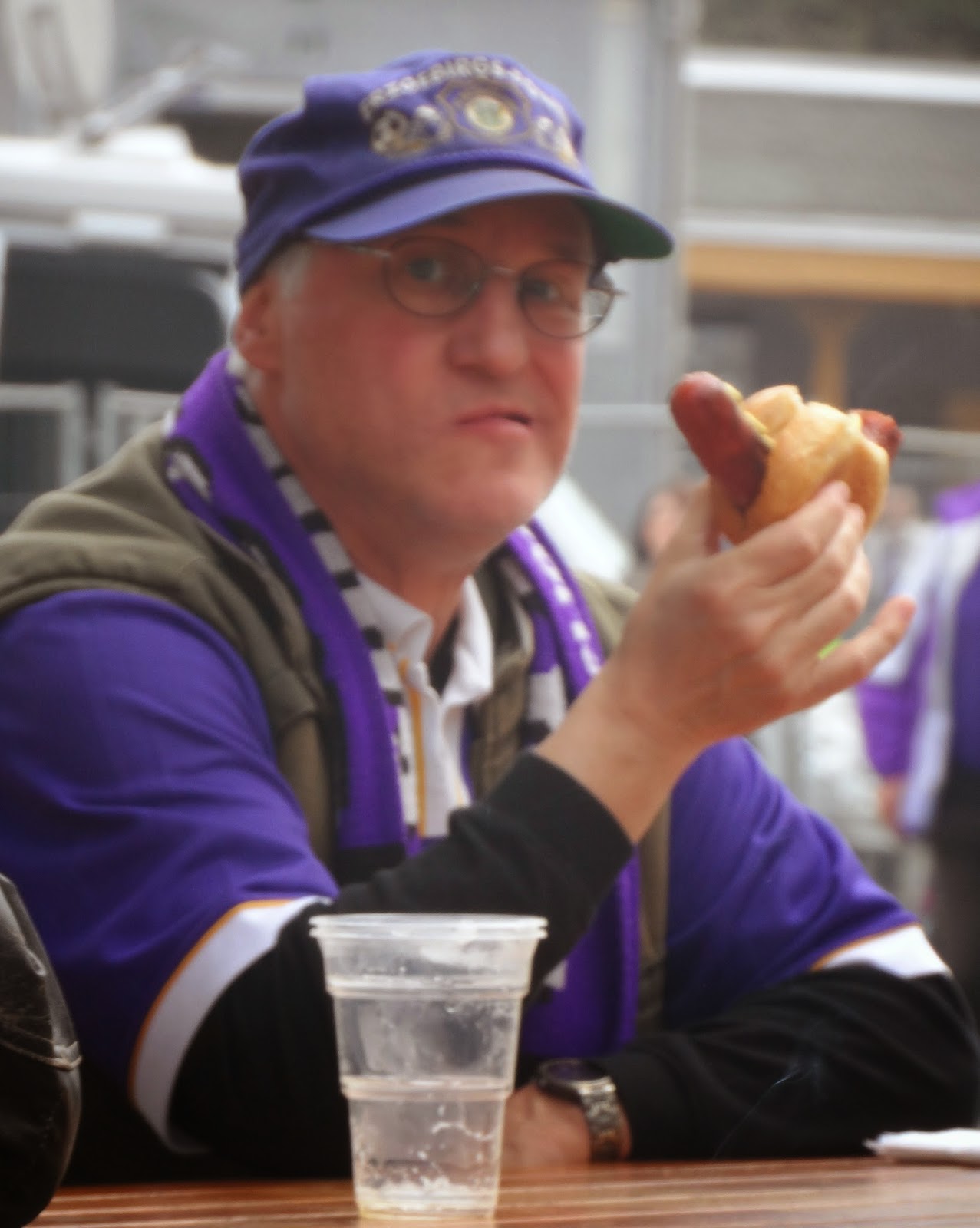 H.A.T.S. Hmm, this one has dampened our expectations somewhat. But this guys cheeky face, which looks like it's been drawn by a seven year old, complete with playful tiny mouth on an off centre angle, means we begrudgingly include this head topper. 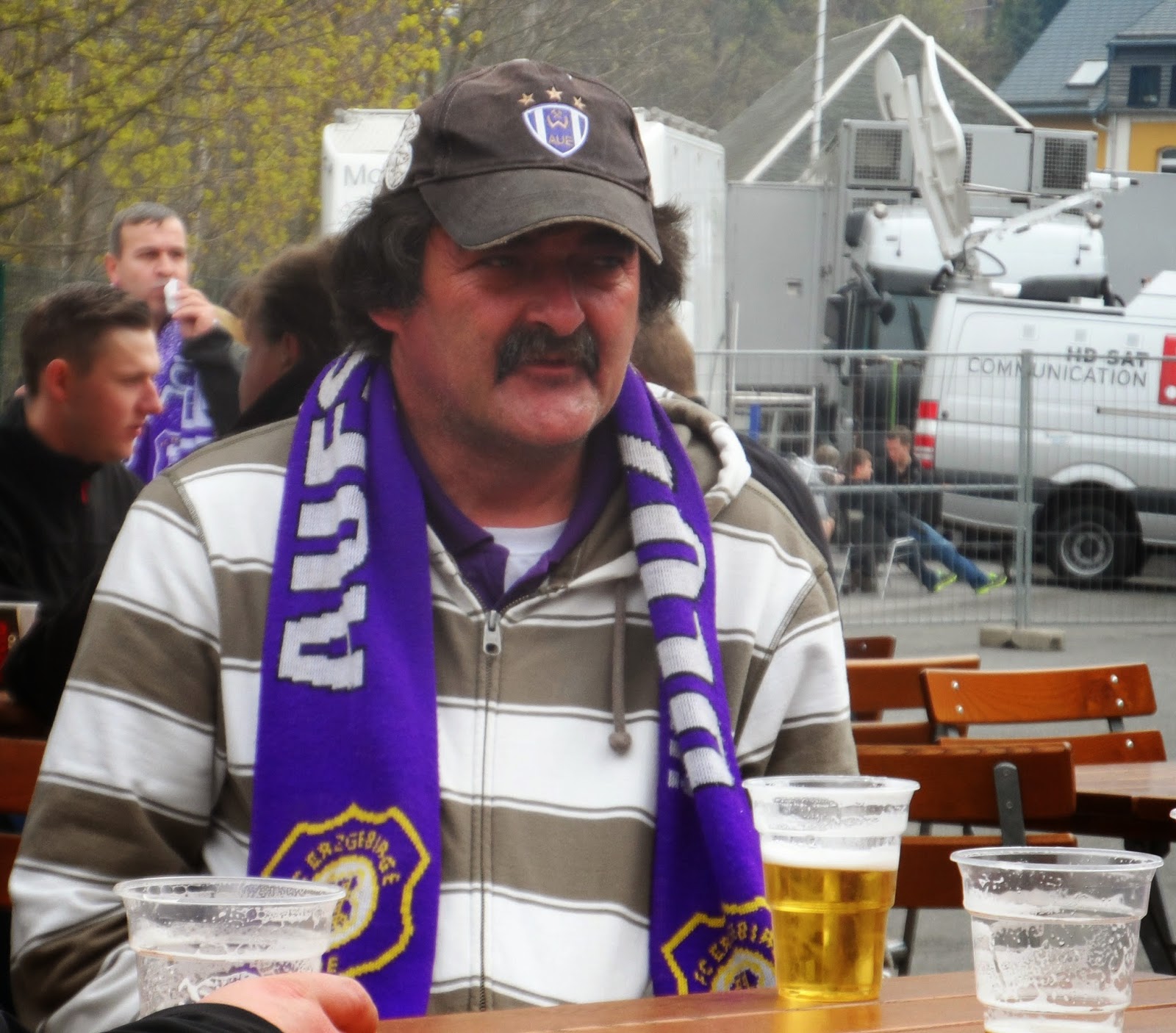 Hats! This standard (very basic - could have looked better) baseball cap comes with an additional (optional) two tufts of wiry hair and a bushy moustache, which can be combined to form this powerful German look.  A daring approach and we're not sure. 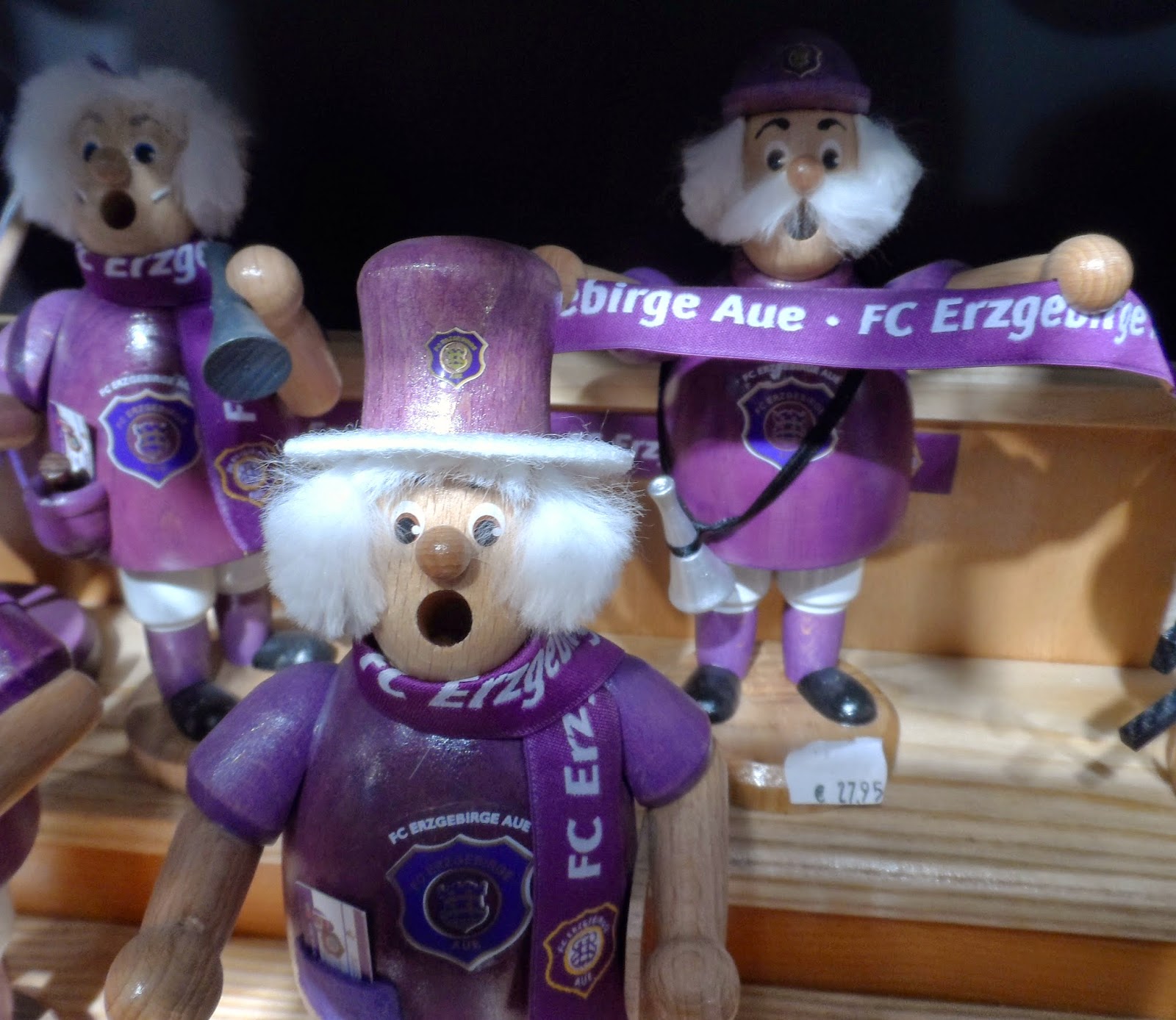 More hats! Too much of a good thing? Maybe. We love a top hat though and we're all absolute suckers for the bushy hair and moustache combo (available also in black with a baseball cap - see above). We're convinced. 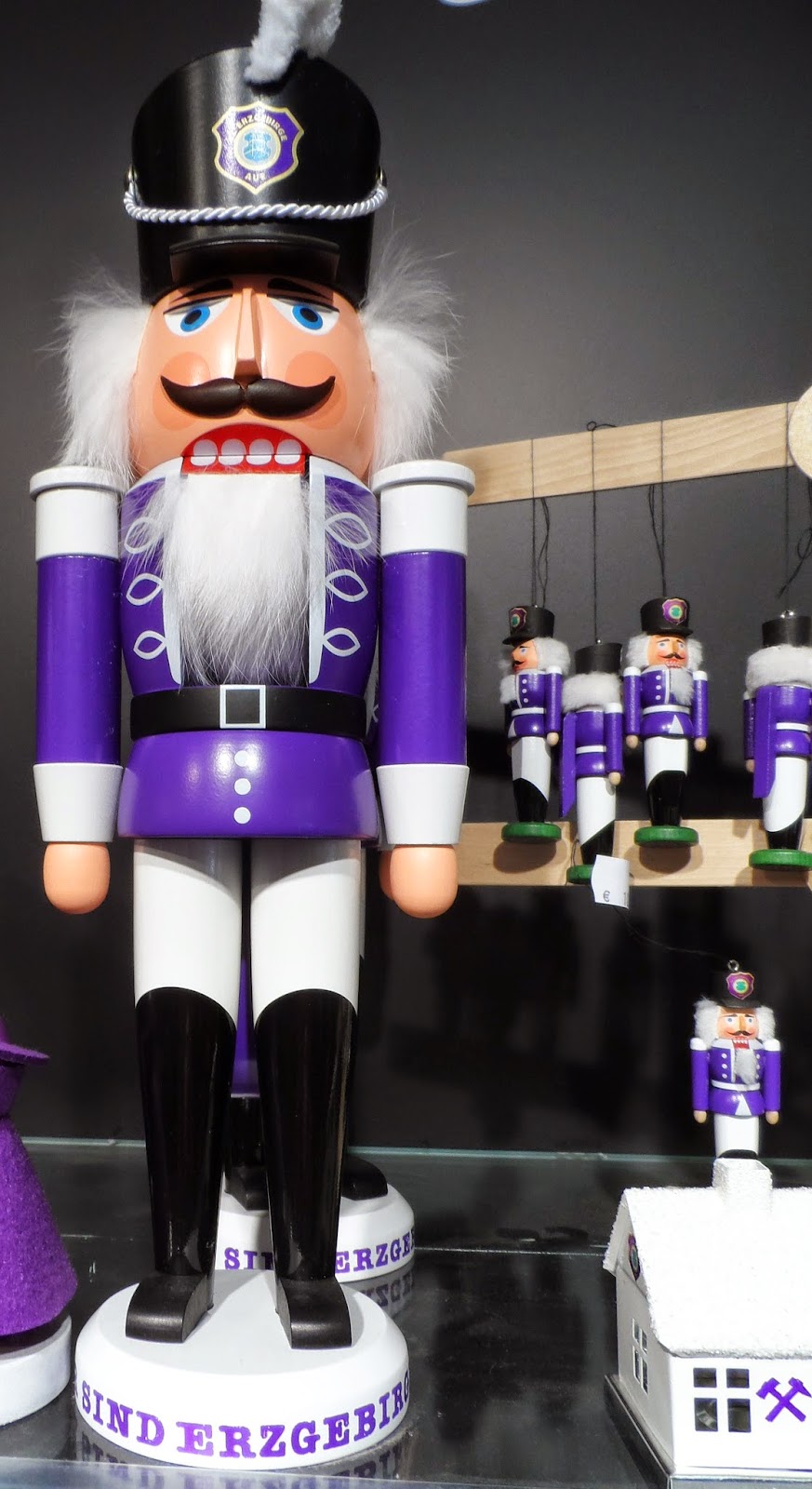 Will football fans wear beefeater style hats? They should do. Tall hats are in. Add in the bushy hair, the beard and the moustache on this fan and we expect to see terraces across Europe packed with fans wearing these. This poor model needs to go to a dentist though, just look at those teeth. Outrageous. A gummy misjudgement. 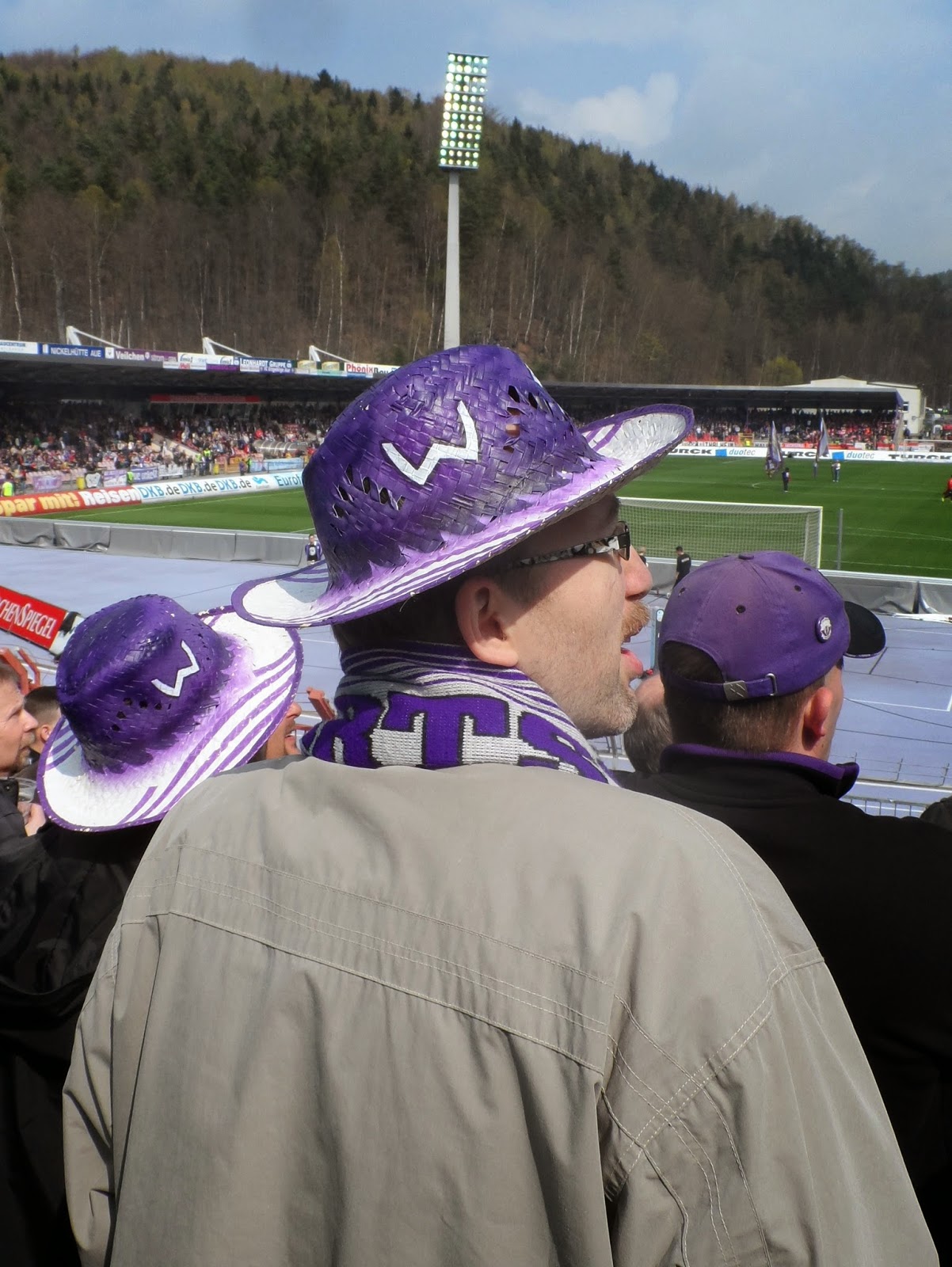 Aue love the hat. We don't know about this one. W? W for why? ARE WE RIGHT?! The hat is only slightly redeemed by the optional mini floodlight that can be Pritt Sticked to the brim for a sum of 4 Euro (see model on right). A jaunty hat that looks like a football. This is not a hat as we know it. We're confused. Again, serious dental hygiene issues are exposed in Aue due to the embarrassing ruddy cheeks, a sign of poor gums, and drooping tongue sported by these two (hopefully now out of work) models. 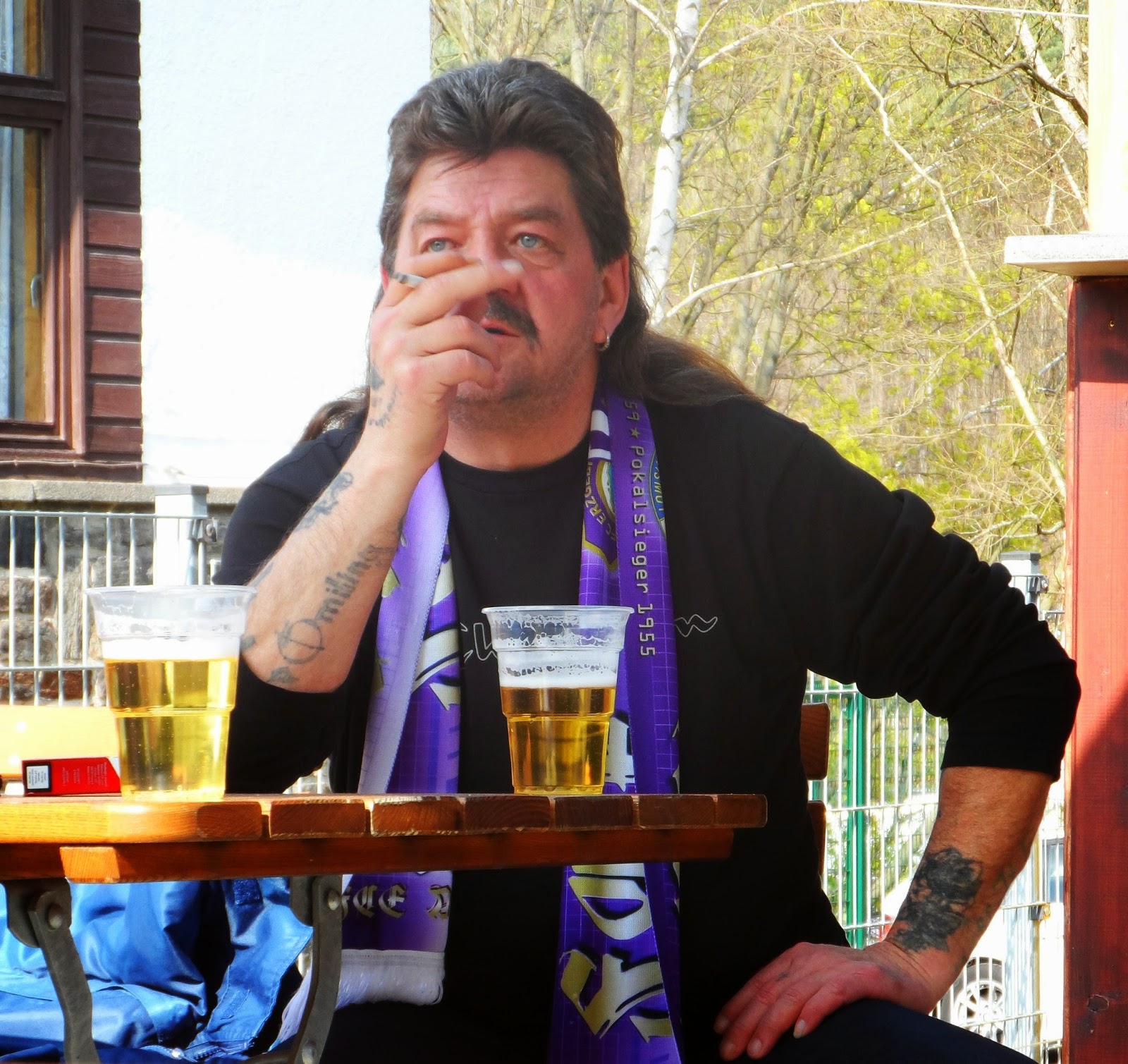 An Erzgebirge Aue scarf stitched onto to a truly luscious mullet wig to create a timeless look. Classic German. This Aue fan could only look more German if he was dancing to oompah music with David Hasselhoff whilst eating a bratwurst. Bravo! 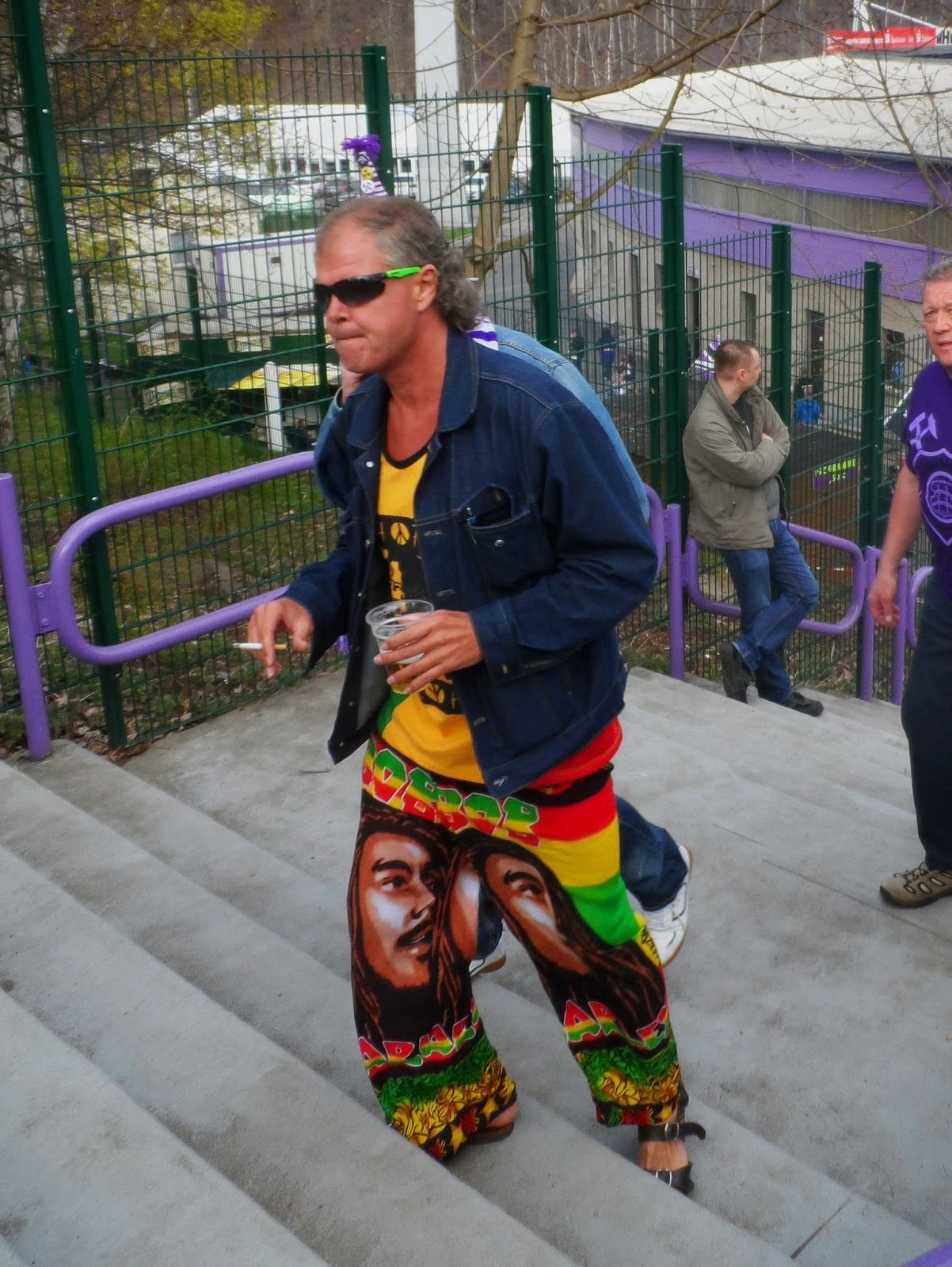 WOW! Just WOW! Bob Marley trousers. A colourful extravaganza paying homage to Aue's most famous son, who was famously raised in the mountainous area of southern German and continued to live there all his life, often paying tribute to the region in his lyrics.

He doesn't. He's dead. Famously, the dead don't like donuts. The jam gets all over their skeletal fingers. 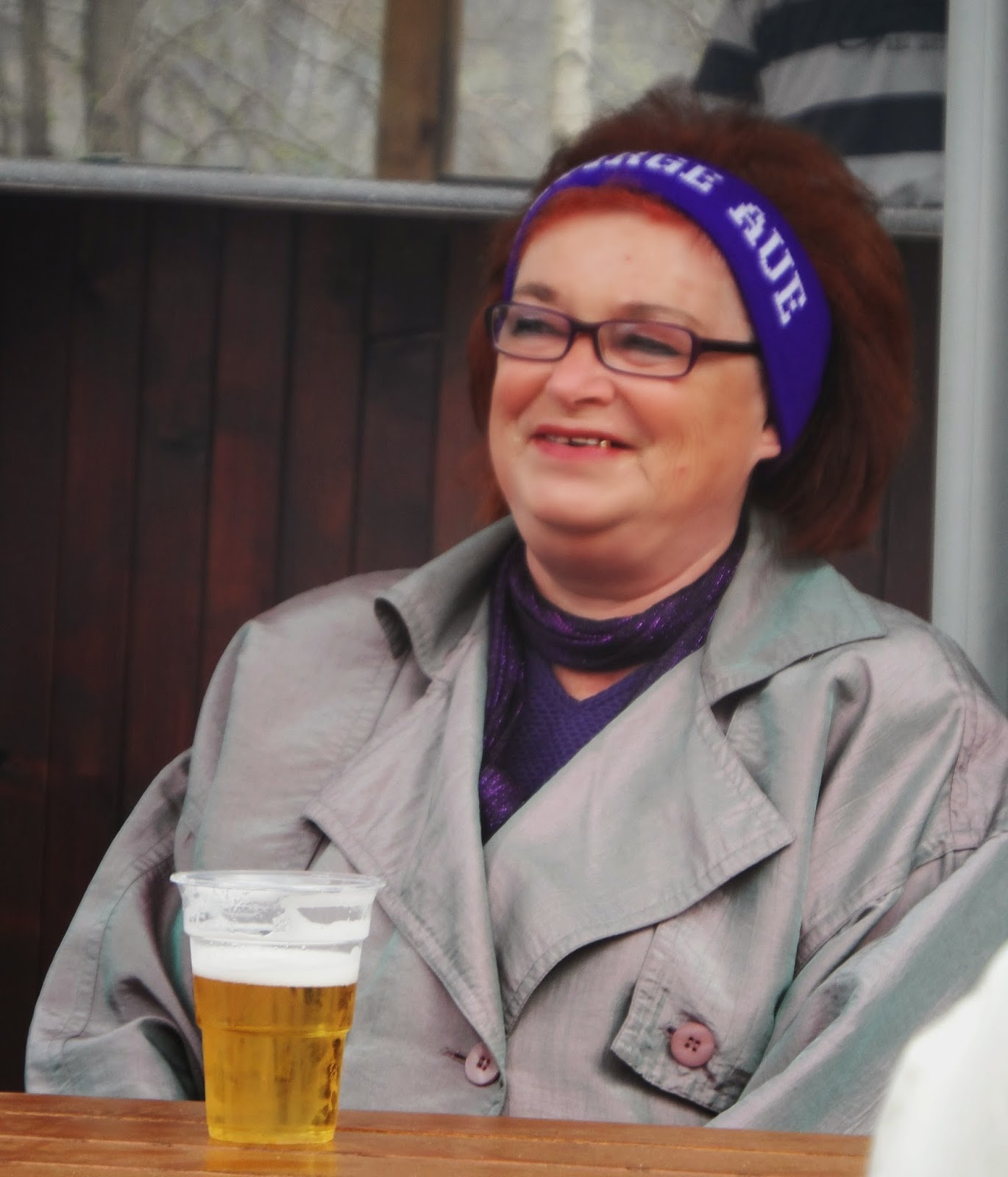 A hairband is basically just a small hat isn't it? We're not sure about this women's purple rinse or her dodgy coat but her smile makes us want to write sonnets. 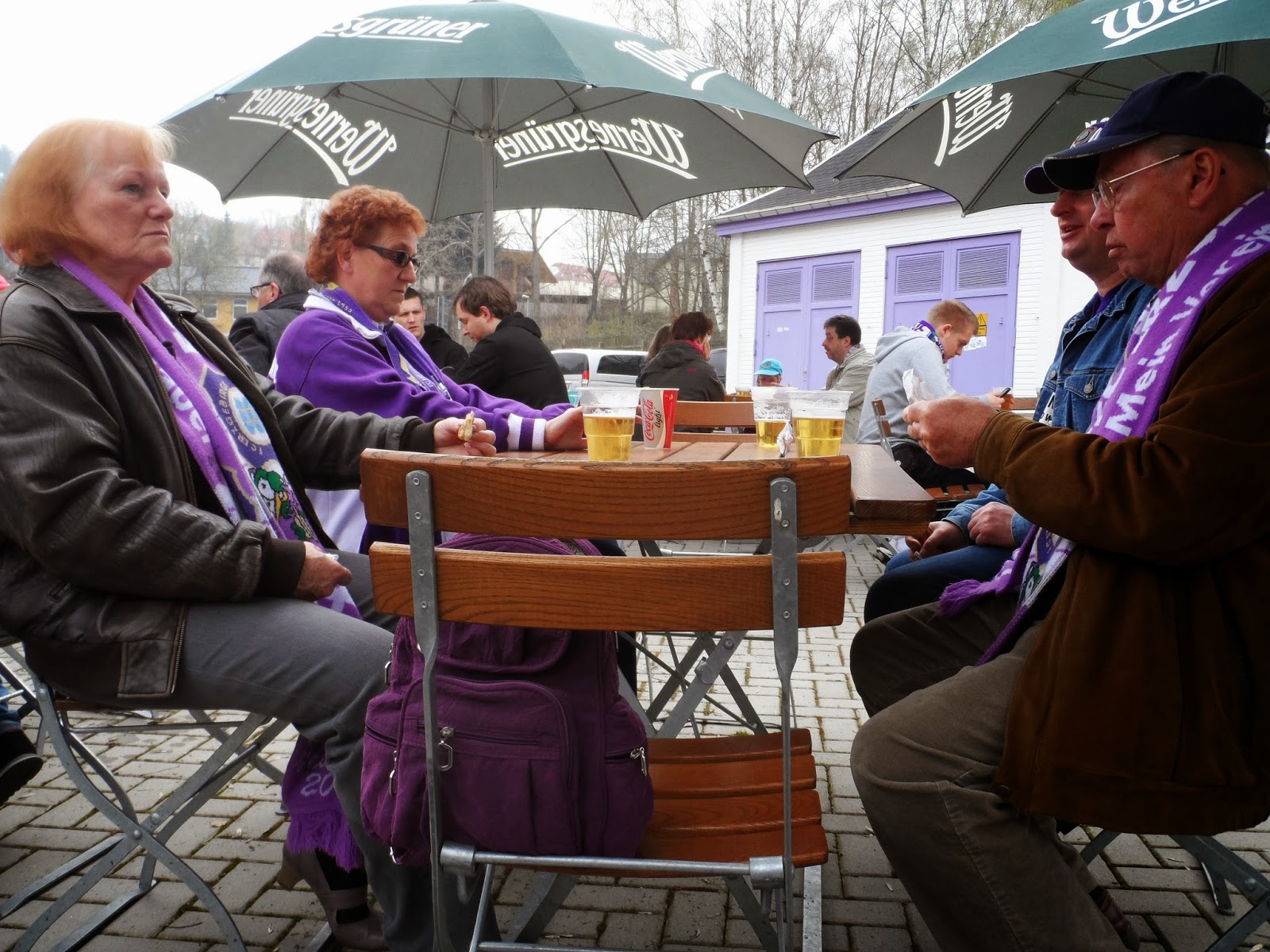 These two glamorous damsels the Erzgebrige Aue purple highlights wig. Sadly the damp conditions saw the colours run and leave a rusty coloured monstrosity on their heads. A highlight themed low light of an inspired collection. 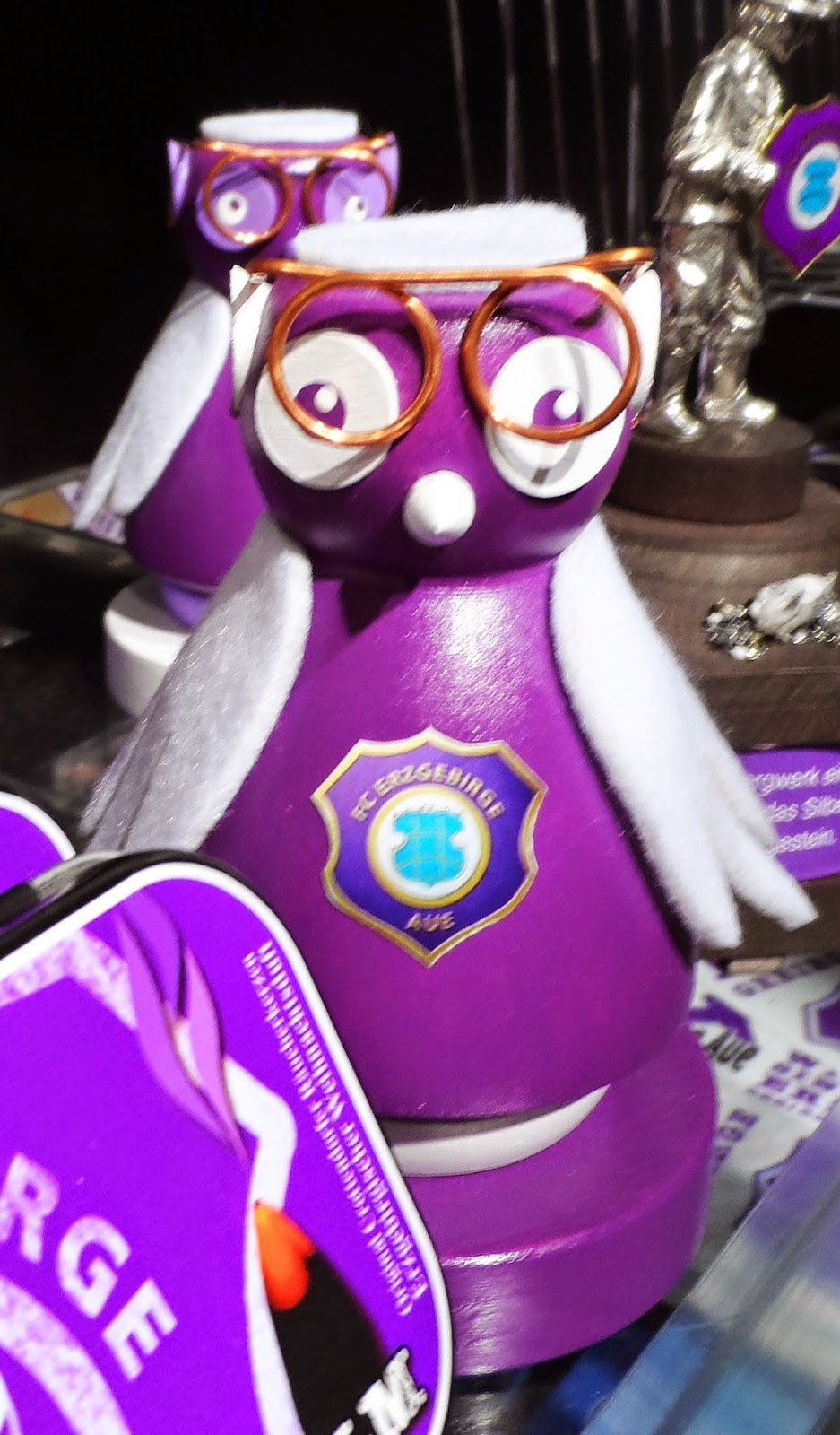 Enough hats, now it's time to move slightly down the face. A range of women's glasses is a daring move for any football club. But a range of glasses that only covers the top half of your peepers means this is a ludicrous idea and an optical disaster. 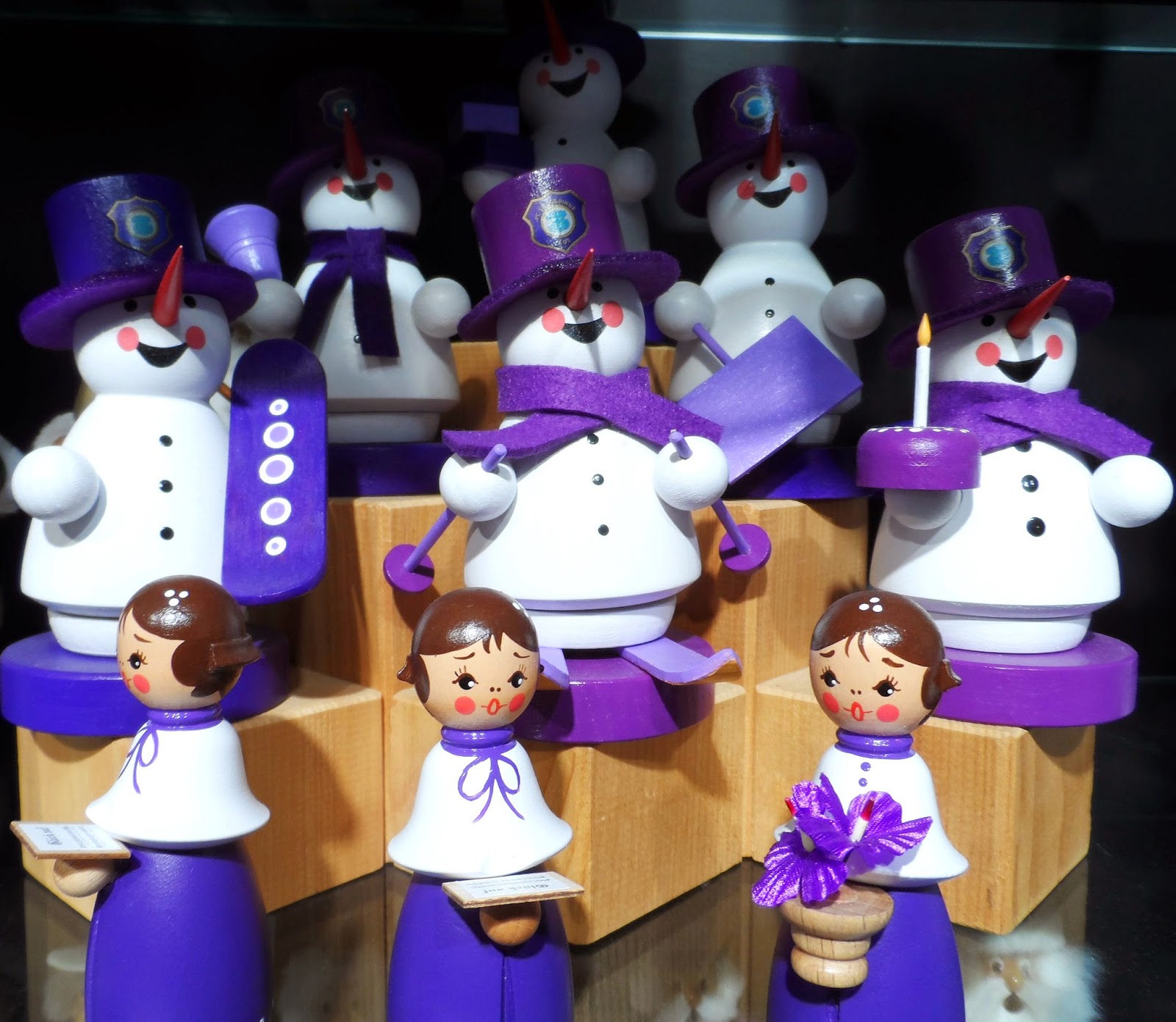 Christmas carol chic for the ladies? Ding dong merrily on high and gloria, hosanna in excelsis this is a terrible idea!! 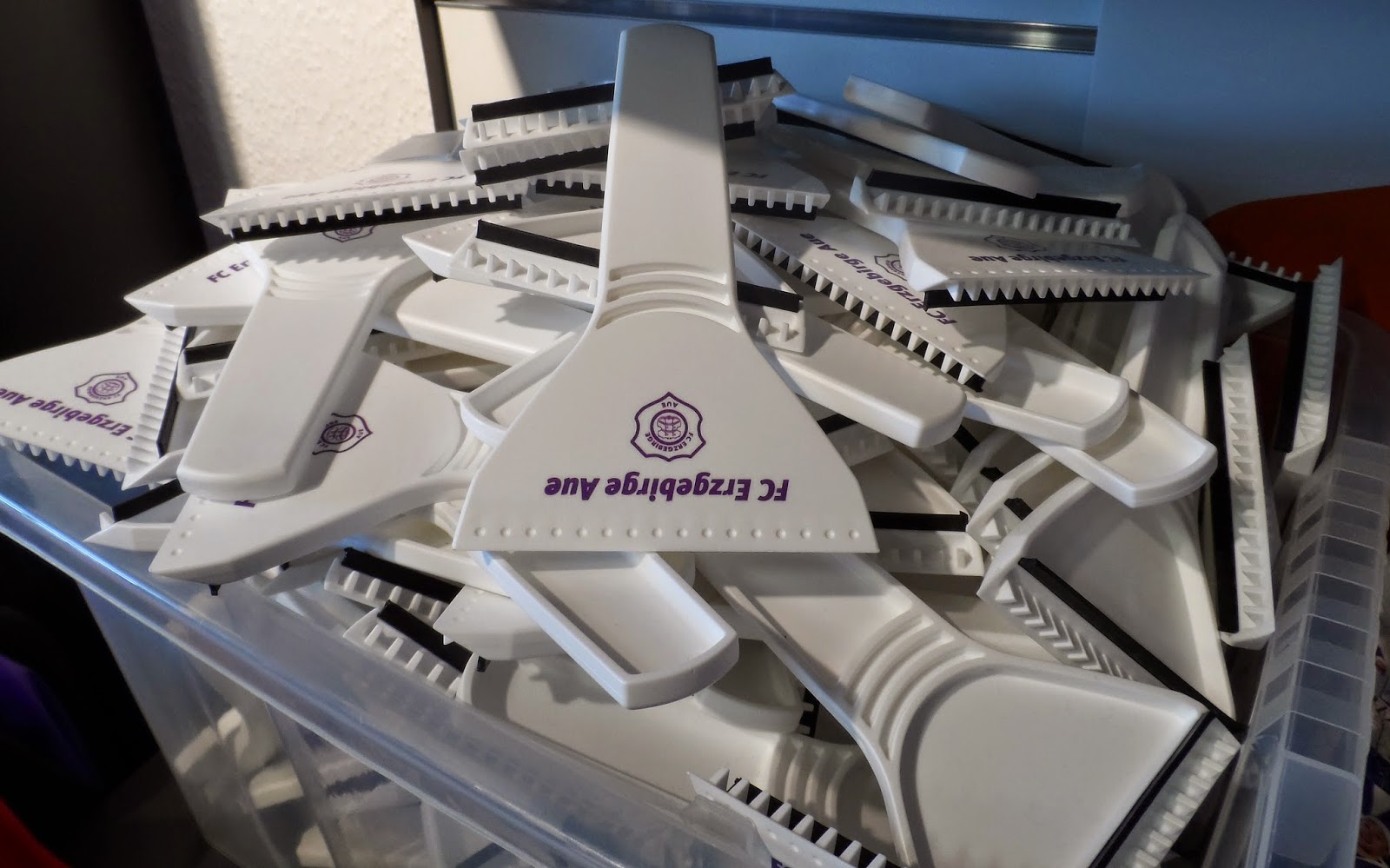 Jack Frost is one fearsome icy bastard but he doesn't stand a chance against any beholder of this Erzgebirge Aue ice scraper. Winter mornings will never be the same again. 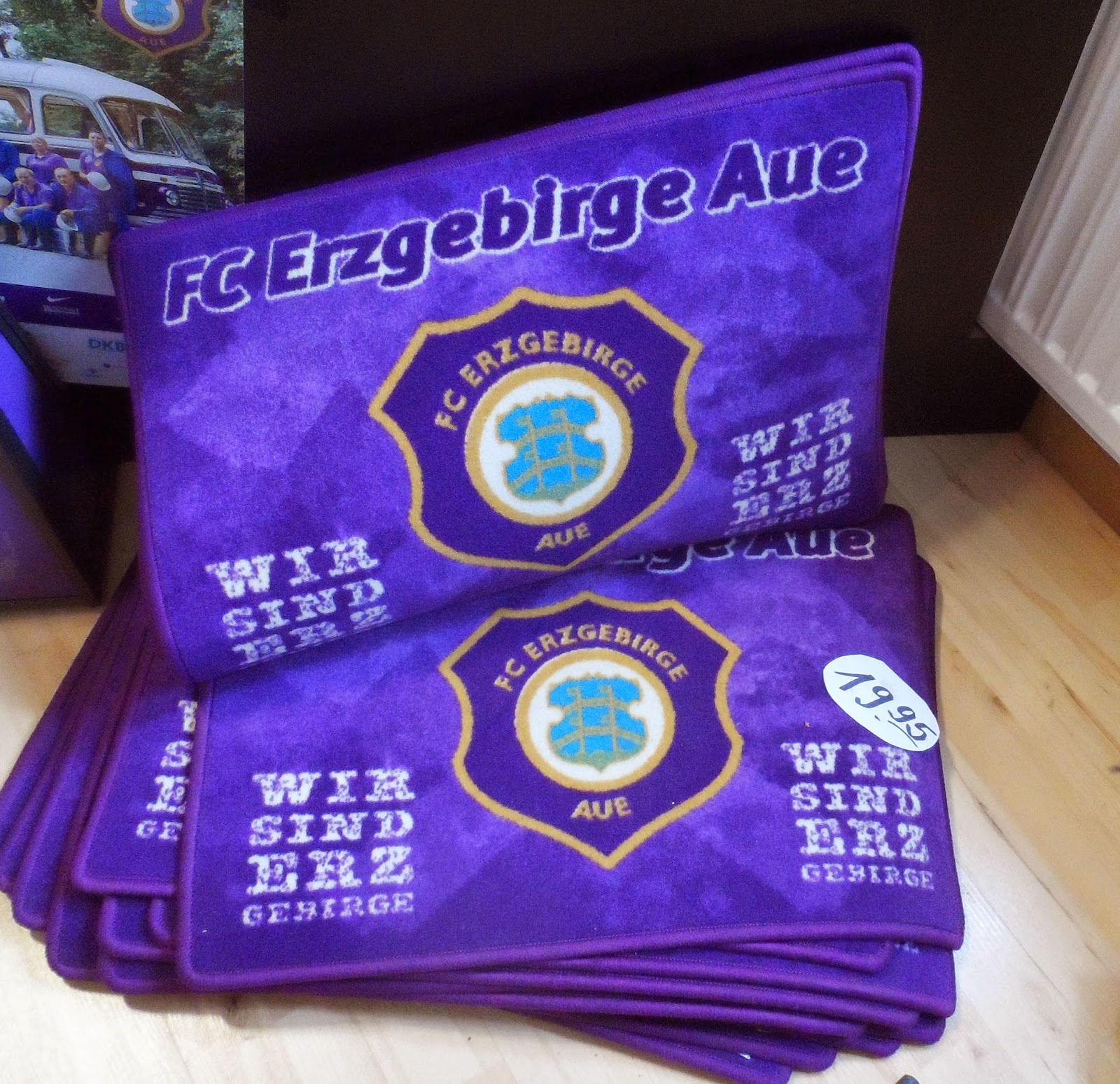 Erzgebirge Aue are no walk over. This door mat is. Clean your feet. Take off those sandals young German. Nice pulled up white socks you're wearing there. This door mat makes any house a home. A home without muddy foot prints. Over priced at 19,95. 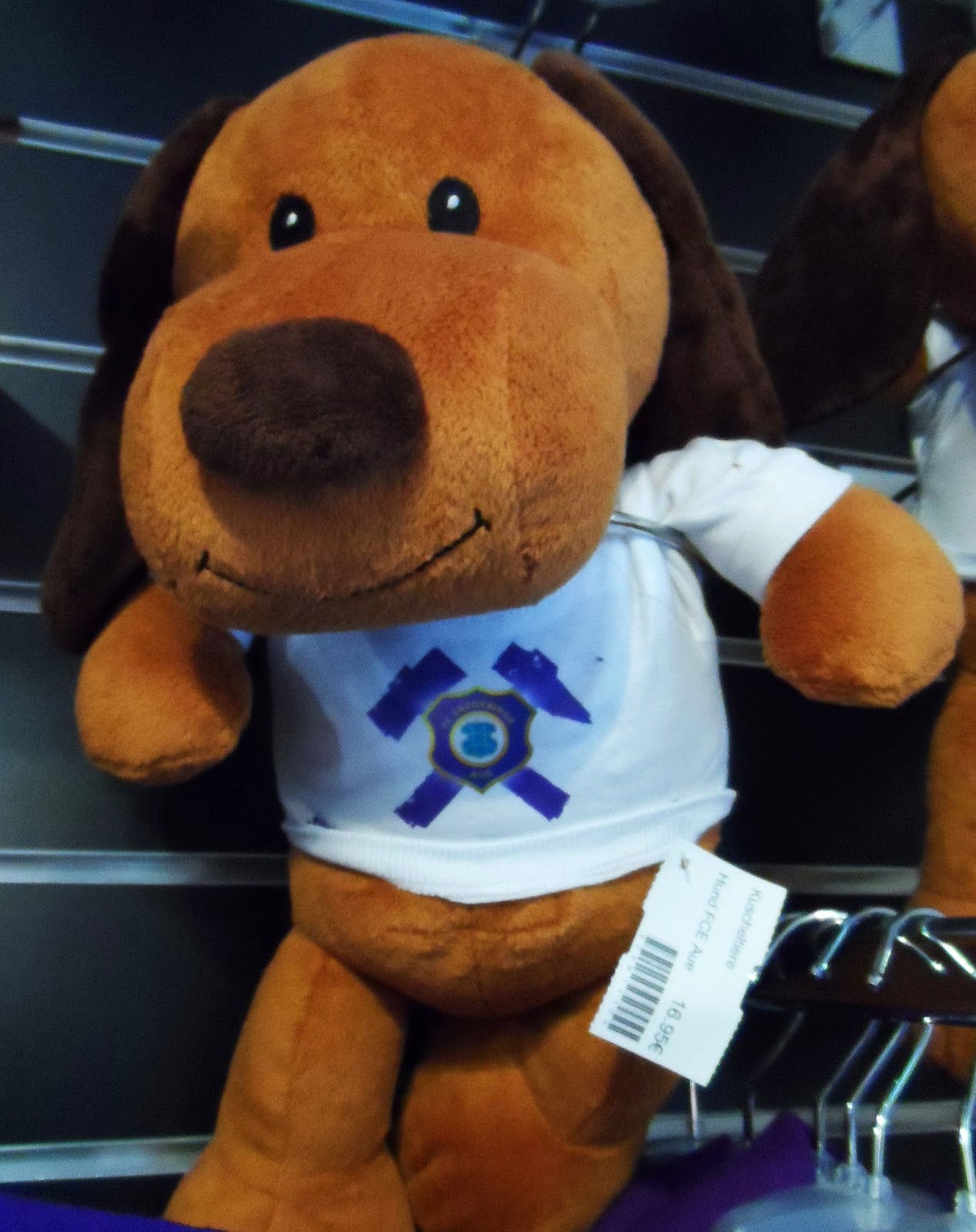 Every fashion conscious dog is wearing T-Shirts this year. Given the fixation with hats in this years range we had expected to witness pets in hats. Who wouldn't want to see a labrador in a trilby? 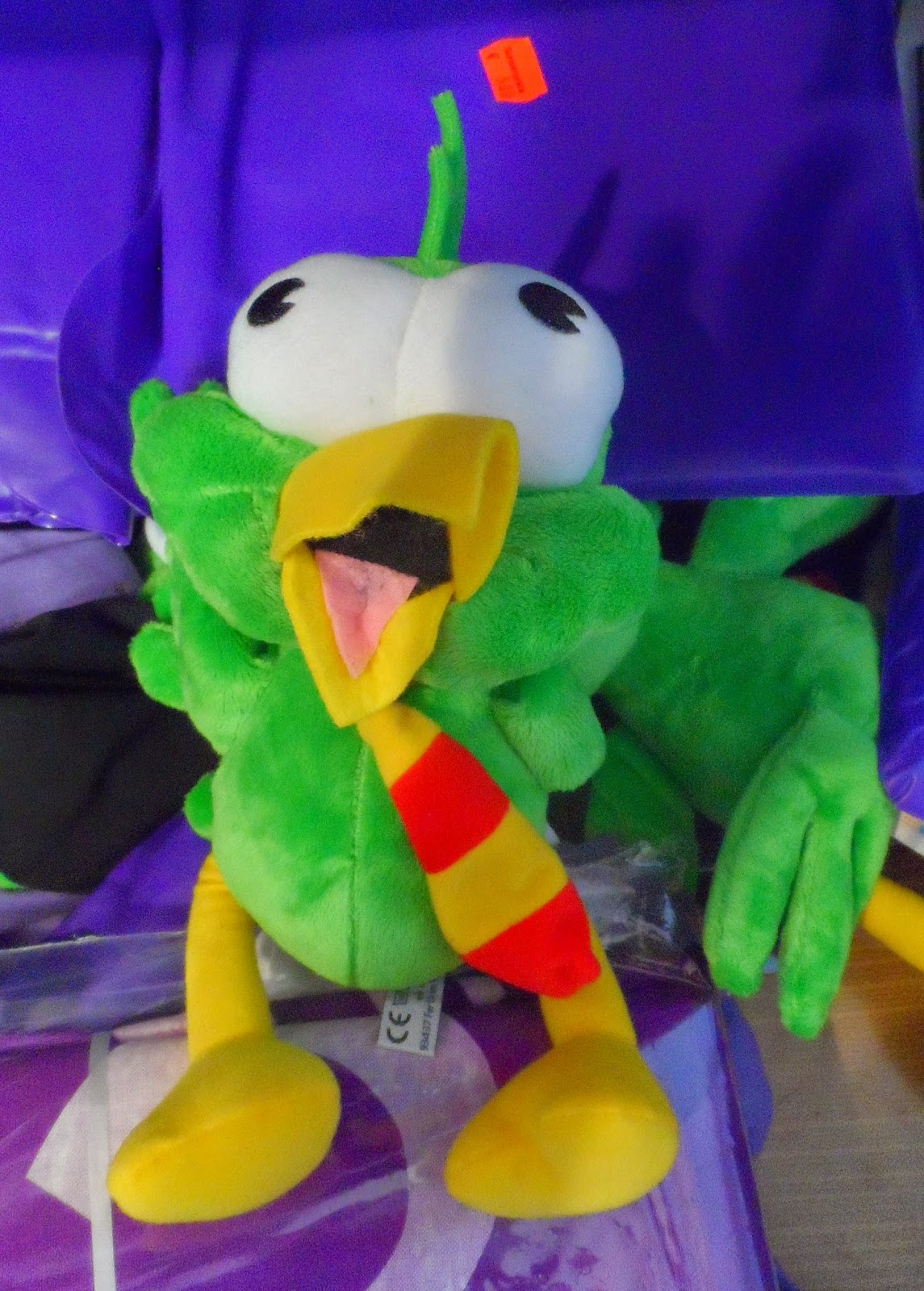 The Erzgebirge Aue pet clothing range takes a shocking turn with the bizarre inclusion of this drug addled frog/green duck in a tie? WTF? If you see one of these in your pond, or your local lake, please fill it with concrete immediately.
Posted by Kenny Legg at 13:44 No comments: