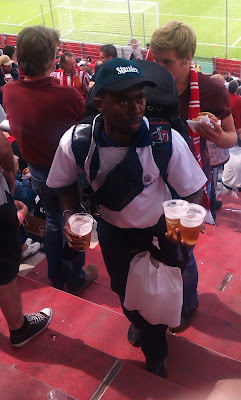 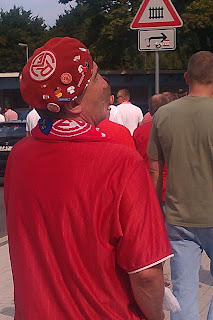 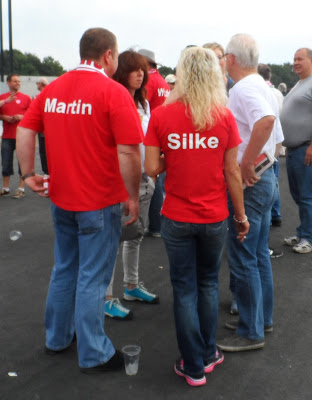 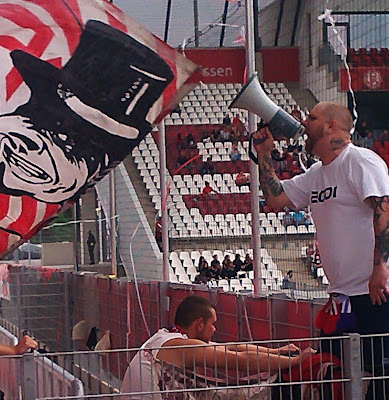 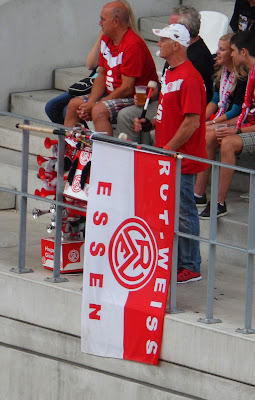 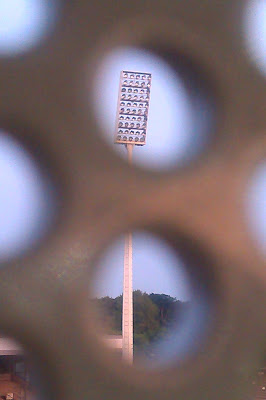 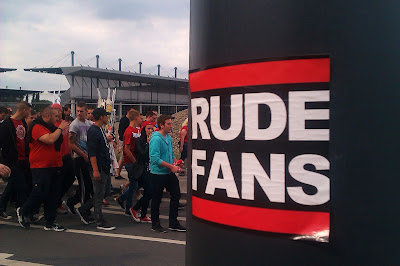 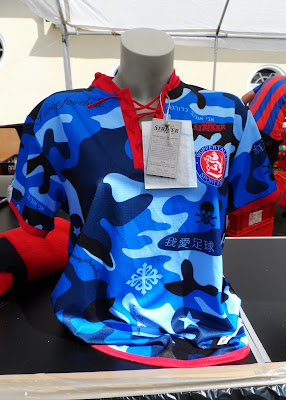 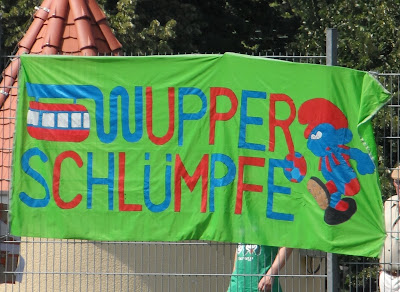 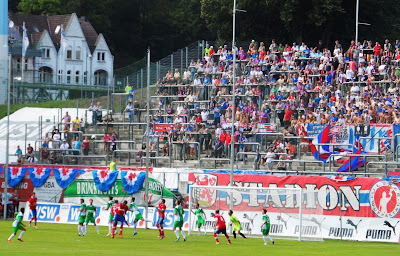 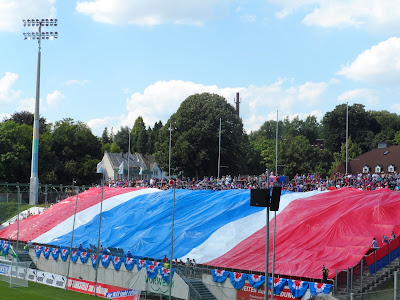 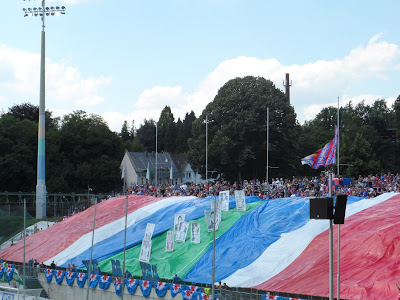 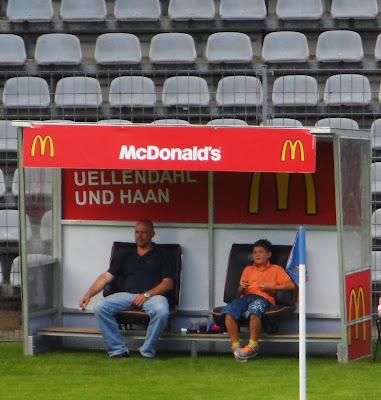 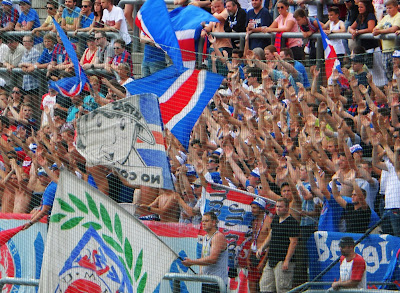 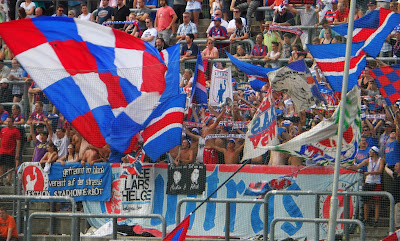 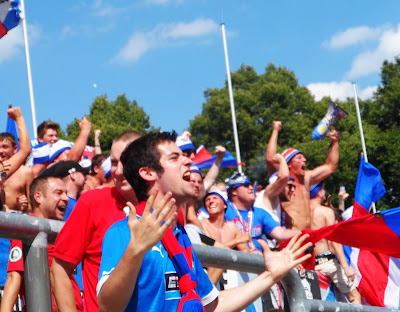 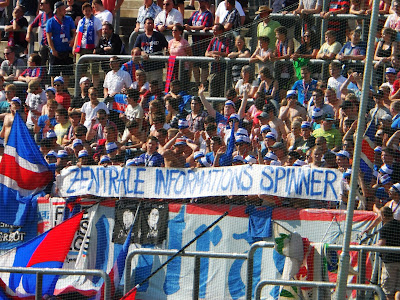 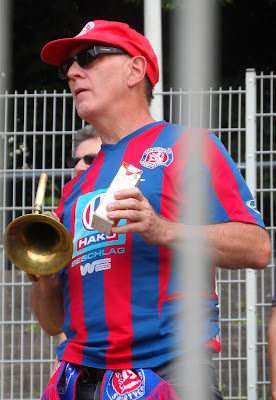 A man who loves to blow his own trumpet.
The match ends, 2-0 to Wuppertal. A good start to the season for the team at the start of a long hard season ahead with many challenges on and off the field. A victory represents three points and it’s important not to get carried away is what the club should be saying. Meanwhile in the PA box the man in charge of the Wuppertal gramophone thinks nuts to that, roots through the back of his LP collection whacks on a copy of Tina Turner’s “Simply The Best” and cranks it all the way up to elf whilst getting massively overexcited. Good on him!
(1)       A monorail which wasn’t running today. I wouldn’t even be at this game if I knew I had to board a lousy stinking rail replacement bus service. Are there four more terrifying words in the English language than “rail replacement bus service”? Probably. But that’s irrelevant. The Wuppertal Monorail is a thing of suspended rusty beauty, what better way to arrive at a football ground than after being dangled over a river? Sod off bus.
Posted by Kenny Legg at 15:58 1 comment: