"The ground is probably the worst in the league. It slopes both ways and resembles a prison camp more than a football stadium – It has a huge fence round the perimeter.”

That, dear reader, is an assessment of Cadbury Heath FC I received prior to the match from an ex-tinpot playing friend of a friend. You can imagine how delighted I was. 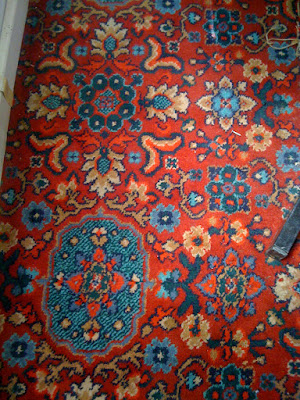 The latest in our ongoing series of non league clubhouse carpets. If you missed part one it's available here.

Even before it was compared to a mountainside Gulag I liked Cadbury Heath. Match reports are accompanied by pictures of people hurling chips into their face, double thumbs down pictures, greet news of postponed matches, their Twitter feed is entertaining (unless it's tweeting pictures of a fat naked Phil Jupitus lookalike trapped in a small box**) that is and OK, they once did call me a "fenny fecker" on the Twitter. Which, I think is a compliment. #humblebrag 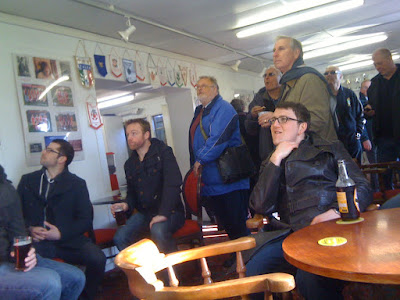 Bert Cribbins' slideshow on the ornithological wonders of south Gloucestershire had the crowd gasping in wonderment.

So, this prison camp analogy then. Well, actually it's probably easier to find Abu Gharib than it is to find Springfield, home of Cadbury Heath. Springfield? I know what you're thinking, AiT is going to make a series of weak references to The Simpsons now isn't he. Well I'm not. And I'm not going to apologise. I never apologize, Lisa. I'm sorry, but that's just the way I am. We found the club by walking down an unmarked path. Low key Cadbury Heath eh? I like your style. 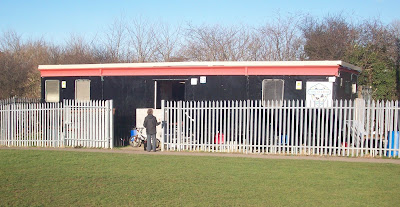 Well, if the clubhouse is like prison than sign me up for a life sentence in it's cramped cell. Why? Well, let me tell you and, like any good incarcerated Mexican gangster, I'm going to liberally use bullets to make my misunderstood point: 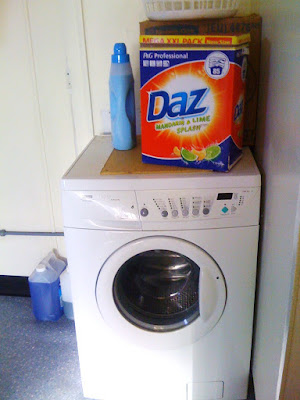 I can only apologise again. 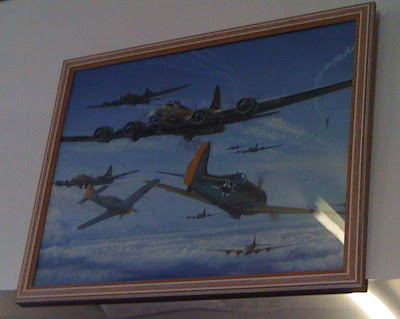 Cadbury Heath start the match attacking furiously, like Bea Smith on return to cell block H. The good natured "Green Army" fans of Welton Rovers bellow across the pitch to each other, while the home sub's break out the "ole's" as their team mates guard the ball like something that has to be guarded very closely in prison..... 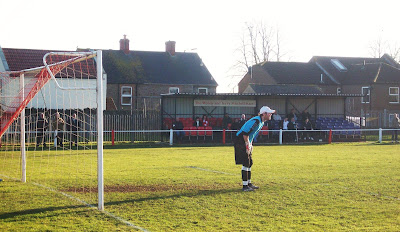 The match is competitive, the sun shining. In tinpot land no one ever gets too excited about bad challenges, except one Heath fan who greets a yellow card with a superb, "that is sad referee." As the half progresses two Welton players go off injured, a home official walks around offering a "free and easy" (*shrugs shoulders*,) and a man delicately pirouettes a tray of orange squash into the dressing rooms. Admit it, this is an idyllic scene isn't it. Oh yeah, Welton equalised. 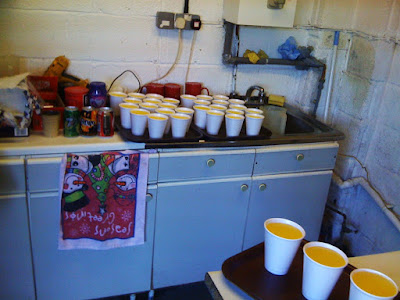 Holy smoke, that orange juice is luminous. I thought they banned Sunny Delight after those kids went blind?

For the second half we pitched up next to the dugouts, usually a scene of comedy witticisms and revolutionary tactical schooling's from some of the game's finest minds. For example, "You've not got a fucking chance of coming off so get up" from the Welton manager to one of his stricken players. He then displays tactical acumen after his team are down to ten men with "you've got to fucking help." Oh yeah. Welton had a player sent off. I forgot to mention. I'm normally very precise in my reporting of games. How strange. 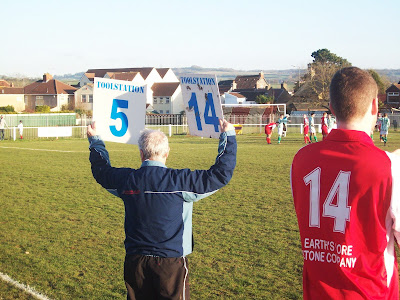 Yeah, pretty self explanatory this one.

The Welton manager continues to get more and more irate, increasingly irritated, incandescent with rage and all directed at the ref. 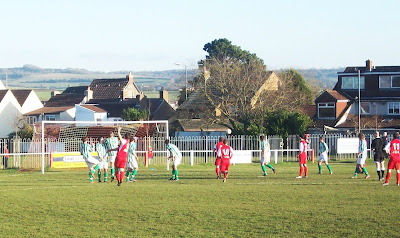 There's ten minutes left, it's 1-1, your best striker lines up a free kick. And then shanks it massively. You can relive it in it's full horror, complete with hilarious comment at the end.

Heath take the lead and then it all kicks off, with bizarre and, in reflection, hilarious scenes. The Welton manager decides to detonate the C-Bomb, "just head the cunt". The cunt in this instance being the ball. That's a football. A football being used in a game of 9th division football with eighty people watching. But this outrages the linesman. By weekday a mild mannered, under worked accounts clerk for a remote, and rarely visited, National Trust property but this afternoon a hero, a protector of innocent ears and defender of the Respect campaign. He steps up to the manager, like a deranged Drederick Tatum released an unjust incarceration, "REMEMBER WHERE YOU ARE....NOW GET BACK IN YOUR BOX" are two highlights of his intense ticking off. 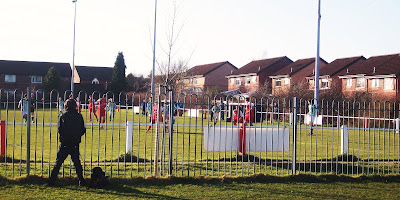 Token one man and his dog shot.

Manager man is not happy, “do you know who you're talking to?” and “we're going to have a word”sees him equalise in this competition of who can be most pompous and ridiculous. In the end the fine folk of Cadbury Heath were the winners, stretching their lead at the top of the league to four points and look set for early release to the Toolstation Premier league.


Cadbury Heath have full highlights and photos up on their website.