We Don't Need Money To Have A Good Time

When a club starts running out of alcohol that's when you know the club is really in the shit.

The rattling of buckets, the 'cash only' signs on the ticket kiosks, the deployment of short skirted cheerleaders to flog raffle tickets (not one of my 287 tickets - each paid for individually and very very slowly - was a winner) and the arrival of a sympathetic faced TV crew to interview solemn fans all scream that Portsmouth are in massive financial danger. 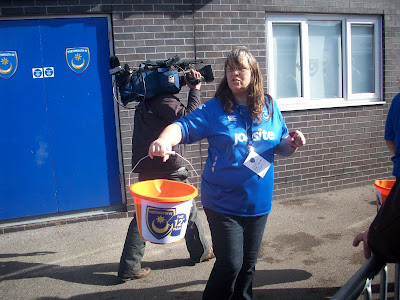 Turns out this wasn't a lucky dip.. Easy mistake, any one could have made it. Sorry again love. 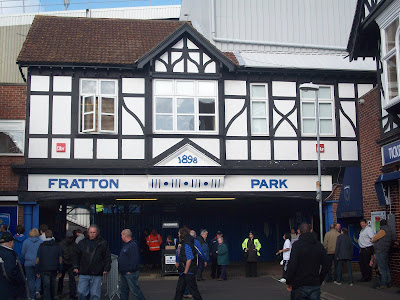 But nothing says “impending doom” more than empty shelves and optics. The desperate attempt to fill the gaps with a stash of Baileys is even more upsetting. 6 bottles of Baileys behind one bar? Not even the most astute of administrators could find a buyer for all that creamy bullshit. Have you ever drunk Baileys from a shoe? 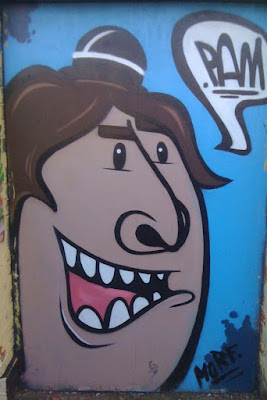 In the bar the Pompey patrons partake in despondent discussions of potentially having to support Havant and Waterlooville next season. A fate I wouldn't wish on anyone, except maybe George Rolls. Around them kids dressed in Pompey shirts, by their optimistic Fathers, play with a giant Connect Four. They're blissfully unaware of the misery of being a football fan and of the very real prospect they may not stand side by side with their Dads ,bellowing the Pompey chimes and wishing that guy with the bell would shut the fuck up. 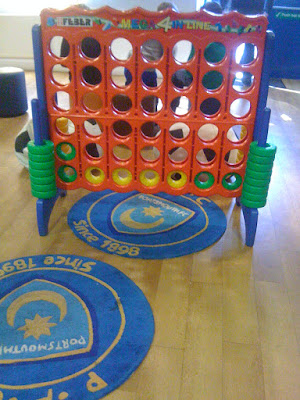 Whoever had the green discs clearly played the worst game of Connect Four ever.

As kick off approached the queue to get a ticket grew ever longer, fans heeding the rallying cry of "Keep Calm and Pack The Park". Slowly the cramped ground fills up and the atmosphere is proudly defiant. No one wants to have to watch Havant and Waterlooville. 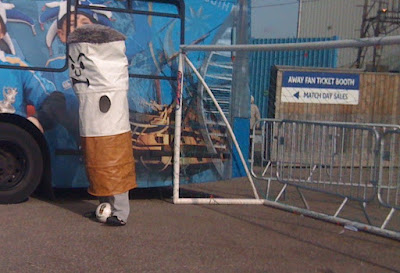 Picture of an angry cigarette playing football anyone?

The home chant an EP titled 'Now That's What I Call A Club in Administration' on shuffle for the entire first half. "We will never die", "On the park and in the pub, we're super Pompey and are were staying up" and "You thieving bastards get out of our club" are led by the hardcore in the Fratton end. The atmosphere resonates around the decrepit Fratton Park, increasing in volume at unspecified moments, when the psychic connections between football fans sees the tempo raised and volume upped as the chants circulate the stands.

There's also plenty of opportunity to give a bit of abuse, and who doesn't come to football to shout abuse, to Middlesbrough's Southampton born striker Lucas Due, Lukas Jook, Lukas Juker, whose name escapes me at this moment. 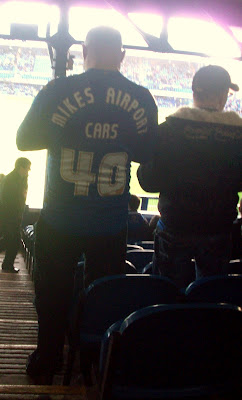 For speedy travel to the airport phone Mike's Airport Cabs on 40.....eh, are you sure that number's right Mike?

Middlesbrough fans, who should probably be a bit more sympathetic to clubs with extreme financial difficulties, taunt the home fans with "Portsmouth going bust" and "Stand up if you've paid your taxes". Hey, no one ever said the behaviour of football fans is rational and thoughtful. A bit of macho posturing by men in Stone Island 'clobber', and a few wanker signs directed at the away support soon allows both fans to focus on their own teams in the goalless, but not un-entertaining first half.

At this point we can now go over to AiT's culinary correspondent, Old Father Tinpot, to get his views on the culinary merits of the last sausage roll on sale at Fratton Park, "not too bad". So, there you have it, some good news for Portsmouth at last. Now, back to the studio. 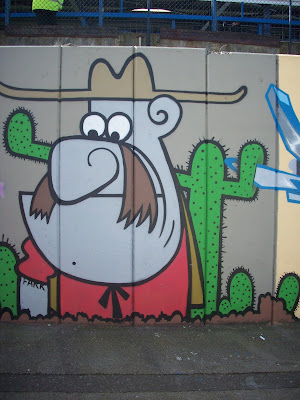 Half time sees a beautiful site. A site I thought only existed in the non league game but it appears it exists from tinpot to Championship; a man hooked into a transistor radio. Whatever football ground you are in you're never more than a mishit Rory Allen shot away from a man straining to hear a crackling MW signal on a battered radio purchased from Rumbelows. 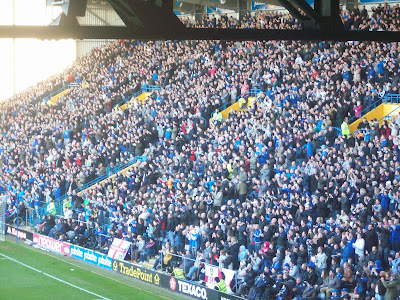 Token fan shot. Click an individual face to hear that persons chants from the day.

The volume from the home fans increases as they concede from a dodgy penalty. The sense of outrage filling their lungs and breathing new life into the chants.

Dave Kitson comes on and is booed. By the home fans. Not a fine example of unrelenting support but somewhat enjoyable to hear. Reminds me of when I use to play kids football and my parents would harangue me as I waddled into the U14's game.** Kitson's subsequent display suggests he deserved a louder booing. Boo!!! 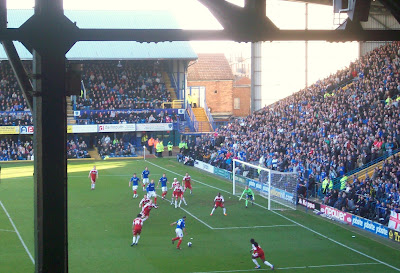 A penalty from Greg Halford sets up an entertaining last finish but sadly Pompey don't take their chances and Middlesbrough score again.

After the final whistle a hard core of home fans stay chanting long after the final whistle, repeating " we will never die". Despite the efforts of the stewards they, like those bottles of Baileys, are going nowhere fast and wherever they go they certainly don't deserve to go to Havant and Waterlooville.

** My parents didn't really boo me. My team mates did.