The end of the season, no one's bothered, the games don't matter, people drift in late, even grizzly pensioners can't be arsed, it's easy to let the mind wander. My mind has picked up it's Naf Naf coat, Head rucksack, popped on some baggy jeans back to front and is marching towards 1994 before the teams have kicked off. Which is bad news for groundhoppers wanting a specific description of the tree lined terraces, the weeny little stand, the other ground behind the main stand and every aspect of the tremendous bowl that is FC Remscheid's Roentgen Stadion because you're not getting any more than that. 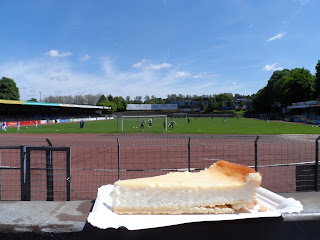 Sweets for My Sweet

Ok, one more little nugget. Behind one goal is a huge advertising board Huge. Wooden. Boring and noticed by no one. I'm sure we've all seen them at some Belgium 3rd division ground or something, that kind of board. Right. Got a mental image now? 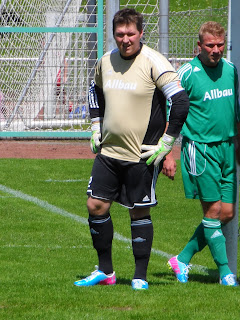 Anyway, it's full of the usual bla. An insurance agent called Richter, a car dealerships called Kaltenbach, a furniture store, German stuff, bratwurst and the like, the stereotypical things. The mind wanders deep back in history and to when music officially began, Now 23. The mind veers off, poses questions. What 90's pop group is closest in alphabetically proximity to Richter Insurance? Reel 2 Reel (ft. The Mad Stuntman)? Right Said Fred (hopefully not). The mind nervously poses a sensible question. Another part of the mind takes it round the back of my mental bike shed and beats the shit out of it. 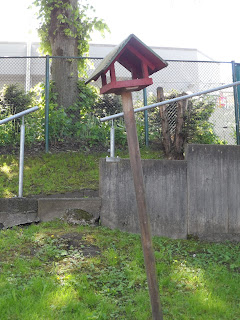 A little bird house for the soul.

The idiot side of the brain wins out. The answer is Richard Derbyshire and his long since forgotten (never heard of in the first place) Now 25 Disc 2 “shit we've run out of budget” filler “This I Swear”. No, me neither. 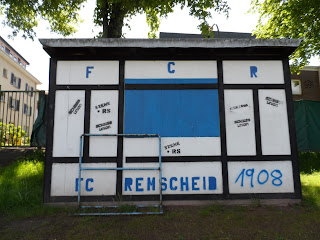 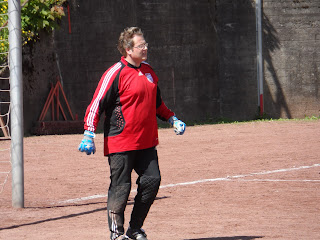 Look into my eyes, can't you see them open wide, would I lie to you?
It doesn't stop there. It carries on. I have to know more. You need to know more. Why don't we know this already? So, here is a list of the sponsors on the board shown as a line up at a music festival where the bill is made up of acts featuring on Now 23 - 29 (when music died) which are closest in the alphabet to the name of the sponsor. Each band will play one song only, the song which is included on the Now album. In the case of a band having two songs featured between Now 23-29 I have chosen the one which will make me sound more indie, or makes me laugh. Goodnight Springton. There will be no encore.

Vanessa Paradis
Be My Baby

Sister Sledge
We Are Family

Montell Jordan
This Is How We Do IT

Sophie B Hawkins
Right Beside You 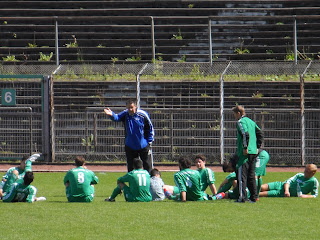 Are you gonna go my way?

Haddaway
What Is Love?

Richard Derbyshire
This I Swear

Please support your sponsors.
Posted by Kenny Legg at 18:51 No comments: