You’re 18 years old and it’s the revelation every kid dreads. Mum’s pregnant again. You're parents are turning your 15 year old annoying brother’s room into a nursery and he’s moving in with you. You’re getting bunk beds. It’s all so unfair. Take down those posters of Michaela Strachan, make some space in the wardrobe, clear some space for his Warhammer and shift your colour TV and your CD collection of Bob Marley. Hide your sensi.

That, for the purpose of this paragraph and maybe others to follow and in no way based on any actual facts, is what happened to Backwell United FC when they merged with the pesky kids from Ashton Boys FC in 2010 to form Ashton & Backwell United (from now on, as I cant be arsed to type it out - ABU) and had to incorporate all Ashton’s stuff in their Recreation Ground home. 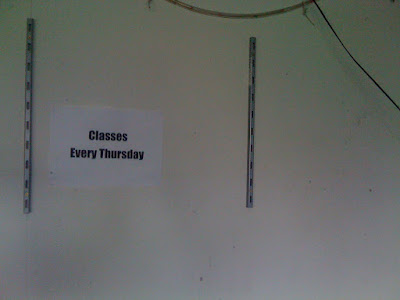 This Thursday: Lesson 2. How to fix a bracket.

The clubhouse walls have been stripped bare. No trophies. No old pennants. No posters of Michaela Strachan. Every single table looks the same, each one surrounded by the same style four chairs. Except two at the end of the room. I’m presuming Ashton brought them. One is about 30 cm off the ground, rendering it utterly useless, and the other is a fully extended dining room table (yes, it’s an extender!) Cheers Ashton! 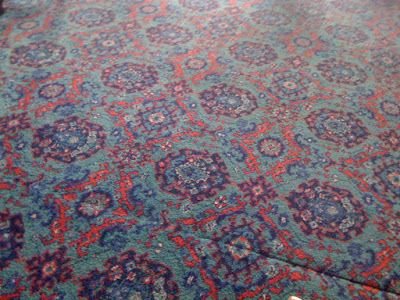 What a carpet. WHAT a carpet.

A dozen seagulls look for worms in the lengthy leaf and firework covered grass as the teams line up. The ref, a man looking like the lead singer from Keane pre port addiction, gives his final advice to his two linesmen, both representatives from their clubs. The ABU linesman doesn’t seek to hide his allegiances and remains dressed in full club gear and it’s clear from kick off that play isn’t something he’ll be keeping up with , it’ s something he’ll be influencing with bellowed nuggets of tactical advice and by barracking the ref. 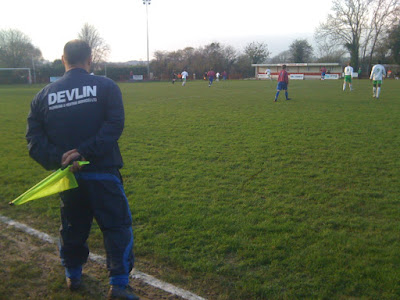 Keep the ball down there and out of my half for flips sake.

ABU’s opener after ten minutes brings him reason to applaud. Shortly after though he’s forced to frantically lumber after a long ball over his defence, which results in a beautifully lofted finish from the Street striker that draws eloquent praise from his team mates; “ beautiful finish you c*nt”. Lovely.

Like any good underage kid brother Ashton turned up with a load of alcohol. Beer (probably cider actually )barrels are dotted all around the ground, for no obvious reason, they’re lined up outside the club house, stacked behind one of the goals, balanced on wood next to the 30 mud splattered seats of the ‘Bill Coggins Stand’ and two more serve to balance a ladder in front of a rusty pitch side tractor. 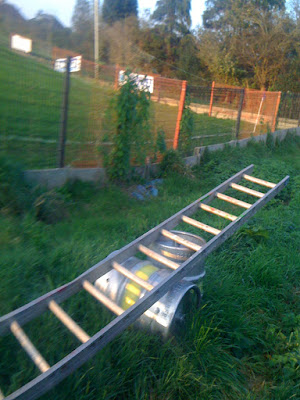 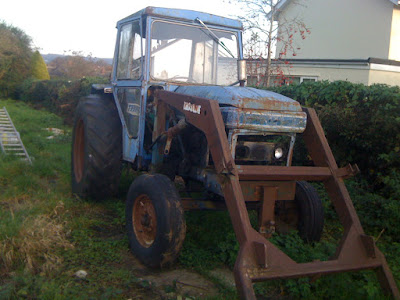 Welcome to Somerset. Where everyone drives a tractor.

A rusty tractor? Yeah, thanks Ashton. It’s rustier than TV-AM’s (and UKIP’s) Rustie Lee. When will we ever need that? Why have you got all these empty beer barrels anyway? What else have you bought us? Sorry, chairs? You thought they’d look nice scattered around the place? 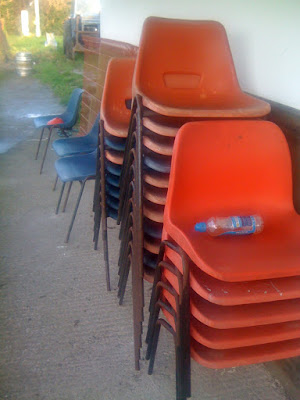 Old school style bucket chairs are piled high, plastic garden chairs line up at the back of the two step terrace and all around the ground Ashton’s chairs are scattered, most of them facing away from the pitch in shame at their unwanted weather beaten presence. Thanks again Ashton. These chairs will come in really useful. 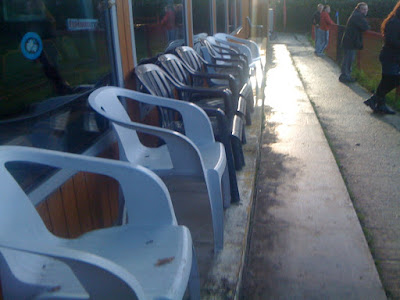 The chairs are shunned and most of the small crowd stand. One erect (behave yourselves) punter informs his mates that today is the last day that Tim Gudgin will be reading out the scores on Final Score, after 16 years. by using the inadequate clichéd analogy of “he’s hanging up his boots today”. His fellow fans don’t recall Gudgin or his unique undulating intonation, so examples are provided and seem to provide some feint recollection which encourages our story teller to offer, “yeah, he’s hanging up his mic today” to explain his retirement. In his mind this analogy still doesn’t provide the result (home win) required, that Gudgin’s verbal stylings will be a big loss to Saturday afternoons. Another, this time successful, demonstration of the full classified results sparks instant warm impressions by all and allows him to finally provide the analogy he was desperately seeking for to indicate the loss of Gudgin’s renowned verbal skills by concluding “yeah, he’s hanging up his mouth today”. 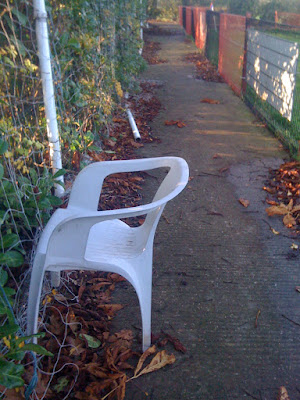 Go to the naughty terrace and stand there and think about what you've done. 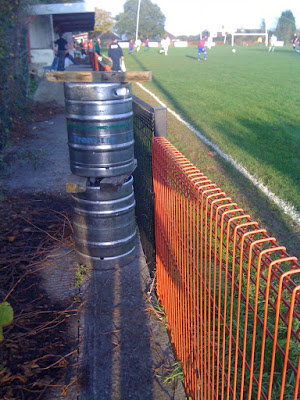 The seagulls swoop on the pitch again at half time, pints of brain addling dirty cider (one of 5 on tap – welcome to Somerset) are supped and the second half starts with another ABU official ambling the line…whilst supping a brew. His tactical advice differs from his colleague and is based around altering the dimensions of their pitch, “lift it”, “raise it”, “get width” and “dig in” all being offered. Someone fire up Rustie Lee. 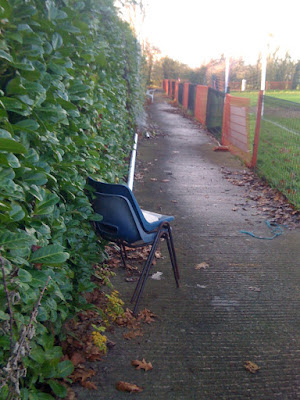 The second half is entertaining, with great goals for each side, and is fairly fought; with physio’s called on to spray water on injuries and provide a helping hand to return players to their weary legs. 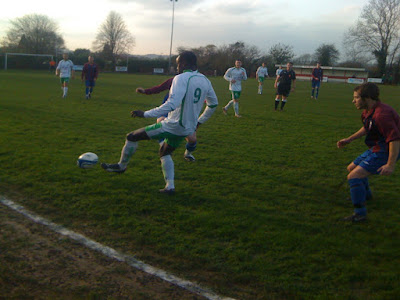 Both teams strikers continue to press for a winner, while both teams defence’s are happy to whack it clear. Midfielders are now irrelevant. Balls are hacked clear, bouncing off rusty tractors (thanks Ashton) and get stuck in the high branches of the trees. As extra time draws to a close the Backwell manager risks dislocating a shoulder by futilely throwing a branch into the lower branches of the tree; back up is called for. As the final whistle blows another bloke jabs a rusty rake at the lower part of the tree, not a branch moves. 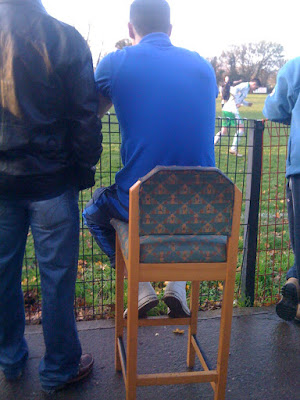 Is there not enough chairs out here! Why do you have to drag one out of the bar?!


There will be dancing on the streets of Street tonight.
Posted by Kenny Legg at 12:56