Over the years I've managed to build up a ridiculous amount of picture of football grounds, matches etc. Most of which I've never looked at since I took them, so in an attempt to pad this blog out about I'll be sharing them with the readers of this blog (Hi Mum!). Over the next few weeks/months Ill be putting up a load of different pictures that capture the various stages of the football match experience. First up though are pictures taken mostly when I've snuck into closed grounds, and in the case of Atletico Madrid, been kicked out. 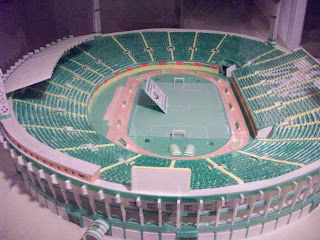 Estadio Jose Alvalade, Sporting Lisbon. A full model of the ground made entirely of sugar, obviously. 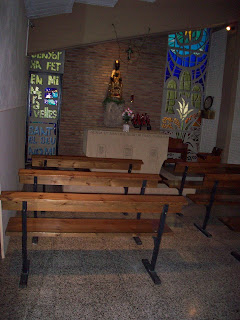 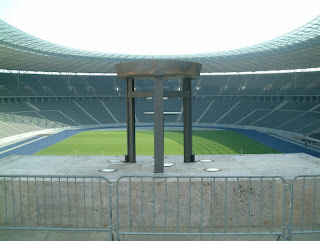 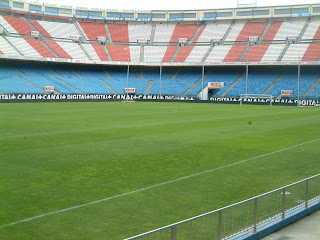 Vicente Calderon, Atletico Madrid. Taken shortly before being booted out, oh the shame! 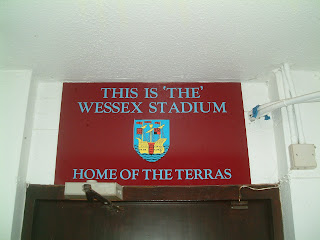 Wessex Stadium, Weymouth FC. The iconic 'This is 'The' Wessex Stadium' sign, know the world over by football connoisseurs. Not exactly 'This is Anfield' is it? 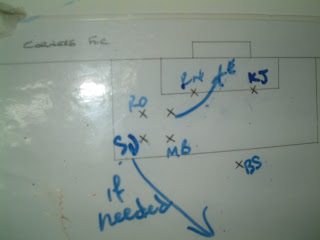 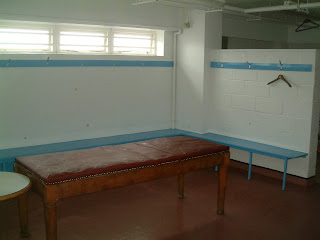 Wessex Stadium, Weymouth FC. The state of the art physio facilities in the home dressing room, as graced by many many woeful players. Property of Malcolm Cu*tis. 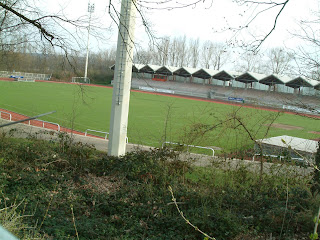 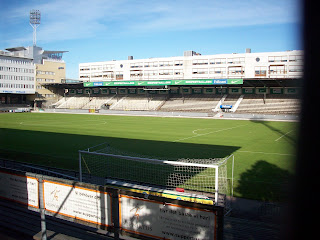 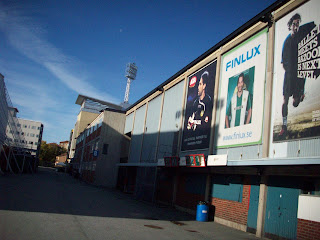 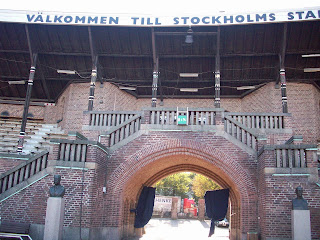 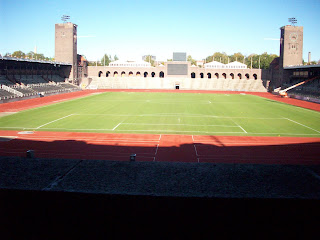 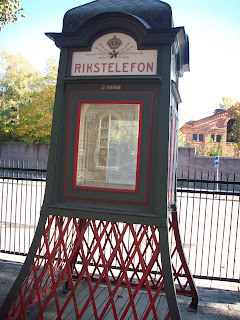 Stockholms Olympiastadion, Djurgardens IF. This stadium was built for the 1912 Stockholm Olympics and hasnt changed much since then, an amazing ground. 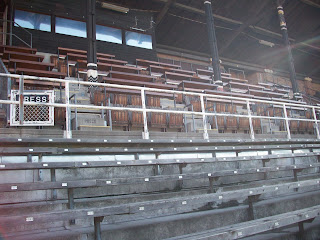 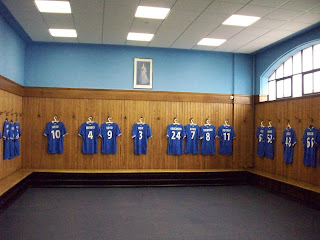 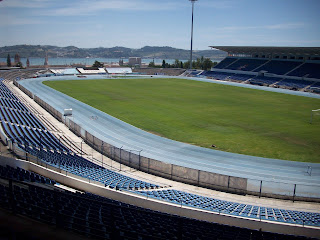 Estadio do Restelo, Belenenses. Had to hurdle a high gate to get back out of this one, almost tore a bollock off. Maybe not worth it. 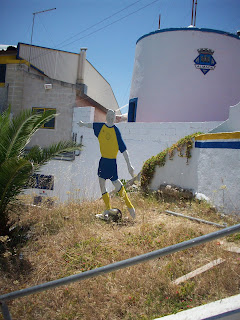 Campo de Jogos de Pragal, Almada AC. Possibly the most spectacularly situated ground I've ever been to, with amazing views over Lisbon and the surrounding coastline. The fact that this team that play in this ground play in the 5th division of Portuguese football just added to the excitement. 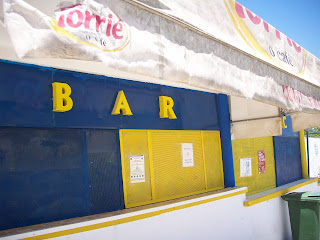 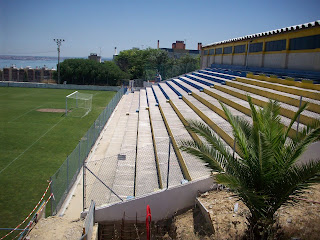 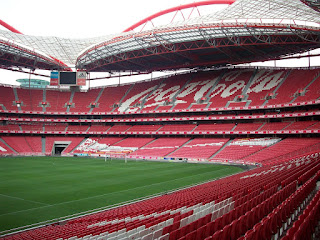 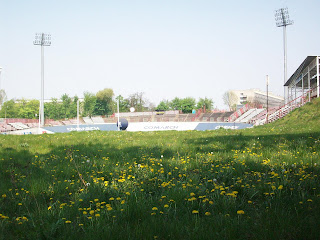 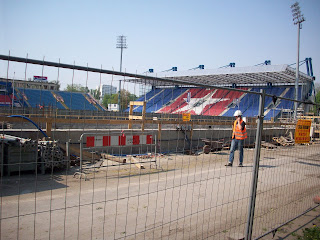 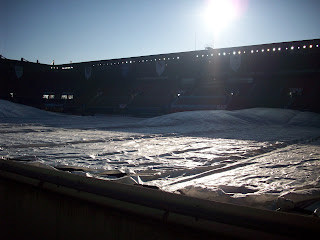 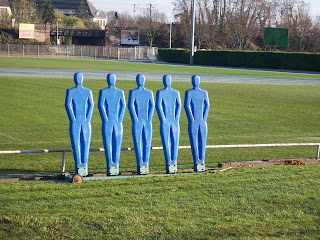 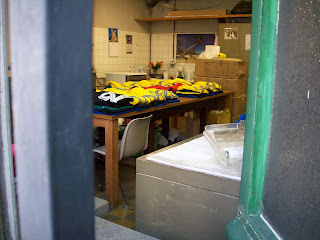