It's 5 minutes to kick off

You've made you're way to the ground, had a couple of beers and now the match is only a matter of minutes away. No matter how piss poor you're team are there's always a sense of excitement and anticipation before the teams come out onto the pitch and the match starts (well almost).
These photos show some of the ways in which, mostly German to be honest, fans try to build the atmosphere prior to the game and show their support for those representing their club. 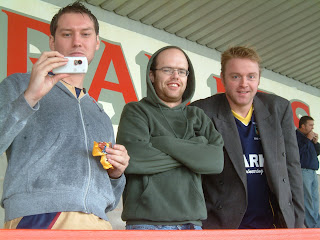 Morecambe v Weymouth, Conference National 2 September 2006. 5 minutes to kick off, 220 miles from home, soaked to the skin, freezing cold and surrounded by miserable flat cap wearing northerners and about to witness a 2-0 defeat. One of the best away days ever. 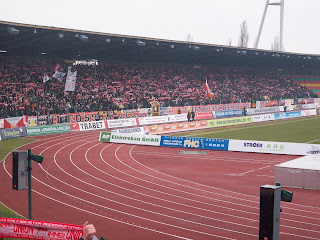 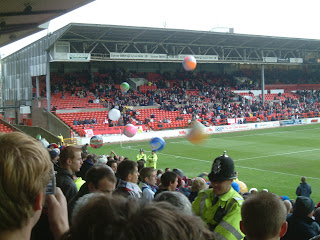 Nottingham Forest v Weymouth, FA Cup 1st Round. 5th November 2005. One day Weymouth will play at grounds like this every week.... 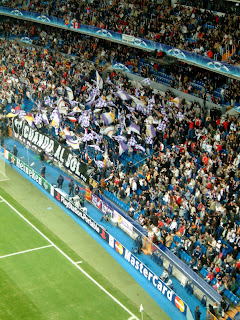 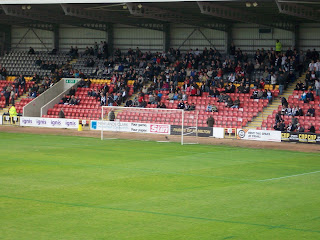 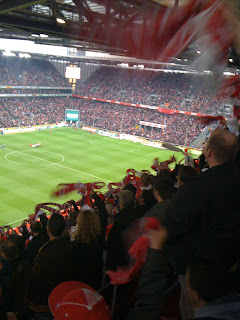 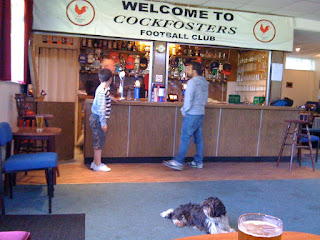 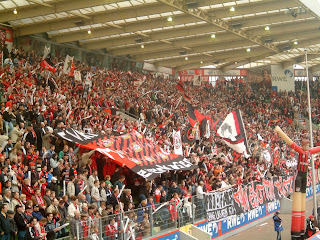 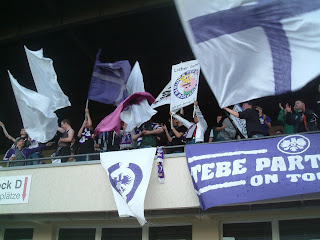 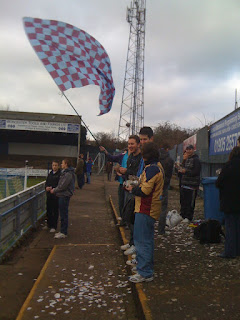 And sometimes you just don't make it there in time for kick off. 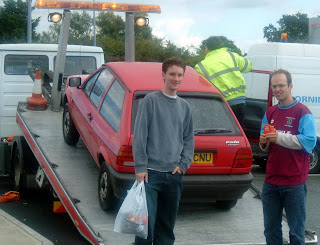 Hornchurch v Weymouth, Conference South. 30 August 2004. The beginning of the end of 'Mr Fox' somewhere on the M4 on the outskirts of Reading.