Another One Goes By.

Maybe I'm being a little hasty there.

On the pitch progress has been made. Last season we stayed up on the last day, this season it was secured in the penultimate game. Last season we finished one above the relegation zone, this year it was two. If we continue to improve at this rate then we are gonna piss the league in the 2027/28. 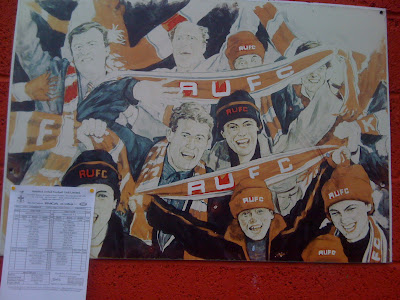 Nice mural you've got their Redditch, but something doesn't look right. Have you....

Off the pitch evil wazzuck George Rolls has left (*does dance like Carlton Banks*) to have a play around with Kettering and we're now in the hands of a community trust. Sadly Rolls left the place in a bit of a mess, leaving behind £40,000 worth of debt, 47 tubs of extra greasy hair gel and 12 rotten quiches, but things are looking better than they have done for a long time. 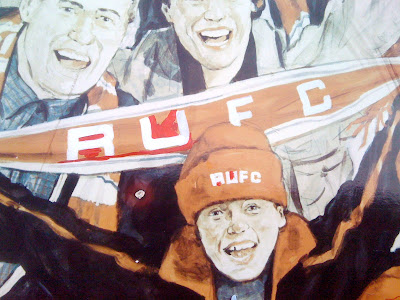 ....you have, you've taken someone else's mural and tippexed RUFC on to it. I'm on to you Redditch!

We've got similarities with Redditch. They too have suffered a financial crisis and crushing relegations and look to be coming out the other side. But they've got one thing we haven't got, a star player. They've only bloody got ex England and Aston Villa star (and victim of a burglary by Trevor Francis's son, Lee Hendrie. Their manager also has none of the glamour of Premier League. Why it's only ex Sheffield Wednesday midfielder scrapper Graham Hyde. WOW! 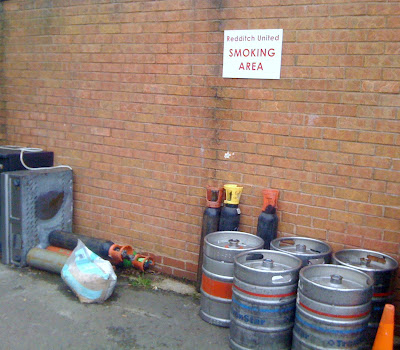 It's fair to say Hyde's a little excited about having Hendrie in his squad, so much so he included this gushing waffle on him in his programme notes " the signing of Lee just gave us that extra quality we lacked at certain times...as the saying goes 'it takes 10 players to carry the piano, but only needs 1 to play it”

Hang on a minute there Graham. There is no saying like that. It makes no sense. All kinds of question arise here Graham.

Surely 10 trained pianists shouldn't be forced to carry a piano, they're not cut out for such work. They have dainty, dexterous fingers, not the fingers of a brute use to the mammoth task of shifting a piano.

Ten people to move a piano seems a little excessive? What are your overheads?

Why not hire experienced trained piano movers.Using an unqualified person could result in damage to the piano's case and its mechanics and then where will you be Graham? Think on.

Will being required to move the piano themselves invalidate the terms and conditions of the musicians expensive insurance?

Two people can play the same piano at the same time Graham. Are you not familiar with the Marx brothers superb piano dueting skills?

Now Graham, you did a lot of good work in helping to raise awareness of the centre parting long after it went out of fashion but your analogies are, frankly, misguided. 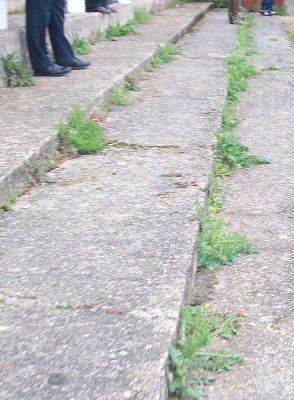 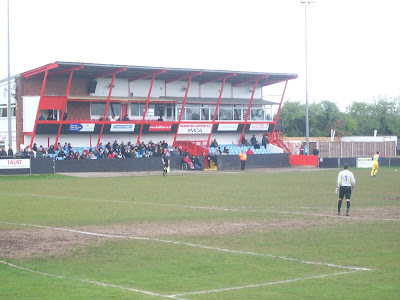 I like the ground. Old terraces with weeds poking through, weird shaped stand. Marvellous. The floor of the bar has tremendous carpet. I bloody love non league carpet. There's two eye strain inducing budget Alba TV's stuck high up on a wall. They're tiny. Minuscule. They could probably be covered up with two piano keys and the shattered wrist bone of a classically trained pianist forced to hastily remove a detuned grand piano from the third floor of, now bankrupt, Lee Hendrie's opulent £1.7m mansion. 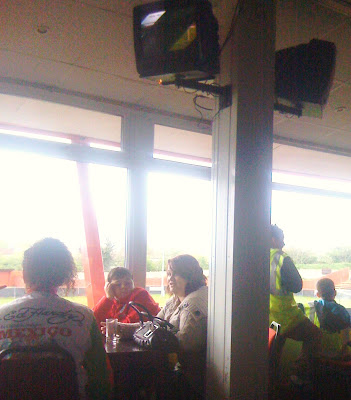 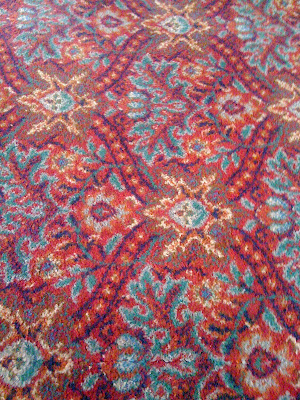 On every wall drawing pins hold up laserjet printed signs "no boots in the clubhouse", "Please queue here for the bar", "CCTV operates in here 24 hours" (probably a lie) and "please come to our end of season party cos you know it'd be really cool and I'd like to buy you a spritzer. Your hair looks pretty" (embellished that one slightly). The only one I can't see is the one that the locals were all strictly adhering to which says "Please do remember to elongate your vowels and talk like you're trying to clear cotton wall, soaked in a crème Egg McFlurry, from your nasal passages." 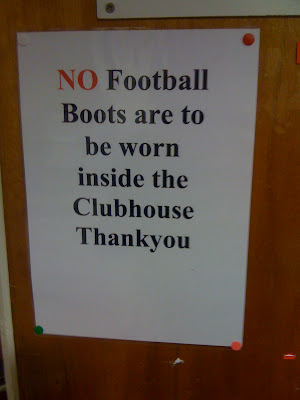 It's a good job you put the NO in red capitals, otherwise I might have strolled right on in with my Puma King's on. 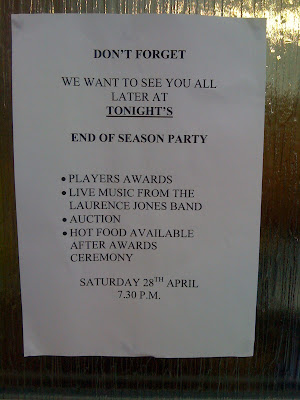 Will there be quiche? 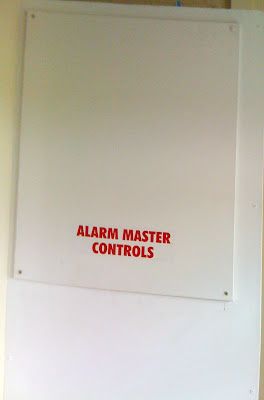 Jeepers! It's only the box that holds that alarm master controls!

It's last day of the season, a day to bask in the spring sunshine. Wrong! It's penis shrinkingly cold. It's the last day of the season and there's nothing to play for. That means an exhibition of football. Wrong! Weymouth could have been six down at half time, nine by the end and we didn't even have a shot. We were woeful. If you'll allow me I'd like to comment on this performance by using an overblown indulgent metaphor that I'm sure Graham Hyde will understand. 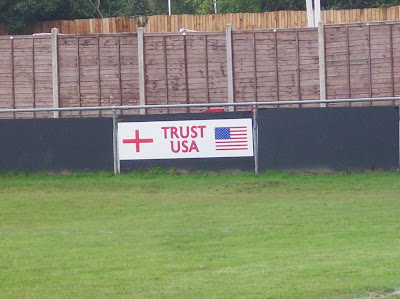 The players, well Graham, I'm not sure I'd trust some of them to remove a child's plastic xylophone from a branch of the Early Learning Centre, let alone be trusted with a concert grand piano.

The manager, well he might be looking for a new job in the summer. His attempts to introduce new songs consisted of my pianist doing little more than mashing the keys like a child high on energy drinks throwing a violent tantrum. His previous experience was directing the shipment of a Casio VL-1 keyboard to a draughty venue where a rabbit fearing mute would entertain crowds by pressing the "demo" button and mime the hits of B'Witched. 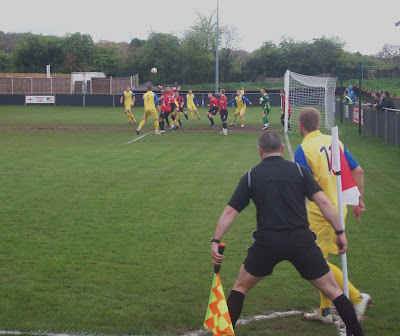 Our attempts to move the piano today were embarrassing. There's no formation, no skill and we made little attempt to get the piano near the stage so the pianist could perform. I fear, that sometime soon, my precious piano is going to tip over backwards and explode into a tuneless mushroom cloud Graham I really do.

Quite honestly Graham if things remain the same were gonna struggle next concert season. My biggest concern being that support for my piano orchestra dwindles after a series of poor performances which culminates in a disastrous concert. A concert in which my inept piano movers fail to place the piano centre stage on time and my classically lead pianist is booed off stage after trying to entertain a packed opera house with a series of squelchy armpit farts.