Sneaking in at Racing Club Strasbourg

This was one of the most dangerous AiT 'Sneaking In' missions so far. I probably wouldn't have bothered going at all if I'd realised that the city of Strasbourg also has a team called FC Kronenbourg, I'd have been all over that tinpot/beer cross in a gaelic shrug of the shoulders. Any jokes about them playing a 1-6-6-4 formation will be instantly deleted.
First, some facts which have been copy and pasted from Wikipedia, then altered slightly to give the impression of some element of research.
Anyway, here's the latest in the series of boring photos from a ground I've trespassed around. 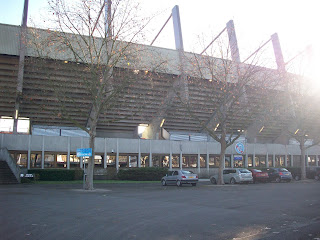 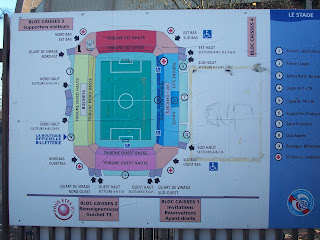 A helpful map, sadly not indicating the magic door to get me in. Fair to say that sneaking in wasn't going to well. Bet Bono didn't have this trouble getting in. 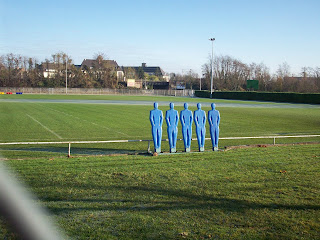 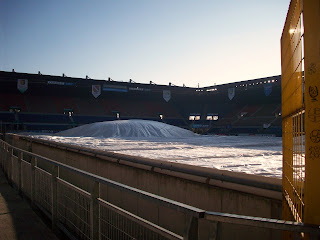 Aha! The magic gate, but what the chuff is that. It's heading straight for me! 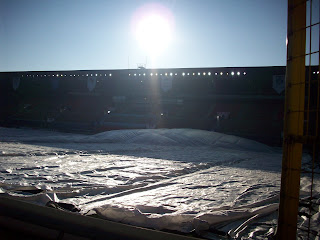 It's on my right as well. Zoinks! I'm surrounded! Decide it's an autopsy on the Marshmallow Man from Ghostbusters and I should be safe. 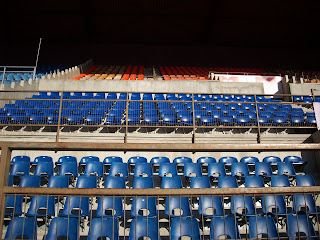 Decide to take a dull picture of some seats and pretend I've not seen it. 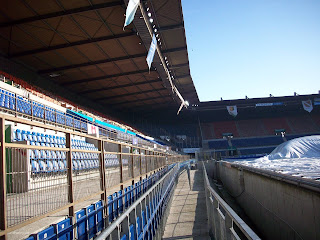 Attempt a half seat/half pitch picture in an attempt to see if "the thing" is still there. 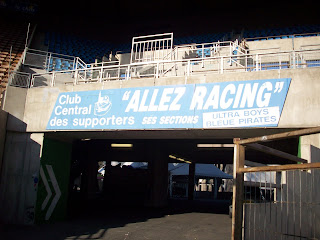 Decide to head for the exit, just to be sure. Left my proton pack at home and this ground isn't really worth the risk.
Posted by Kenny Legg at 07:46