(Not) Sneaking In at Home United FC

So far on my Singaporetour I've managed to sneak in at S-League winners, Etoile FC; runners up Tampines Rovers and now to complete the hat trick by sneaking in at the Clementi Stadium, home of 3rd place Home United FC. Or so I thought. 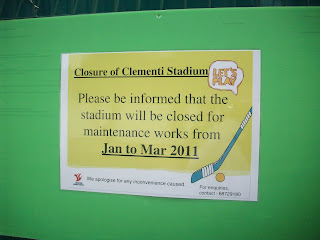 Yep, turns out Home United are now playing at the Bishan Stadium and no one thought to tell me. So, here are some pictures of the Clementi Stadium, where Home United played last season. Great. 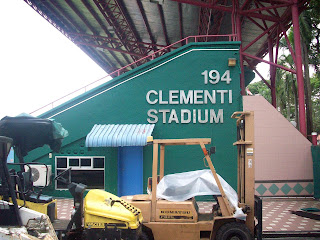 Home United were previously known as the Police Football Club, with the club changing their name in 1997 to reflect that fact that the team represents the Singapore Civil Defence Force and the Immigration and Checkpoints Authority, as well as the local fuzz. The links to Police give Home United their slightly sinister nickname of The Protectors, with their club badge being a picture of a dragon. Singapore's Armed Forces are also represented in the league by, get this, Singapore Armed Forces FC. 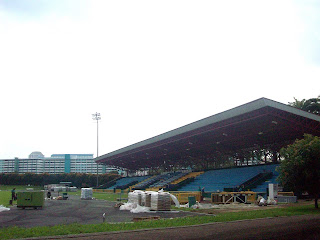 Home United are twice S.League winners, in 1999 and 2003, and cup winners in 2000, 2001, 2003 and 2005. Many observers have the team amongst the favourites to land the title this season, especially after securing 2010's S League top scorer, Etoile striker Frederic Mendy. However, the "title bid took a stumble right out of the gate" with a 1-1 draw in the opening fixture, away to minnows Balestier Khalsa in front of a crowd of 1,335. 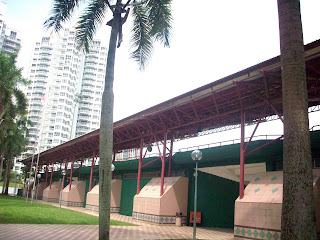 United's most well known player is goalkeeper Lionel Lewis, who previously had trials at Manchester City in 2007 and is currently the only player from an ASEAN country to be nominated for the Asian Footballer of the Year award, in 2006. When not keeping goal for 'The Protectors' he can be found pounding the beat, , as he is also a Police Officer in Singapore. 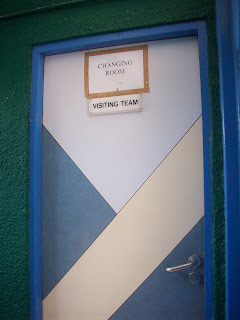 There big signing of the summer is a renewal of a sponsorship deal with Kappa, a deal that was signed at Home United's second clubhouse, a facility that "hopes to meet the needs of Home Team members, members of Home United Fan Club and Home United's sponsors" and "will cater to die-hard football fans". It has a karaoke room.