Sneaking in at Etoile FC

Come in, take a pew, make yourself comfy and join me for the 2nd of my trips into the world of Singapore's S-League. After Tampines Rovers we pitch up at the Queenstown Sports Complex, home of current S League Champions French team Etoile. Etoile were formed to play as a foreign team in 2010 and consisted solely of french nationals and went on to win the League and League Cup in their first season. Zut Allors!! 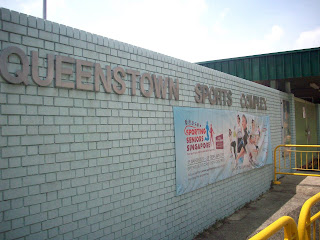 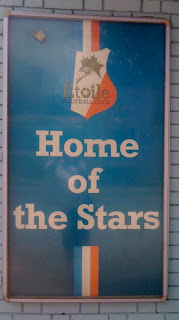 Etoile, French for star, were the first European side to play in the S League but the eighth foreign team to compete, the first being Sinchi FC of China in 2003. The club was established with the sole aim of helping French players return to the professional game and further their prospects of playing football in Asia, with the Singapore FA also keen to see foreign sides participate in an effort to improve the quality of the League and attract additional sponsorship. 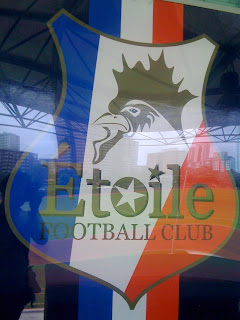 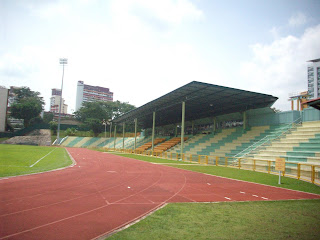 The participation of foreign sides in the S-League hasn't always been a success, many foreign teams no longer participate in the league and others have brought unwanted attention to the league. Chinese side Liaoning Guangyuan FC were involved in a betting scandal which saw seven of their players jailed and the team manager, Wang Xin, remains wanted by the Singapore authorities. Sporting Afrique became the first African team in the S League in 2006 however after shocking treatment of their players they were denied entry in 2007. 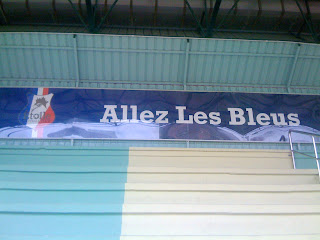 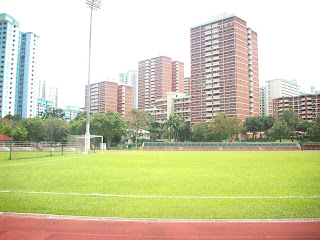 Unlike 2010 league runners up Tampines Rovers Etoile are not allowed to compete in the Asian Football Confederation (AFC) tournaments, in their case the Asian Champions League. This is due to the AFC not allowing teams from leagues that include non domestic teams to participate and that the S-League falls foul of the AFC requirement that national league fixtures should have a minimum average attendance of 5,000, in the 2010 season the S-League average hit a historical low of slightly less than 1.500. 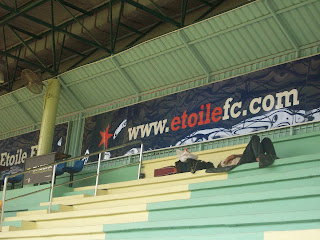 What every good football ground should have. A man asleep in side, surrounded by his belongings. 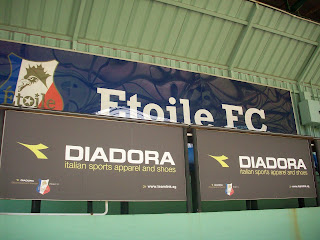 Things are shaping up to be slightly different at Etoile this season. Less than a month before the start of the season it was announced that Italian Guglielmo Arena (click here for his CV! Give him a call on his mobile if you like) has taken over the managerial role, fifteen new players have signed and only four players from last seasons squad remain, with top scorer Frederic Mendy joining league rivals Home United. 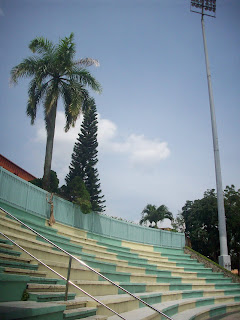 The pre-season tour to Thailand saw Etoile lose both games and the season didn't get off to the best of starts with a 2-1 loss to Tampines Rovers in the Charity Shield in front of a crowd of 2,252, with a performance that showed that after all the upheaval Etoile are unsurprisingly "months away from truly gelling as a team and boy were they a pale shadow of the side that won the championship last season." 2011 will be an interesting season for Etoile and the whole notion of foreign teams in the S League as it faces up to the challenge of dwindling interest.
Posted by Kenny Legg at 18:43