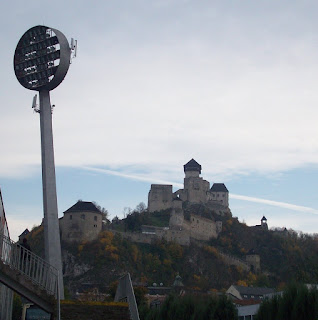 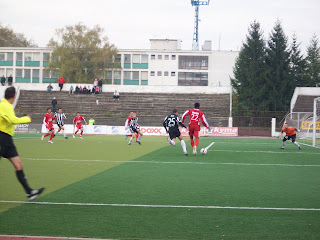 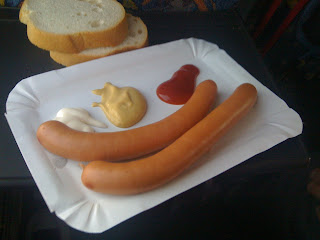 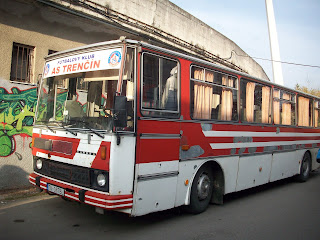 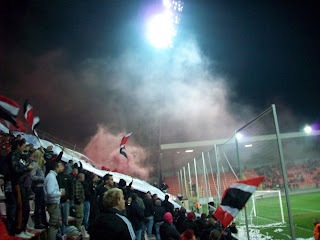 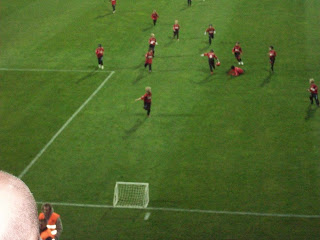 Maria concluded the trip home with a speech thanking us for using Miti Busz Travel and that she hoped she'd exceeded our expectations (Palinka, disgusting sausages and bingo...expectations exceeded) and a cheeky plug for their Facebook fan site, which we all made a mental note off in the hope it would be the start of a warm trail that would lead back to the Facebook page of her daughter.
Posted by Kenny Legg at 15:50 4 comments:

"so this weekend you're going to Budapest, with a load of people you've never met, to watch Hungarian and Slovakian football?"

Pretty much every conversation I'd had about the European Football Weekends Oktoberfest ended with this bemused conclusion and a shake of the head from those unfamiliar with the good work of Danny Last's excellent website and part time travel agency. 30 football fans, on a bus stocked with beer, watching obscure football - I couldn't think of a better weekend.*

First up a trip to Zalaegerszeg, to watch their match against, Budapest side, Vasas SC, but before the football a spot of culture and a trip to Siofok to see Lake Balaton, the largest lake in central Europe apparently.

The 220km+ journey was made with the good people of Miti Busz Travel and their band of parking space adverse drivers, today's driver being Stephen. Stephen maintained the good tradition of Miti Busz Travel by shunning designated car parking areas and circled the town centre of Siofok twice before parking across about 8 car parking spaces and blocking 5 cars in. Not for him the empty car park next to Lake Balaton, the place we'd stopped to look at, oh no. You want to hear more about the lake, well I'm sure google will tell you - it looked massive, I retired to McDonalds for a bit of traditional Hungarian cuisine.

A bit more of the Hungarian culture was sampled back on the bus with the formation of one of them human chains that the army usually deploy to shift sandbags in a flood disaster zone, we put ours to a much more useful purpose and 60 (sixty) cans of beer were quickly ferried onto the obstructively parked coach for the remainder of the journey to Zigazigah.

We arrived at the ZTE Arena shortly before kick off, we would have arrived sooner but Stephen's fear of a car park kicked in again. He decided to complete a lap of the plentiful car park and drop us at the turnstiles, only to be turned back to the car park - leaving a coach full of souvenir seeking passengers stuck on the bus while he reversed back to the car park. 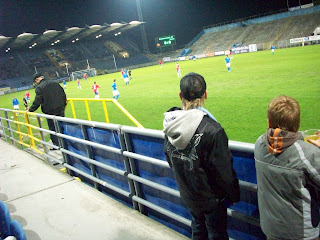 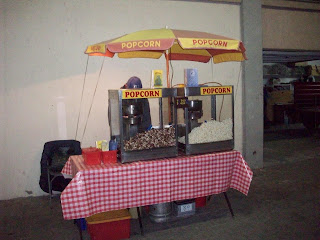 "Popcorn! Trill!" No thanks mate. Lager, yes. Bird seed, no. Keep bird seed out of football.

Finally in the ground we besieged the Zig and Zag club shop (table) and provided them with untold riches in return for a selection of scarfs and other such tat. Scarfs on, beers purchased, popcorn and various bird seed based snacks shunned and we're ready for the match and boy did it disappoint. Absolutely woeful. Zubizaretta won 2-1 with a last minute, last touch of the game goal against a stubborn, and shit, Vasas team to leave the locals to file out of the ground to go dancing on the streets of downtown Zalaegerszeg and turn the memories of the last minute winner into the stuff of legend that will go on to be referred to as "that magical night in Zalaegerszeg" - or not. 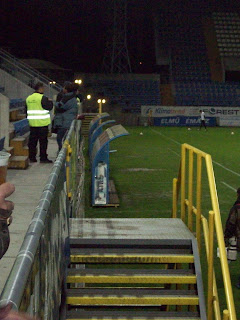 These dugouts have won the award for Europe's thinnest dugouts for 4 years running. 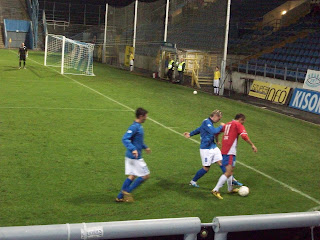 Not such a distinguished night for the Zalaegerszeg Ultras, who could quite rightly go on to refer to the night as "that confusing night in Zalaegerszeg. where we tried to be proper nawty and charged a bus of what we thought were Vasas fans but turned out to be a bunch of people from different countries enjoying a few beers and watching football who then, to a man, pissed themselves laughing at the sight of us Danny Dyer wannabes offering out their coach of football tourists". Good work Ultras. You proper mugs! 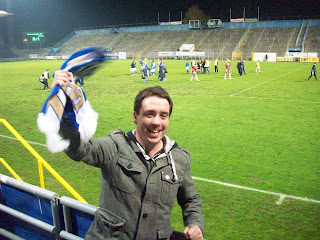 Celebrating the end of the match.

The journey home was memorable for stories of Belgian necrophilia, and a hearty rendition of a Bavarian folk song, seemingly with the chorus of "what is on your arse"? Not entirely what was advertised in the tour brochure but piss funny nonetheless. A doth of the cap in the direction of Hans and Stoffers. Good work fellas.

For a more professional review of the match have a look at Chris Mills' report over at European Football Weekends.

There will be no match report today as AiTinpot was ill due to an excess of beer and vodka the previous night. You will appreciate that my sole focus was on not being violently ill in the toilets of low level non league football ground, which surely would have been a nadir in my life.

Feel cheated about the lack of Bristol Manor Farm action? Go here and here for your kicks. Now, have a look at some pictures and please drink responsibly. 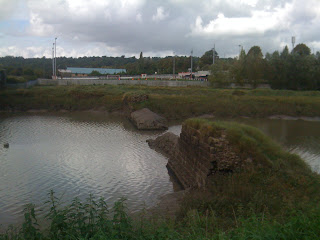 Sea Mills Dock with The Creek in the background. Give yourself a Bristol history lesson here, go on, learn something from this blog. 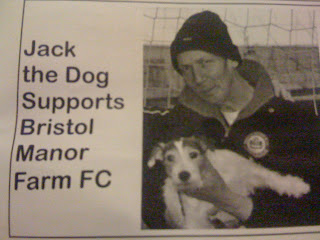 Doesn't look like Jack has much choice to be honest. 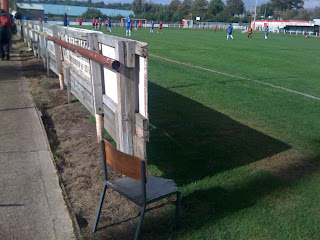 The best seat in the house (ground). 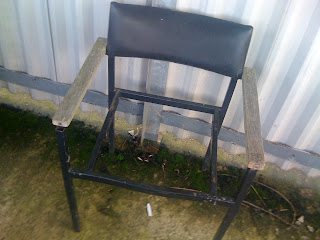 The second best seat in the house (ground). 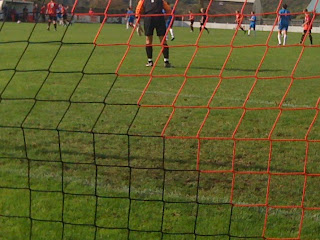 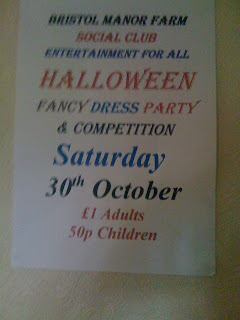