....and the goalkeeper wore Robocop.

"And Sparta Bilk II will kick off in the all yellow strip kicking towards the Gnome with Binoculars end.  Upfront today a man trying to impersonate a Swedish striker currently at PSG and the other a humongous lad who thinks Man vs Food is a cookery advice programme." 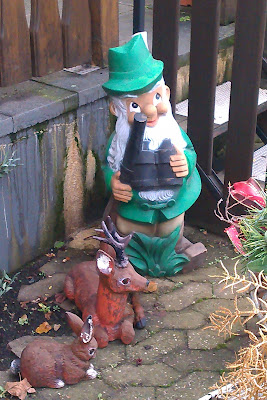 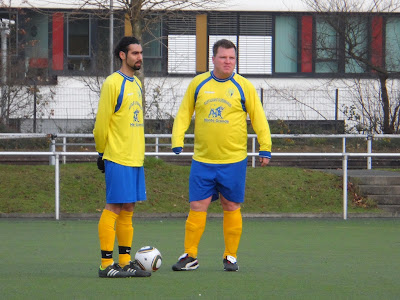 Zlatan and Fat Man.Tubby is clearly hiding a twix in his sleeves.

A bonus of being early at German tinpot is even lower levels of tinpot taking place when you arrive. The standard is pubs league. The team names sound like proper team names. Which makes it fine.Zlatanalike is in the team due to his haircut and sculpted beard and, as is the rule with any big lad, fatty has a good touch. A good touch of obesity. 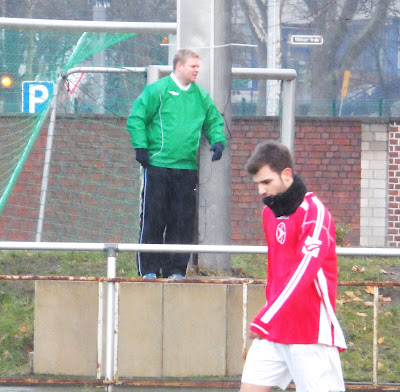 That game finishes and slowly the ground becomes slightly less sparsely populated. A scrawling wind blows rain in through the small stand, much to the chagrin of a couple of old boys who are sat in their usual seats.  They toil for ten minutes to mend the fence furiously working in tandem to keep out the precipitation and maintain their traditions. They defeat the elements. The wood is replaced, the gap blocked, the rain defeated.  Success! 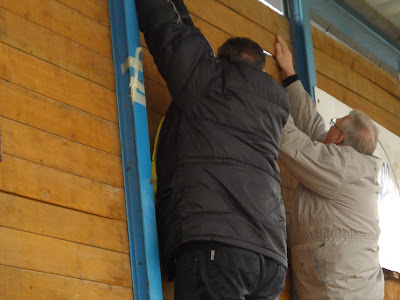 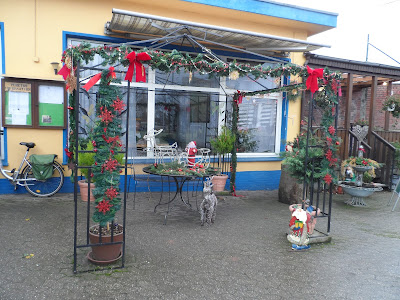 Sparta Bilk. More festive than a Snowman watching the Queens speech whilst wearing a paper hat.

Inside the clubhouse were clearly awaiting the arrival of Pato Banton (or similar) to turn on the Christmas lights. The place is darker than a"Goth wardrobe by night" postcard.  Home-made frikadellas are served by the minimal illumination granted by the eyes of two sinister owls who clearly indulge in all sorts of head spinning voodoo shortly after last orders is called. 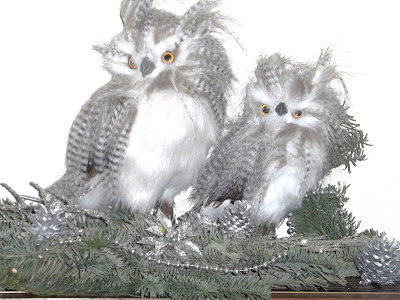 We've come for your babies. 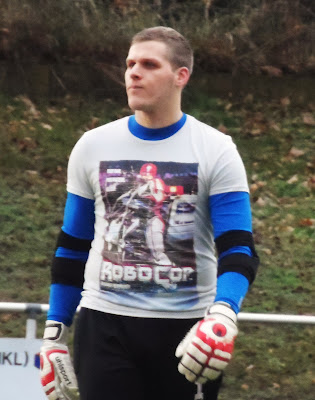 Yep. A Robocop T Shirt. Now, either Germania Ratingen are sponsored by Omni Consumer Products or this is officially the most tinpot thing since the last one. Now clearly you'd expect me to coast here and make some week Robocop puns for the rest of this. Oh, believe me I would. But I've never seen the film. In fact I've no idea about movies in general. (Or women.....or fashion sense. Yes, yes...) So, you'll have to make your funnies and damn fine they'll be too. You're funnier than you realise. It's either that or I copy and paste stuff about the 1987 American science fiction action film directed by Paul Verhoeven and written by Edward Neumeier and Michael Milner and pass it off as my own. 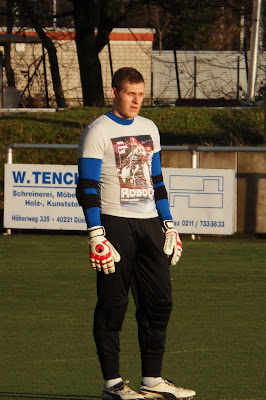 Anyone thought of any good gags yet? I can always amend this blog, pass them off as my own.

So from then on its 90 minutes of trying to take photos of the keeper without invoking a harassment order. It's not easy. He knows, everyone in the crowd knows what I'm up to. I should have just asked him to pose for a photo but that's against the tinpot adventures code of honour that I stand by. 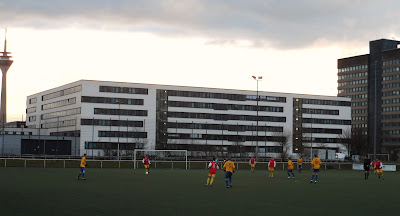 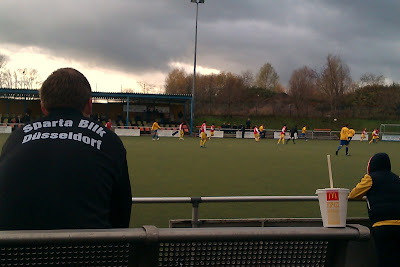 Token match shot II. He's Back To Protect The Innocent.

Three Euro entry. That's all. Nothing. Too much for one flash git though. He's parked his car in the car park behind the main stand and he's watching the game from there. He's even brought the missus along. This is a man who, like me, understands women [citation needed] and knows that women lust after men who are exceptionally frugal and want to tear the longjohns and thermal pants off  men who tantalise them with long afternoons of vigorous groundhopping foreplay,  where they are don't actually set foot in the ground and never quite reach the full tick in the box glory. 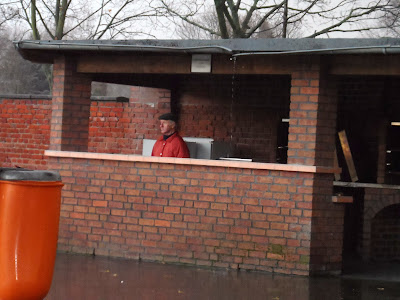 Have you ever seen a bleaker picture?

The match, well you can see for yourselves. There's ten minutes of highlights over here. The highlight of the first half is after 2minutes ish when you'll see me attempt to trap a ball and coming nowhere near. Thankfully a well placed railing means I don't get hit in the nutsacks. 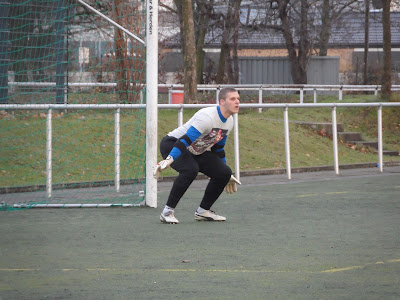 The second half is played out amidst bright sunshine, hail storms and a small rainbow that places a pot of gold under the anus of the owls in the clubhouse. Germania take the lead, Bilk equalise. Bilk dominate but Robokeeper keeps them at bay. He even threatens to take on the crowd and spends thirty seconds shouting at a couple of slightly rain sodden old men. Christ this paragraph was crying our for some links to Robocop to make it even mildly amusing. 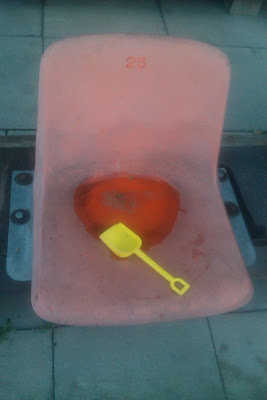 Here at Ai(das)Tinpot we're not afraid to call a spade a Schaufel.

A Germanian produces the one bit of skill in the entire match, a brilliant through ball with the outside of the left foot which Marcus Bonnie then tucks away to leave Bilk defeated like the evil Clarence Boddiker. Or something like that.
Posted by Kenny Legg at 19:52