DSC’s ground, the Bezirkssportanlage Düsseltal, hosted the German Cup Final.....in 1921. As there probably wasn’t a lot else going on in Germany at that time** a crowd of 27,000 (twenty seven thousand) turned up for the match between 1 FC. Nürnberg and Vorwärts Berlin, with many of the crowd being French soldiers who ehhh...probably...umm...just happened to be passing through the Rhineland area at the time. ** 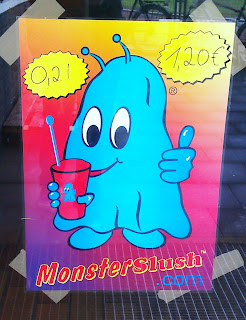 Double AiT thumbs up to a thumbs up monster type thing. Not really sure what that's supposed to be actually.

Kick off was delayed for 30 (thirty) minutes as the linesman’s flags went missing (of course) before Nürnberg won 5-0, a score line which included a hat trick from Luitpold Popp (Popp, Popp, Popp), and they became the first side to successfully defend the championship. Right, that’s now emptied the contents of the AiT facts sack for this season normal service will commence. 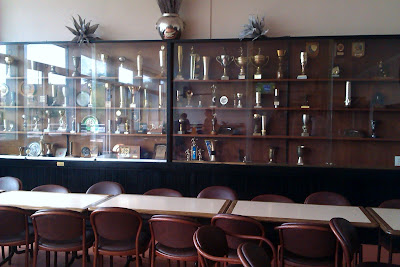 Pretty impressive range of trophies that.

DSC 99 are one of the world’s most successful clubs, if the club house wall spanning trophy cabinet is to be believed. Closer inspection reveals I may have been viciously hoodwinked. Some of these don’t even seem to be trophies at all. There’s a plaque from the prestigious “Southend Borough Football Combination”, a statue of a bell “presented by Mayor Frank L. Rizzo - City of Philadelphia” and a footballers amputated lower leg. The glittering cabinet is marvellously highlighted by a number of dead plants and a teeny-tiny, dusty glitter ball. 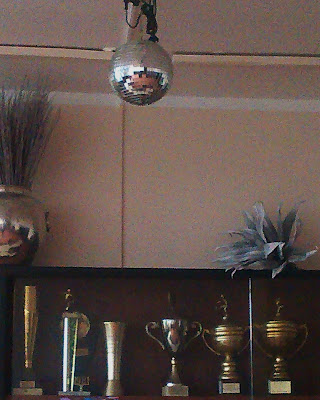 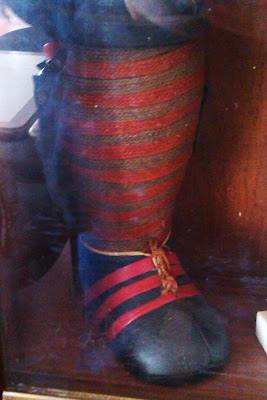 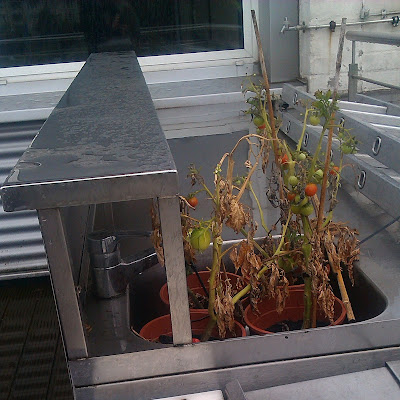 The standard of the officials at German non league tinpot offers two plus points when compared to England, namely the extensive deployment of a) referees with glasses and b) the half arsed, half way line clinging, club linesman. Both of which I’m delighted to inform you were here today.

If only all linesmen were like Hilden’s then football would be a better place. In my mind anyway. He is a tremendous man who rarely moves from the touchline, offers languid indications of the directions of throw ins whilst wearing a huge coat, baseball cap and providing a running commentary to his, increasingly sweary, wife on the touchline. 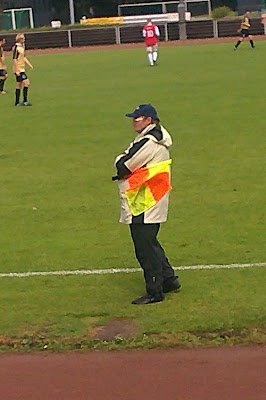 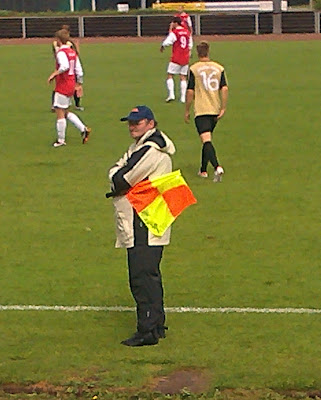 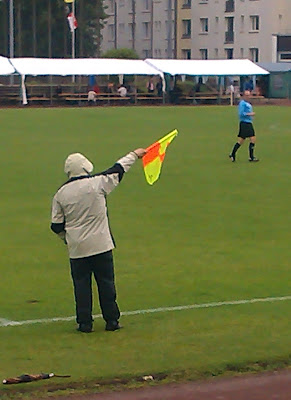 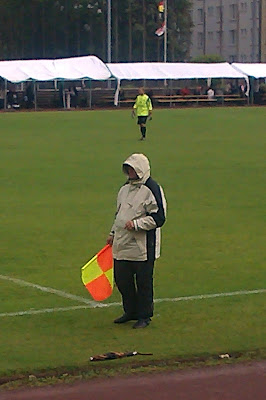 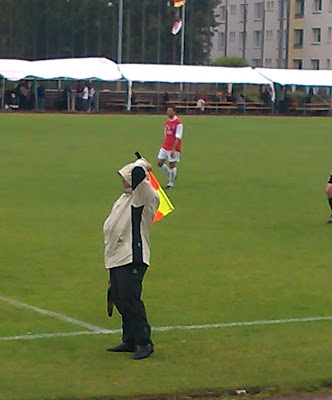 As the rain starts to lash down the lino fumbles for his hood, a raging battle ensues with his ears who finally relinquish their role as trusted gatekeepers to his head and allow the hood full access to his bedraggled mop of hair. Next, the tinpot gods spoil me as the lineman decides he can better not influence the game by holding an umbrella. An umbrella. 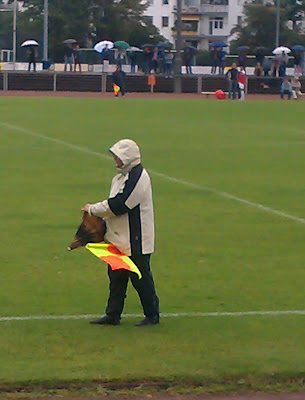 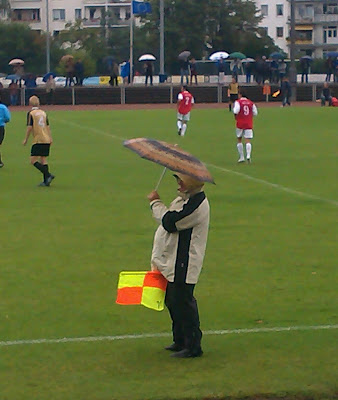 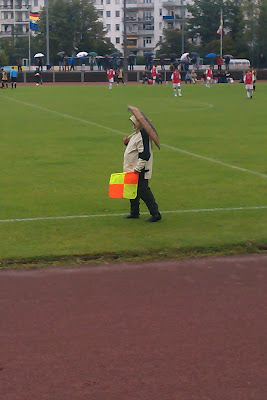 For two minutes he battles to get the umbrella up. He drops the flag, the hood flops back down, his wife swears at him, the pole on the umbrella refuses to budge, he clutches the flag between his legs, he tugs the umbrella furiously, I take my 87th picture of this sorry scene, he’s now drenched, I’m drenched, the umbrella get stuck halfway up, the direction of a throw in remains unindicated, the umbrella won’t unfold, then, finally glorious rain shielding success is achieved and the brolly triumphantly raised skywards.

It stopped raining shortly after. He put the umbrella away with minimal fuss. 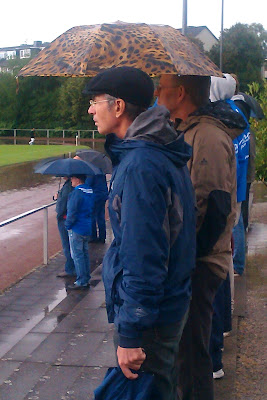 This years football fan must have, the beret and leopard skin print umbrella.

DSC are kitted out like Arsenal. They don’t play like it, they score some goals. Hah. Jokes. Two, in one game, in one half even. The first is celebrated with the goal scorer skidding on his knees and shouting “yeeahh baby” in a terrifyingly disturbing German accent before disappearing at the bottom of a bundle. The second? Ahh, I forget. Linesman with an umbrella!!

In addition to that excitement the other lino gets a ticking off from the ref and the home physio treats a leg injury by popping a couple of ice cubes in the stricken players pants. German health system, best in the world. “Of course, the crippling arthritis in your hands is curable Fritz, just strap a Mr. Freeze to the inside of your boxers and be on your way home.” 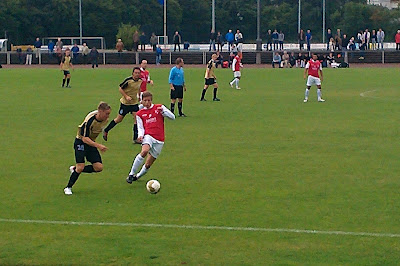 The second half starts with a mega storm. The linesman conquers his umbrella with minimal fuss, managers and subs sprint under the marquee, lone groundhoppers steadfastly refuse to move from the open terrace and continue to make notes in increasingly damp notebooks, huge puddles soon cover the ash track and a man in an electric disabled scooter is at significant risk of becoming a human fireball and/or getting marooned in the sodden ash track as the water pours into the marquee. 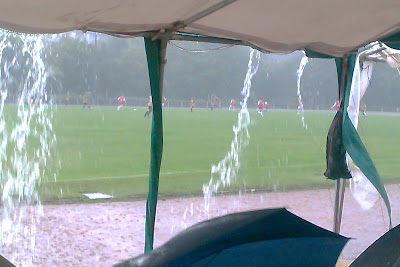 With the man on the scooter safely moved to higher ground the excitement really begins. Grown men jostle each other to joust the puddles formed on the marquee roof with their umbrellas and take great pride at being responsible for the subsequent cascade of water. Some kids get involved, they can’t reach, the suckers and have to be content with cycling full pelt through the puddles. As the fun just doesn’t stop off the pitch the longest, the most boring half of football ever is played out on it.

In conclusion, AiT says “vote yes to linesmen with umbrellas.”

**Adventures in Tinpot maintains a strict “don’t mention the war policy”. ﻿
Posted by Kenny Legg at 16:55