Nuthin' but a 'Tinpot' Thang

It would be lazy and a cliché to type a blog on a Bath based team based on how posh the city is.

Well, at AiT we love laziness and clichés more than we love parrots being sick over the moon Geoff. 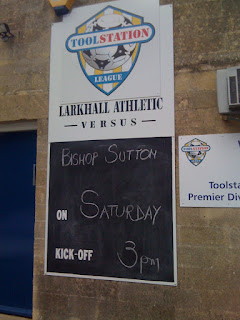 Obligatory shot of regulation Toolstation League blackboard.
Larkhall is a suburb of Bath with a small square housing it's own theatre (of course it's own theatre - welcome to Bath) and a Cafe where the jacket potato of the day is Hummus and Carrot (*shakes head*) and the Sport section of The Guardian remains untouched while possession of the Review section is keenly contested.

The square also has a notice board dedicated to current Western League Champions, Larkhall Athletic that signifies the start of the hike to Plain Ham ground (I've no idea, sorry). The trek takes me past numerous extravagant houses hosting violin practice, the 'Headquarters and Training Ground of the Second Victoria Scouts' (what kind of scout troupe has a training ground - someone needs to keep an eye on these woggle twirling jihadi's) and sprawling mansions with names like 'The Grange' and ehh...'Ian'. 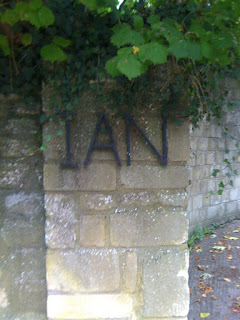 The clubhouse is quaint, of course it is. A sign on the bar highlights the slow pace of life here “all our bar staff are volunteers please be patient”, an ornate certificate commemorating a bell ringing session in honour of Larkhall winning the Western League Division One in 2009 is displayed proudly and the tinpot classic of the ham bread rolls behind the bar are not only a step above those of most tinpot grounds but whole flight of stairs ahead. The clubhouse is populated by the usual small bunch of dishevelled OAP's, slowly supping real ale and thinking lustful thoughts as Sue Baker appears on the TV in the corner of this idyllic bar room scene, a scene that is sound tracked by the music misogynistic marijuana-addled Gangster rap of Dr. Dre. 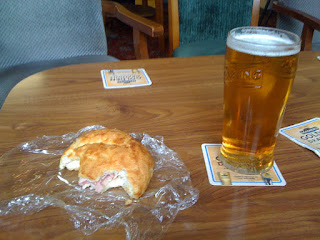 The tinpot lunch of Kings.
Yep, you read that right. Dr. Dre. First up 'Forget About Dre', and then 'Still D.R.E' boom out of the tiny speakers. Sometimes, even I think I make this shit up, but this shizzle's real mothafuckers. Don't believe me? You dissing me? I'll pop a cap in yo' arse. Or something like that. I dunno, I'm from Dorset. 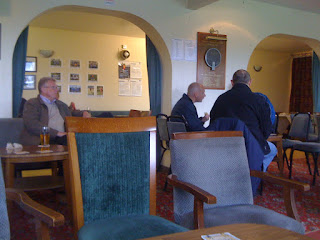 Representing for the gangsters all across the world. Still got love for the streets. Still not loving police.
A few more old boys turn up, no doubt hoping to hear some N.W.A. They offer the staggering combo of being as deaf as a deaf post and fair pissed and struggle to communicate their order consisting of whiskies (“with 2 lumps”) and pasties. A glimpse into their staggeringly hedonistic lifestyle is offered; “what was that we were drinking last night....I'm anybody's after that” whille one octogenarian slurs “I can't drink any more beer today.” It's like looking at my future and I think I like it. *doffs AiT flat cap to sozzled old men*. 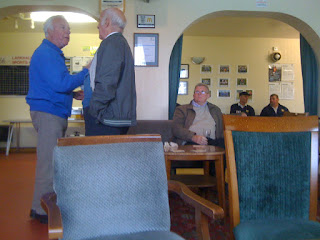 Nowadays everybody wanna talk like they got somethin to say but nothin' comes out when they move their lips just a bunch of gibberish. 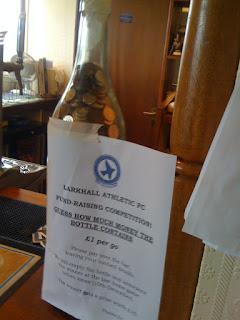 Get Rich or Die Tryin'

The ground offers picture postcard views of the Somerset countryside; a sloping stand, a tiny roofless wooden shed doubling up as a gents that can only be accessed by walking sideways and a steep grass bank around one corner of the pitch. It's from here that the old boys cling tightly to the railing, with one muttering the optimistic "right let's see some football” followed by the much more accurate “they seem to have a lot of yellow outs there.” It's called double vision sir. You're bladdered. 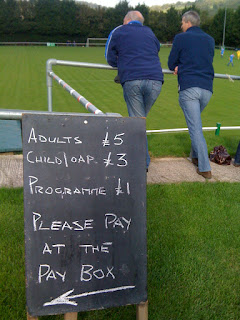 Pay at the what now? 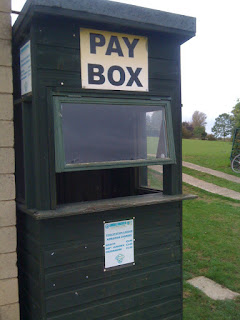 Oh right. Pay box.
Both sides play some really nice football and Bishop Sutton take the lead after seventeen minutes. Opposite me one man breaks tinpot protocol by actually shouting, “Come on You Larks”. No need for that sir, this is Bath, pipe down. While behind one goal little Tarquin and Isabella (names changed to protect the absurdly posh – they were equally as preposterous though) continually roll care free down the slope and nearly on to the field of play.

YOU ARE THE REF not by Keith Hackett and Paul Trevillion.

1. In a tinpot game a striker runs onto a through ball, goes around the goalkeeper and is about to knock the ball into the empty net when he is taken out by a posh kid called Tarquin, who has just rolled down the grass bank behind the goal. What do you do?

The rules on this are quite clear. Re-start the game with a drop ball. Boot Tarquin in the stomach. Thanks to Kenny Legg for the question.

The old boys aren't impressed with what they think they're seeing. Throw in's are greeted with shouts of “rubbish pass”, a nice 1:2 awarded a “noooooooo”” and a goalmouth fight is too far away for them to see “ something's going on there.” Ten minutes before half time one of the old boys imagines he's seen enough, “I'm going in for a cup of tea.” If they drunk tea then my name is Andre Romelle Young. 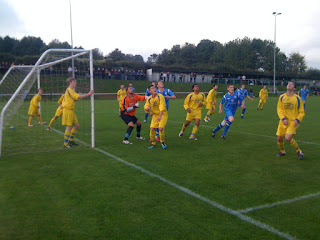 Token match shot.
The second half starts with me fuming after being 1 (one) number out on the raffle and 4 (four) Bishop Sutton subs sent to warm up, with 1(one) immediately sent back as the lino only lets 3 (three) warm up at 1 (one) time. Quite why he was concerned I don't know as the warm up routine consisted solely of leaning on the barrier and chatting to the crowd above. Larkhall switch to three at the back with twenty minutes left, not that I realised – I don't do tactical analysis, I heard the manager shout it. It doesn't work though. Sutton score an amazing second shortly before the end, the nine dances round three players before setting up a team mate to chip it over the keeper. I applaud. This doesn't happen often. 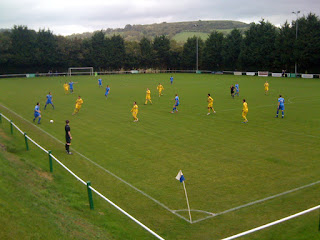 Notorious T.I.N.P.O.T
The old boys know the game is up, “ aint gonna happen”, and stagger off to the clubhouse where they probably remain discussing the impact of Death Row Records, the solo careers of N.W. A and just what would have happened if Skee-Lo was a little bit taller, a baller and with a girl who looked good, all the while being Still D.R.U.N.K
Posted by Kenny Legg at 13:53